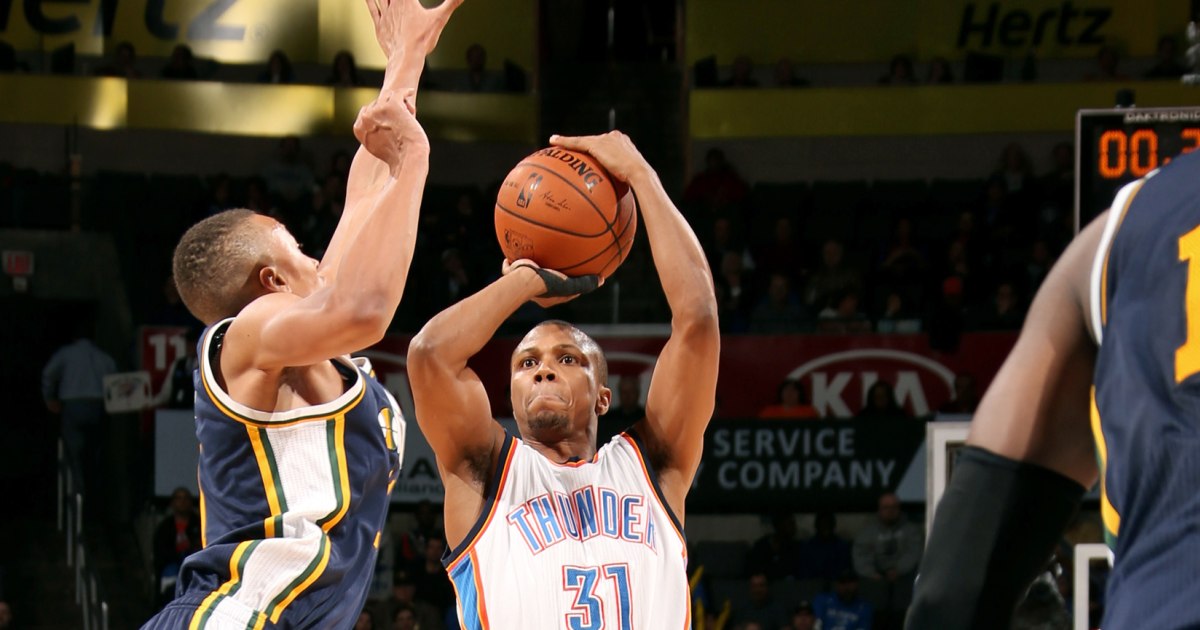 Eighteen former NBA player were charged with trying to defraud of the NBA’s Health and Welfare Benefit Plan. The amount was nearly $4 million.

Allen’s wife, Desiree Allen, was also named as a defendant. They each face charges of conspiracy to commit wire fraud and health care fraud. By midday Thursday, 16 of the 18 former players had been taken into custody, officials said.

“The defendants’ playbook involved fraud and deception,” Audrey Strauss, the U.S. attorney for the Southern District of New York, told reporters. They will be held responsible for flagrant violations of the law. “

Strauss said Williams, 34, a Seattle native who spent four seasons in the NBA, was the “scheme’s linchpin,” submitting false claims to the league’s health care plan.

He was accused of supplying false invoices to support the fraudulent claims in exchange for kickback payments that totaled at least $230,000, authorities said.

Prosecutors alleged that when one player didn’t pay Williams, he called the co-defendant pretending to be a plan administrator and said there was a problem with the claim.

Strauss said the hope was to “frighten the player into re-engaging with Williams,” who was also hit with an aggravated identity theft charge in connection with the call. Officials claim that the defendants filed $3.9 million worth of fake claims and that $2.5 million was actually paid out. Authorities claim that the scheme was exposed partly due to the inept work of the defendants.

For example, Smith, who played for the Houston Rockets, submitted claims for IV sedation, a root canal and crowns that he is alleged to have received during a Dec. 20, 2018, dental procedure in Beverly Hills, California, prosecutors said.

“Travel records, e-mail and publicly available box scores showed that he was playing professional basketball in Taiwan that week and did not receive root canals in Beverly Hills as represented in the claim form he submitted,” Strauss said.

At the time, Smith was in Taiwan’s Super Basketball League, and he scored 11 points for Bank of Taiwan the next day in an 84-76 loss to Kaohsiung Jeoutai Technology. Strauss stated that many players did not bother to compare notes to determine if they were raising red flags for requesting the same procedures on the same day.

Several of the fake invoices and medical necessity forms stood out because “they are not on letterhead, they contain unusual formatting, they have grammatical errors,” according to the indictment.

“The [health care] industry is subject to fraud that costs tens or millions of dollars each year,” he stated. These costs are then passed on to customers and businesses. This is a serious fraud that we are very concerned about. “

Davis is among the best-known of the defendants.

Telfair, the cousin of longtime NBA player Stephon Marbury, a basketball icon in China, was famous before he even set foot on the pro hardwood. He was one of his era’s best-known high school players, and the Portland Trail Blazers took him with the 13th overall pick of the 2004 NBA Draft. It wasn’t clear whether any of these players had retained defense lawyers by Thursday midday.

Brown is the ex-husband of the Grammy-winning R&B singer Monica. His agent declined comment Thursday afternoon.

Relatives of Davis and Allen did not immediately return messages seeking their comment.

The NBA stated that it is cooperating. The benefit plans offered by the NBA and National Basketball Players Association are critical to their players’ health and well-being during their playing careers as well as throughout their lives,” said the league in a statement.

Portis, Vanover and McCune admitted to defrauding an NFL program set up to reimburse medical expenses not covered by insurance for retired players and their families, the Justice Department said.