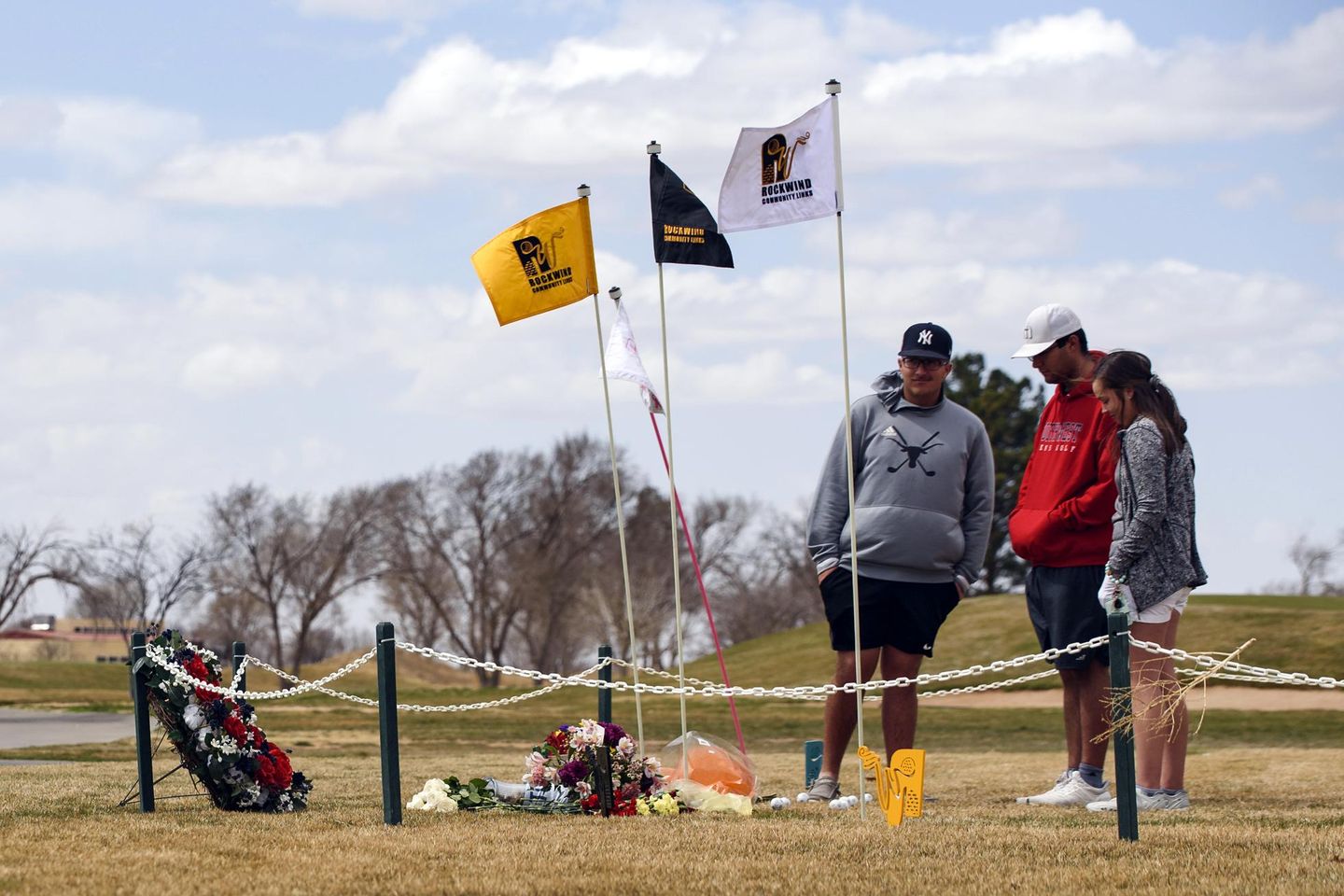 HOBBS, N.M. (AP) — The investigation into this week’s fiery head-on crash in West Texas now focuses on the revelation that a 13-year-old was driving the pickup truck that struck a van, killing nine people, including six members of a college golf team and their coach. The young teen, who is still unidentified, and a…

HOBBS, N.M. (AP) — The investigation into this week’s fiery head-on crash in West Texas now focuses on the revelation that a 13-year-old was driving the pickup truck that struck a van, killing nine people, including six members of a college golf team and their coach.

The young teen, who is still unidentified, and a man traveling in the truck also died.

National Transportation Safety Board Vice Chairman Bruce Landsberg on Thursday revealed the truck was driven by the child. He said the truck’s left front tire, which was a spare tire, blew out before impact.

The pickup truck crossed into the opposite lane on the darkened, two-lane highway before colliding head-on with the van. Both vehicles burst into flames.

Although it was unclear how fast the two vehicles were traveling, “this was clearly a high-speed collision,” Landsberg said.

Landsberg said investigators hoped to retrieve enough information from the vehicle’s recorders, if they survived, to understand what happened. He said many in the van were not wearing seatbelts and at least one was ejected from the vehicle.

It’s not unusual for young teens to drive in that region and other more rural parts of the United States.

But “that was dumb” for a 13-year-old to be driving on a busy two-lane roadway used by oil traffic, said Gib Stevens, who leads area trucking operations for an oilfield servicing company.

One must be 14 in Texas to start taking classroom courses for a learner’s license and 15 to receive that provisional license to drive with an instructor or licensed adult in the vehicle.

Department of Public Safety Sgt. Victor Taylor said a 13-year-old driving would be breaking the law.

The University of the Southwest students, including one from Portugal and one from Mexico, and the coach were returning from a golf tournament when the vehicles collided Tuesday night. Two Canadian students were hospitalized in critical condition.

The NTSB sent an investigative team to the crash site in Texas’ Andrews County, about 30 miles (50 kilometers) east of the New Mexico state line.

University of the Southwest spokeswoman Maria Duarte declined to comment on the NTSB’s announcement about the young driver, citing the ongoing investigation. The private Christian college is located in Hobbs, New Mexico, near the Texas state line.

The golf teams were traveling in a 2017 Ford Transit van that was towing a box trailer when it collided with the 2007 Dodge 2500 pickup, according to NTSB spokesperson Eric Weiss.

Also killed were Henrich Siemens, 38, of Seminole County, Texas, and the 13-year-old boy who was driving the truck.

Critically injured aboard the van were Canadian students Dayton Price, 19, of Mississauga, Ontario, and Hayden Underhill, 20, of Amherstview, Ontario. Both were taken by helicopter to the University Medical Center in Lubbock, about 110 miles (180 kilometers) to the northeast.

“They are both stable and recovering, and every day making more and more progress,” University of the Southwest Provost Ryan Tipton said Thursday.

“One of the students is eating chicken soup,” said Tipton, calling their recovery “a game of inches.”

Tipton said University President Quint Thurman visited the students’ parents at the hospital, illustrating the close community at the college with only about 350 on-campus students.

“Hockey was a big part of life for a while, but his true passion is golf,” said Underhill’s brother Drew Underhill.

The Mexican Federation of Golf posted an online note of condolence to the loved ones of Mauricio Sanchez.

Sousa was from Portugal’s southern coast, where he graduated from high school last summer before heading to college in the U.S., said Renata Afonso, head of the Escola Secundária de Loulé.

A memorial was set up Wednesday at the golf course near campus where the team practices, with flowers, golf balls and a handmade sign.

About 150 people turned out Thursday evening to remember Jackson Zinn at Texas Roadhouse, a restaurant where he worked and met his girlfriend of five months.

The mourners released around 100 blue and orange balloons into the cold whipping wind of eastern New Mexico, which soon disappeared into the horizon.

The university said on Twitter that counseling and religious services were available on campus.

The teams had been taking part in a golf tournament at Midland College, about 315 miles (505 kilometers) west of Dallas.

Attanasio is a corps member for the Associated Press/Report for America Statehouse News Initiative. Report for America is a nonprofit national service program that places journalists in local newsrooms to report on under-covered issues. Follow Attanasio on Twitter.