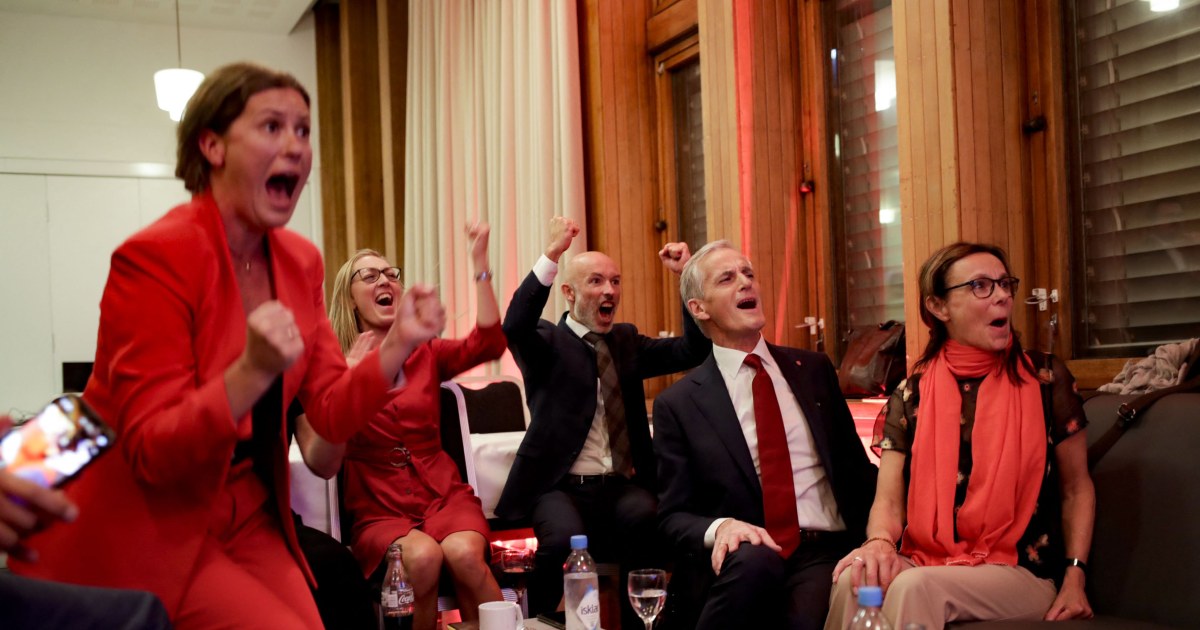 OSLO — Norway's center-left opposition parties are on course to win a majority in parliament after Monday's election and will now negotiate how to form a coalition, with climate change and a widening wealth gap expected to be central to discussions.Conservative Prime Minister Erna Solberg conceded the election and will step down after eight years…

OSLO — Norway’s center – Left-leaning opposition parties are on track to win a majority of seats in parliament. They will now discuss how to form a coalition with climatechange and a growing wealth gap.

Conservative Prime Minister Erna Solberg conceded the election and will step down after eight years in power, while Labour Party leader Jonas Gahr Stoere said he intends to form the next government.

Norway’s status as a major oil and gas producer has been at the heart of the campaign, although a transition away from petroleum — and the jobs it creates — is likely to be a gradual one despite progress by pro-environment parties. Stoere must convince potential center-left partners to compromise over policies that range from oil and private ownership to Norway’s relations with Europe.

“We as the largest party will ensure that Norway gets a new government, and a new direction,” Stoere stated in a speech to party members.

” “In the coming days I will invite all leaders of parties who want to make a difference,” Stoere said. He also stated that he would begin with the Centre Party (and the Socialist Left).

Norway’s crown currency was largely unchanged, trading at 10. 20 against the euro.

“There may be tax increases and a new set of priorities, but the overall size of the public government will not differ significantly from if the existing government is in place,” stated Kjersti Haugland, Chief Economist at DNB Markets.

With 97.5 percent of the votes counted, Labour and four other center-left parties could swing to a combined majority of 100 seats, up from 81 currently, the Directorate of Elections projected.

A minimum of 85 seats is required to win a majority in the 169-seat parliament.

If the projections prove correct, Stoere could form a majority consisting of Labour, the Centre Party and the Socialist Left, which are on track for a combined 89 seats, and avoid having to work with the Marxist Red Party or the anti-oil Greens.

It could prove difficult to get the Centre Party, a rural party, and the predominantly urban Socialists together to govern, due to their differing views on everything from taxes to oil.

Ruling as a minority could be an option for Labour. Stoere stated that his government would be focusing on reducing CO2 emissions, in accordance with the 2015 Paris Agreement. However, he rejected any ultimatum regarding energy policy.

Stoere has pledged to address inequality by cutting taxes for low- and middle-income families and hiking rates for the rich.