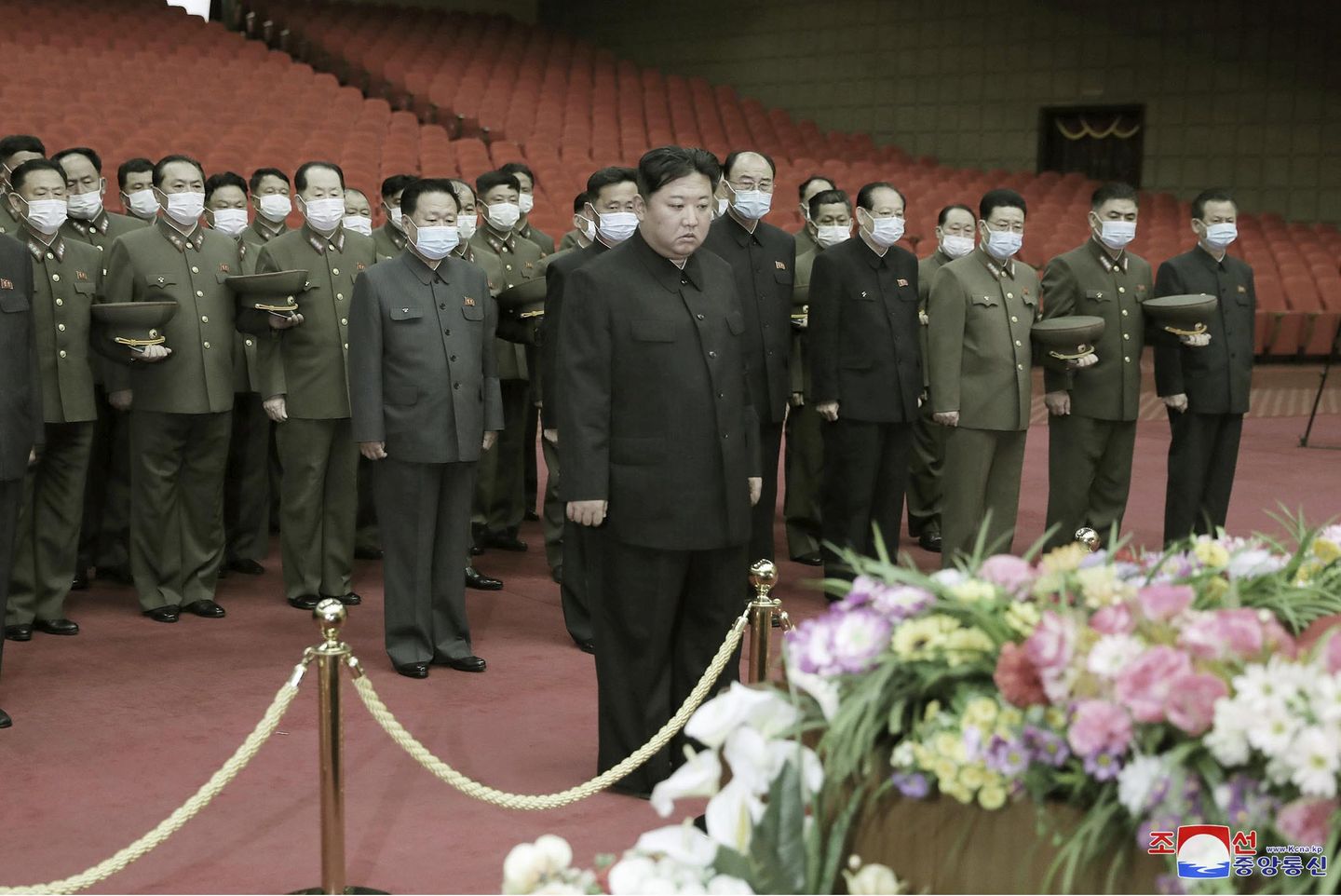 SEOUL, South Korea — North Korea said Saturday it found nearly 220,000 more people with feverish symptoms, even as leader Kim Jong Un claimed progress in slowing a largely undiagnosed spread of COVID-19 across his unvaccinated populace and hinted at easing virus restrictions to nurse a decaying economy. The outbreak has caused concern about serious…

The outbreak has caused concern about serious tragedies in the poor, isolated country with one of the world’s worst health care systems and a high tolerance for civilian suffering. Experts say North Korea is almost certainly downplaying the true scale of the viral spread, including a strangely small death toll, to soften the political blow on Kim as he navigates the toughest moment in his decade of rule.

Around 219,030 North Koreans with fevers were identified in the 24 hours through 6 p.m. Friday, the fifth straight daily increase of around 200,000, according to the North’s Korean Central News Agency, which attributed the information to the government’s anti-virus headquarters.

North Korea said more than 2.4 million people have fallen ill and 66 people have died since an unidentified fever began quickly spreading in late April, although the country has only been able to identify a handful of those cases as COVID-19 due to a lack of testing supplies. After maintaining a dubious claim for 2 1/2 years that it had perfectly blocked the virus from entering its territory, the North admitted to omicron infections last week.

Amid a paucity of public health tools, the North has mobilized more than a million health workers to find people with fevers and isolate them at quarantine facilities. Kim also imposed strict restrictions on travel between cities and towns and mobilized thousands of troops to help with the transport of medicine to pharmacies in the country’s capital, Pyongyang, which has been the center of the outbreak.

During a ruling party Politburo meeting on Saturday, Kim insisted the country was starting to bring the outbreak under control and called for tightened vigilance to maintain the “affirmative trend” in the anti-virus campaign, KCNA said. But Kim also seemed to hint at relaxing his pandemic response to ease his economic woes, instructing officials to actively modify the country’s preventive measures based on the changing virus situation and to come up with various plans to revitalize the national economy.

KCNA said Politburo members debated ways for “more effectively engineering and executing” the government’s anti-virus policy in accordance with how the spread of the virus was being “stably controlled and abated,” but the report did not specify what was discussed.

While imposing supposedly “maximum” preventive measures, Kim has also stressed that his economic goals still should be met, and state media have described large groups of workers continuing to gather at farms, mining facilities, power stations and construction sites.

Experts say Kim can’t afford to bring the country to a standstill that would unleash further shock on a fragile economy, strained by decades of mismanagement, crippling U.S.-led sanctions over his nuclear weapons ambitions and pandemic border closures. State media have portrayed an urgent push for agricultural campaigns aimed at protecting crops amid an ongoing drought, a worrisome development in a country that has long suffered from food insecurity, and for completing large-scale housing and other construction projects Kim sees as crucial to his rule.

The North’s Rodong Sinmun newspaper said farm workers in South Hwanghae province were striving to achieve “miraculous results” in rice-planting to repay Kim, describing how their leader has donated his personal medical supplies to help with anti-virus efforts, which the newspaper said allowed workers to “rise like a phoenix.”

The virus hasn’t stopped Kim from holding and attending important public events for his leadership. State media showed him weeping during Saturday’s state funeral for top North Korean military official Hyon Chol Hae, who is believed to have been involved in grooming Kim as a future leader during the rule of his father, Kim Jong Il.

North Korea’s optimistic description of its pandemic response starkly contrasts with outside concerns about dire consequences, including deaths that may reach tens of thousands. The worries have grown as the country apparently tries to manage the crisis in isolation while ignoring help from South Korea and the United States. South Korea’s government has said it couldn’t confirm reports that North Korea had flown aircraft to bring back emergency supplies from ally China this week.

The North in recent years has shunned millions of vaccine doses offered by the U.N.-backed COVAX distribution program, possibly because of international monitoring requirements attached to those shots. The WHO and UNICEF have said North Korea so far has been unresponsive to their requests for virus data or proposals for help, and some experts say the North may be willing to accept a certain level of fatalities to gain immunity through infection.

It’s possible at least some of North Korea’s fever caseload are from non-COVID-19 illnesses such as water-borne diseases, which according to South Korean intelligence officials have become a growing problem for the North in recent years amid shortages in medical supplies.

But experts say the explosive pace of spread and North Korea’s lack of a testing regime to detect large numbers of virus carriers in early stages of infection suggest the country’s COVID-19 crisis is likely worse than what its fever numbers represent. They say the country’s fatalities would be significantly larger than the official tally and that deaths will further surge in coming weeks considering the intervals between infections and deaths.

North Korea’s admission of a COVID-19 outbreak came amid a streak of weapons tests, including the country’s first demonstration of an intercontinental ballistic missile since 2017 in March, as Kim pushes a brinkmanship aimed at pressuring the United States to accept the idea of the North as a nuclear power and negotiating economic and security concessions from a position of strength.

The economic challenges and COVID-19 crisis are unlikely to slow his pressure campaign. U.S. and South Korean officials have said there’s a possibility the North conducts another ballistic missile test or nuclear explosive test during or around President Joe Biden’s visits to South Korea and Japan this week.

Nuclear negotiations between Washington and Pyongyang have stalled for more than three years over disagreements over how to relax crippling U.S.-led sanctions in exchange for disarmament steps by the North.