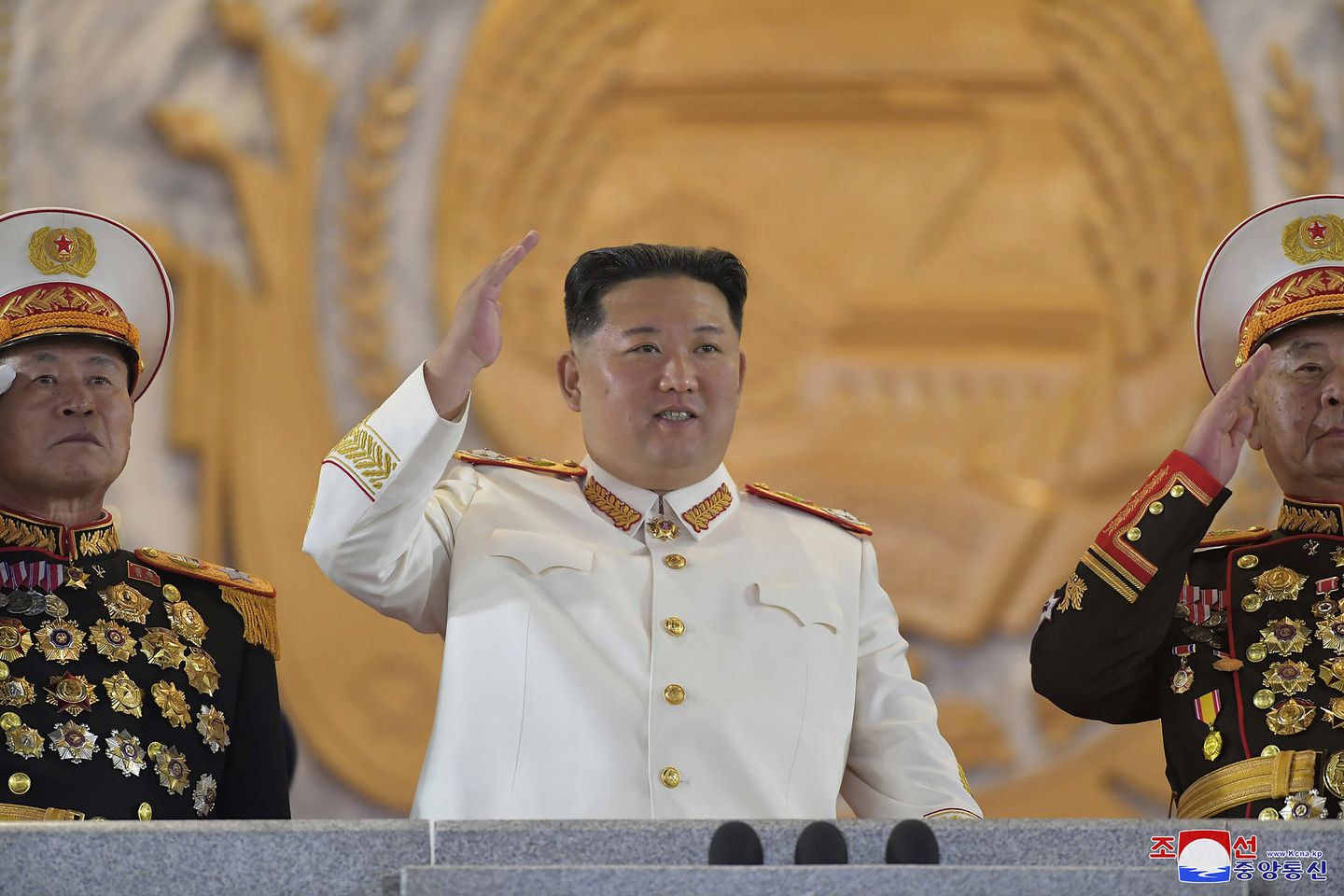 North Korea continued to build missiles and nuclear weapons during the global pandemic and now has nuclear missiles capable of striking the United States, the commander of U.S. Forces Korea disclosed recently in congressional testimony.

“Our method of employing integrated deterrence is to weave together all the instruments of national power, the alliance, allies, and partners to make adversaries pause in their desire to challenge or injure us and our national interests,” Gen. LaCamera said in the testimony delivered on May 17.

North Korea is continuing to develop nuclear weapons and advanced missile systems and is stepping up missile tests, the general said.
Pyongyang launched three test missiles on Wednesday including one suspected of having intercontinental-range. The flight tests followed President Biden’s visit to the region that ended Tuesday.

North Korea “continues to pursue capabilities to hold our Korean and Japanese allies at risk with short- and medium-range missiles, hold U.S. strategic bases within the region at risk with intermediate-range missiles, and hold at risk the U.S. with its intercontinental ballistic missile (ICBM) program,” Gen. LaCamera stated.

During a defense exposition in October the North Koreans unveiled a variety of missile systems that the general said indicated “greater range, accuracy, and lethality while shortening the missile load and launch time from legacy [North Korean] ballistic missile systems.”

The North Koreans have since fired an unprecedented number of missiles with varying ranges that demonstrated new systems with advanced warheads and maneuverability.

“We must assume that some of these systems are likely intended to be nuclear capable,” Gen. LaCamera said, noting that two years ago the North Koreans showed off a new larger ICBM than those tested in 2017.

Another threat from North Korea involves cyber capabilities and other conventional and emerging asymmetric warfare tools.

North Korea last year was able to steal an estimated $400 million in cryptocurrency, according to Gen. LaCamera, who said the money obtained by North Korea from cybercrime is helping to fund the regime’s nuclear missile programs rather than reducing hardships on the North Korean people.

“The regime’s serious commitment to aggressively pursue a weapons development program is noteworthy as it occurred during a period of extreme economic constraint resulting from years of sanctions, recent natural disasters, and of course the ongoing COVID-19 global pandemic,” the general said.

Despite extreme secrecy by the Pyongyang regime, he said, “we assess that the pandemic has provided an opportunity to the regime’s leadership to consolidate and reorganize their economic activities, tighten the control over their general population, and enhance its power structure for the preservation of regime survivability.”

The North Korean regime “expended great resources and effort to advance the full range of its ballistic missiles with the intent of targeting the U.S. and defeating alliance missile defenses on the peninsula,” Gen. LaCamera said.

North Korea’s government for more than two years claimed zero cases of COVID. Earlier this month, the government disclosed that 1.7 million came down with fever and 62 had died in what state media said was the first outbreak. The disease, however, was not identified as COVID.

Gen. LaCamera, meanwhile, said the nearly 30,000 U.S. troops in South Korea, which is formally called the Republic of Korea (ROK), are having problems because of limits on training and exercises.

Three ground ranges in South Korea available for training have restrictions imposed by the Seoul government, and air forces must conduct training off the Korean peninsula.

The U.S. military needs unfettered access to the site to provide logistical support and improve the quality of life for American soldiers posted to the site.

“Limited access also slows the pace of construction projects on site which is critical for maintaining the system’s capabilities, crew training, and upgrades,” Gen. LaCamera said. “All of this hinders the alliance’s ability to operate this defensive system and defend the ROK people, as well as U.S. and ROK service members.”

Gen. LaCamera also said he is concerned that his forces in South Korea are located at the end of a global supply chain that could impact combat readiness of essential munitions, ballistic missile defenses and pre-positioned wartime stocks.

China says war games near Taiwan a warning to U.S.

A Chinese military spokesman said Wednesday that military combat training by the country involving warplanes and warships was intended as a warning to both the United States and Taiwan.

“The way the U.S. deals with the Taiwan question has been in stark contrast to its commitments to us,” People’s Liberation Army Sr. Col. Shi Yi said in a statement. “It continues to embolden ‘Taiwan independence’ forces. Such hypocritical acts are in vain, will lead to a dangerous situation and have grave consequences.”

The comments followed remarks by President Biden that the United States is committed to the use military force to defend Taiwan. The White House later insisted the comment did not represent a new policy.

Col. Shi added: “The theater is determined and able to thwart any foreign interference and attempts at ‘Taiwan independence’, and it will firmly safeguard China’s sovereignty and national security as well as peace and stability in the region.”

The flights involved strategic bombers from the two militaries over the Sea of Japan, East China Sea and western Pacific and took place shortly after Mr. Biden made the comments about using force to defend Taiwan.

Both the Japanese and South Korean air forces scrambled jets to intercept the bombers.

The joint patrol sought to “to test and improve the collaboration ability of the two air forces and promote strategic mutual trust and pragmatic cooperation,” said Col. Wu, noting that his remarks sought to counter reports that the joint bomber patrol was related to the Russian invasion of Ukraine.

A U.S. official told the Financial Times that the joint bomber patrol was a sign of continuing military cooperation between Beijing and Moscow, despite the war in Ukraine.

“It also shows that Russia will stand with China in the East and South China Seas, not with other Indo-Pacific states,” the official said.

Similar Chinese-Russian nuclear bomber exercises were carried out over the Sea of Japan in 2019, 2020, and 2021.

Three years ago, Hollywood appeared to censor the trailer for the forthcoming movie Top Gun: Maverick by removing flag patches of Taiwan and Japan from a scene where the Tom Cruise character Pete “Maverick” Mitchell looks at his leather bomber jacket.

The flags in the 2019 trailer were replaced with meaningless symbols, triggering concerns that Paramount Pictures had censored the flags in a bid to win a coveted Chinese government bid to show the movie in China.

News reports from Taiwan on Wednesday stated that the final version of the film, due out in U.S. theaters this week, includes both flags of the Republic of China, as Taiwan is known, and Japan on the bomber jacket.

Taiwan News reported that a Taiwanese-American woman, Christine Lu, said she saw both flag patches restored during an advanced screening at Naval Base San Diego on May 22.

The flags appeared in an opening credit scene when Maverick is shown looking at his jacket in his old locker before slowly donning the coat. The naval patches on the back of the jacket clearly show both flags, according to the report.