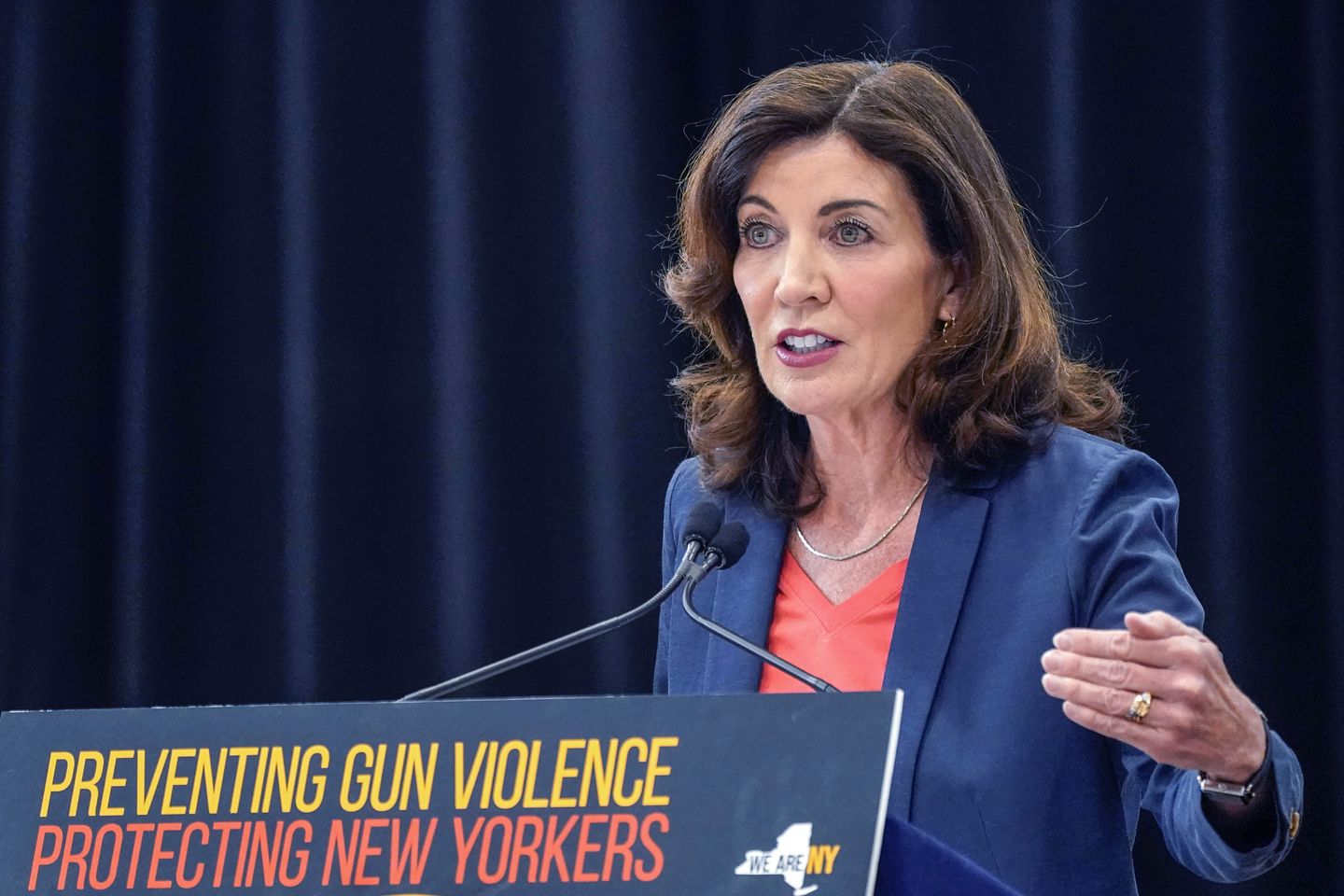 Five of the six states directly affected by the Supreme Court’s ruling striking down subjective standards for concealed-carry permits have curtailed their laws, but New York has doubled down. Lawmakers in the Empire State have made it nearly impossible to carry a firearm in any building — public or private — within the state. The…

Five of the six states directly affected by the Supreme Court’s ruling striking down subjective standards for concealed-carry permits have curtailed their laws, but New York has doubled down.

Lawmakers in the Empire State have made it nearly impossible to carry a firearm in any building — public or private — within the state.

The new state law, which takes effect in September, did away with requiring an applicant for a license to carry demonstrate a special need to obtain one. But in its place, the state issued a lengthy list of locations where guns are banned.

The move makes it nearly impossible to legally carry a firearm anywhere in the state, and it’s already facing legal challenges.

“If you define sensitive places so broadly that you can’t carry anywhere, that’s probably overdoing it,” said Dave Kopel, an attorney and gun-rights advocate.

The law was introduced and passed within 24 hours of the high court’s ruling that the state’s requirements for obtaining a license to carry ran afoul of the Second Amendment.

In the landmark case, Justice Clarence Thomas, who authored the court’s 6-3 majority opinion last month, said the right to bear arms for personal protection cannot be left to vagaries of state legislatures’ decision-making and the Second Amendment that enshrines that right deserves “unqualified deference” from judges.

That doesn’t mean no restrictions are allowed, he said, but any that would have seemed bizarre to the generation that ratified the Bill of Rights cannot be made constitutional by the passage of time or changing beliefs about firearm ownership.

It also requires any private building to disclose whether an individual may carry their gun inside, so without permission from an owner, a gun holder could risk criminal prosecution for carrying a firearm inside a private establishment.

“None of these novel burdens on Americans’ Second Amendment rights are grounded in history, which means they are all ripe for legal challenges and are likely unconstitutional,” said Mark Smith, a Second Amendment expert and scholar at Ave Maria School of Law.

Carl Paladino, a Republican candidate for Congress, has already sued to block the new legislation.

“Governor Hochul signed landmark legislation developed to comply with the Supreme Court’s recent decision in NYSRPA v. Bruen and drafted in close collaboration with the legislature. We have no further comment given pending litigation,” he said.

The ruling in New York State Rifle & Pistol Association v. Bruen invalidated New York’s law governing concealed-carry permits, which required applicants to show they had a particular fear that justified the need to carry a weapon.

Living in a high-crime neighborhood, for example, wasn’t necessarily a good enough reason.

Five other states covering about a quarter of the country’s population — California, Hawaii, Maryland, Massachusetts and New Jersey — had similar “may-issue” laws on the books, and so does the District of Columbia, though its statute has been on hold under a 2017 court ruling.

Maryland, Massachusetts and Hawaii have dropped the requirement to show a special need for a concealed carry permit.

Meanwhile, New Jersey has passed new laws requiring guns bought out of state to be registered and for concealed carry applications to have firearms training. That same training requirement is also required under the New York legislation.

New Jersey, though, stopped short of detailing a laundry list of “special locations” banning guns as New York lawmakers did.

California, similarly, dropped the requirement to show special cause for obtaining a gun license, but has passed other gun-control measures — and Democrats have vowed more will come.

Most recently, California Gov. Gavin Newsom signed a law this week allowing victims of gun violence, as well as state and local government agencies, to bring civil liability lawsuits against firearms manufacturers.
Gun-rights advocates charge these measures will likely face legal battles, and could very well fall short due to the standard set out in the Bruen holding that requires the government to show its restrictions are deeply rooted in American history.

“Every state is sort of puzzling what to do,” said Michael Meyerson, a law professor at the University of Baltimore. “At this point, every gun law is open to challenge.”

But states could have mirrored Connecticut’s law, according to Michael Lawlor, a professor at the University of New Haven and former Connecticut state lawmaker.

The high court highlighted Connecticut’s legislation in a footnote in Justice Thomas’ opinion, pointing out it gives government officials a bit of discretion, allowing them to reject a conceal-carry applicant if the individual is not a “suitable person” — meaning they can deny a license to anyone who has shown conduct not suitable for handling a firearm.

“One of the problems we are dealing with in the country is there are just way more guns in circulation than there are responsible gun holders,” Mr. Lawlor said.