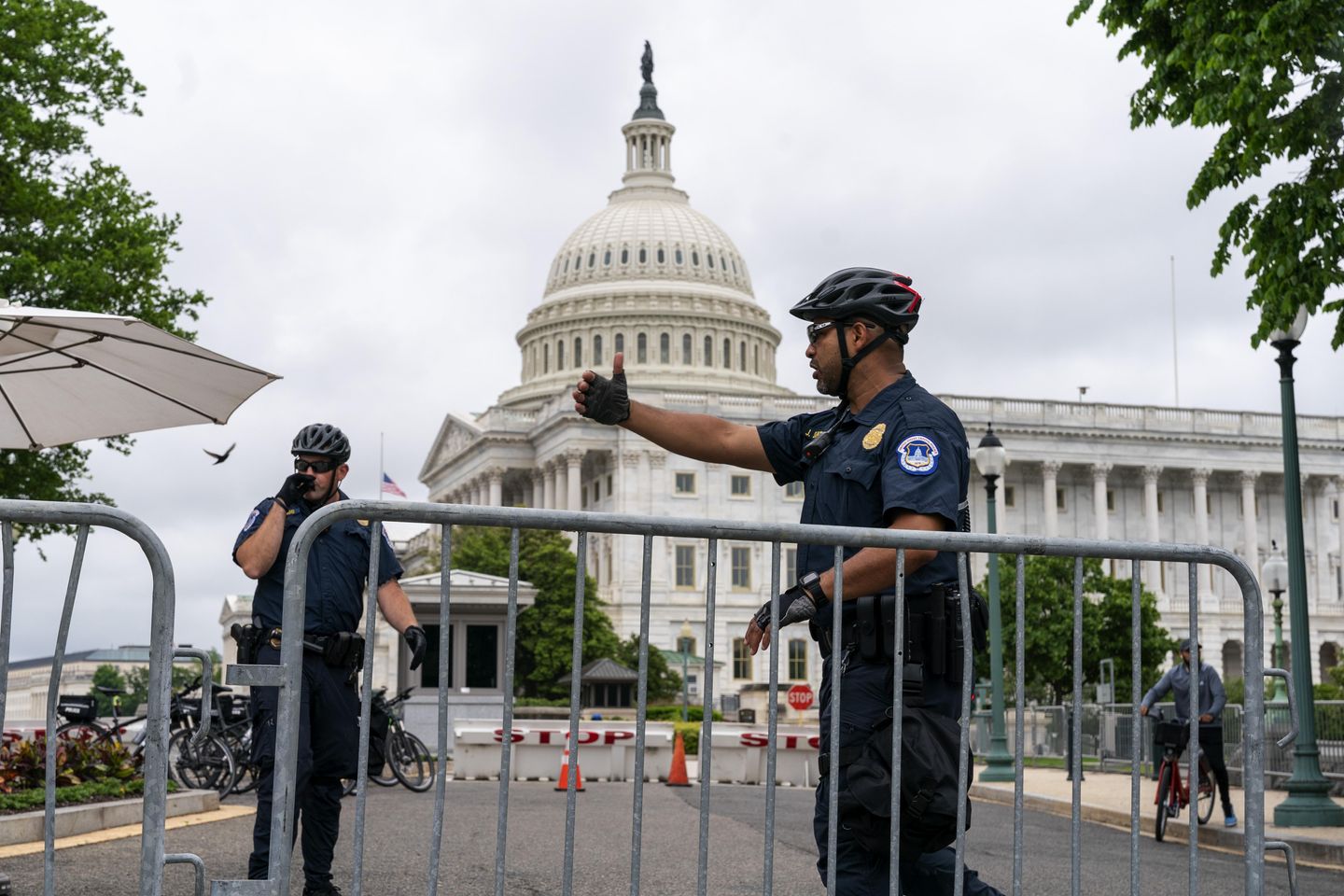 Police arrested dozens of pro-abortion protesters in cities across the country over the weekend as activists took to the streets to denounce the Supreme Court’s overturning of nationwide abortion rights, directing their anger at conservative justices, Republican lawmakers and right-leaning news outlets. After a night of protests on Friday immediately following the court’s decision, protesters…

Police arrested dozens of pro-abortion protesters in cities across the country over the weekend as activists took to the streets to denounce the Supreme Court’s overturning of nationwide abortion rights, directing their anger at conservative justices, Republican lawmakers and right-leaning news outlets.

After a night of protests on Friday immediately following the court’s decision, protesters returned to the streets Saturday to express their outrage.

“On several occasions, officers had to address people in the roadway and parties from one side trying to go over to another,” the department said.

Authorities deemed the gathering an unlawful assembly after demonstrators refused to clear the roadway. After multiple warnings, police arrested one protester which spurred others to interfere with the arrest.

Police in Colorado are investigating a fire at a pregnancy center in Longmont, near Denver, that broke out early Saturday.

Vandals spray-painted “If abortions aren’t safe, neither are you,” on the front of the building.

No injuries were reported from the fire, which police are investigating as arson. The FBI evidence response team is assisting in the investigation.

An off-duty police officer was charged Saturday in Rhode Island for punching a woman at an abortion protest at the State House in Providence on Friday.

Jeann Lugo, 35, faces assault and disorderly conduct charges for punching Jennifer Rourke, a state Senate candidate, during an altercation at the protest.

Ms. Rourke, a Democrat who chairs the progressive Rhode Island Political Cooperative, said she was attempting to escort a counterprotester from the demonstration when the altercation broke out.

Mr. Lugo turned himself in Saturday. He told the Boston Globe that he “stepped in to protect someone in the group that agitators were attacking.”

In Los Angeles, one man has been charged with attempted murder for allegedly attacking a police officer as a pro-abortion protest in the city devolved into a clash with public safety officers.

Police say Michael Ortiz, 30, threw a makeshift flamethrower at an officer who was treated for burns following the incident.

Others threw “fireworks and other makeshift weapons,” at police, authorities say, as the protests stretched into Friday evening.

The demonstrators marched on the 110 Freeway, blocking access to cars in response to the Supreme Court’s ruling.

“Unfortunately some chose to enter the freeway posing a serious risk,” the police chief said on Twitter. “Later a much smaller group fired pyrotechnics at officers. Our people strived to facilitate demonstrations while defending our people from dangerous assaults.”

Authorities in Oregon arrested 10 pro-abortion protesters when a demonstration in Eugene devolved into a violent clash with police.

Police said “people began arrived to the area wearing all black clothing with masks and hoods,” at around 9: 21 p.m. on Friday. Some of the demonstrators picked up rocks and began putting on gas masks as the crowd grew, Eugene’s police department said in a statement.

The majority of those arrested face charges of disorderly conduct. One faces charges of harassment and another was charged with resisting arrest.

Police arrested at least two dozen demonstrators, according to estimates, in New York on Friday as thousands marched through the city holding signs that said “Keep your laws off my body,” and shouting “My body, my choice.”

One police officer estimated as many as 17,000 protesters were in the crowd, the New York Post reported.

The crowd chanted “Burn it down!” as it marched outside of Fox News’s headquarters as it snaked through the city before blocking traffic in Midtown Manhattan at around 11 p.m.

Pro-abortion protests and marches of various sizes erupted across the country, including in Chicago, Denver, Los Angeles, Philadelphia, Portland, San Francisco and Seattle.

In Washington, demonstrators began congregating outside of the Supreme Court soon after the decision was announced.

Washington has been on edge awaiting the ruling since a draft decision was leaked and published by Politico.

It was the first time a full draft opinion has been leaked in the Supreme Court’s 233-year history.

Pro-choice protesters, enraged by the expected overturning of Wade, which legalized abortion nationwide, have shown up outside the houses of conservative justices.

The crowd outside of the Supreme Court, which included both supporters and those opposed to the decision, grew throughout the afternoon and into the evening before dispersing at around 11 p.m.

Demonstrators returned to the Supreme Court Saturday, where activists splattered red paint on the sidewalk. Two were arrested for destruction of property.

The Metropolitan Police Department announced that it would remain in “full departmental activation” until Tuesday.

“Mayor [Muriel] Bowser has been briefed and is committed to providing the necessary resources and support to keep our community safe,” the MPD said in a statement. “As the nation’s capital, we take seriously our responsibility to support First Amendment rights.”

Multiple groups pledged on Twitter Friday to protest outside of the houses of the conservative justices, where U.S. Marshals have increased security in recent weeks.

Small groups of protesters gathered near the homes of Justices Brett Kavanaugh and Clarence Thomas on Friday.

Law enforcement in Phoenix, Arizona, disbursed a crowd gathered outside the state’s Senate building Friday evening after the situation escalated into what Republican state lawmakers called an “insurrection.”

“While Arizona State Senate members were wrapping up passing important legislation for the session, extremist demonstrators made their way to the entrance of the Senate building and began forcibly trying to make entry by breaking windows and pushing down doors,” the state lawmakers said in a statement.

Twitter posts from the scene show heavily-armed officers gathered in and around the building as protesters gathered outside.

Pro-choice groups have called for a “Summer of Rage” in response to the decision.