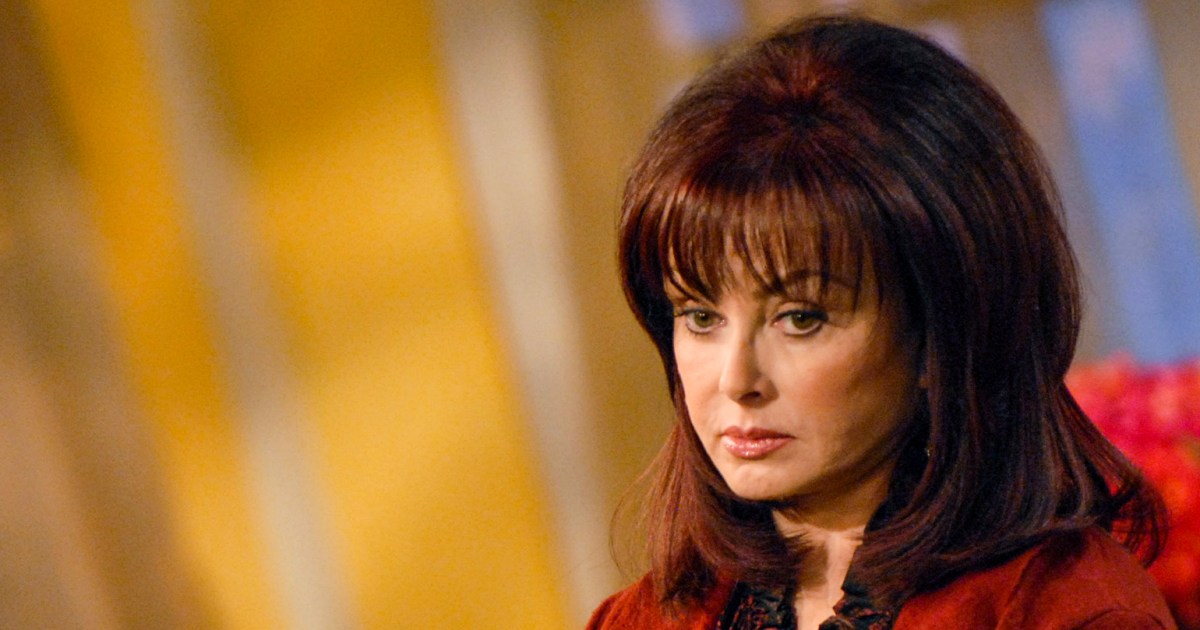 In recent years, Naomi Judd had been candid about her battle with suicidal ideation, panic attacks and the ups and downs of her mental health struggles.The fight eventually led her to advocate for others, offering words of solace and solidarity to those who also struggled with suicidal thoughts. Judd died Saturday at 76. Daughters Wynonna…

In recent years, Naomi Judd had been candid about her battle with suicidal ideation, panic attacks and the ups and downs of her mental health struggles.

The fight eventually led her to advocate for others, offering words of solace and solidarity to those who also struggled with suicidal thoughts.

Judd died Saturday at 76. Daughters Wynonna and Ashley Judd said they had lost their mother to “the disease of mental illness.”

“We are shattered. We are navigating profound grief and know that as we loved her, she was loved by her public. We are in unknown territory,” they said in a statement Saturday.

While Judd in some instances said she had struggled with her mental health her entire life, she often cited the close of The Judds’ “Last Encore” tour in 2012 as when things got particularly dark.

In her 2016 memoir, “River of Time: My Descent into Depression and How I Emerged with Hope,” Judd said her depression was at its worst after the tour, when suppressed memories of a childhood molestation re-emerged.

“I never dealt with all the stuff that happened to me, so it came out sideways, as depression and anxiety. Depression is partly genetic, and I have it on both sides of my family,” Judd said in a 2017 essay for NBC News.

Judd said she was immobilized during her depression as her muscles atrophied from lack of movement. An elevator was installed in her home to help her traverse the floors of the house.

Eventually, Judd was diagnosed with treatment-resistant severe depression, she said in an interview with ABC’s “Good Morning America.”

“Treatment-resistant because they tried me on every single thing they had in their arsenal. It really felt like, if I live through this, I want someone to be able to see that they can survive,” she said.

Judd said she spent stints in psychiatric wards during her mental health struggles.

“I had to go into serious treatment, and it was a long road — an incredibly painful road. There were times when I didn’t think I was going to make it,” Judd wrote in her 2017 essay.

She said she felt the most like herself when she was onstage. But what the crowds of adoring fans didn’t see were the mental health struggles that followed when the tour ended.

“I would come home and not leave the house for three weeks and not get out of my pajamas and not practice normal hygiene. It was really bad,” she said.

It was during her bout with her depression after the “Last Encore” tour that Judd’s suicidal ideation became relentless and she convinced herself that her family would rationalize and understand her desire to die.

“It’s so beyond making sense but I thought, ‘Surely my family will know that I was in so much pain and I thought they would have wanted me to end that pain,’” Judd said, according to People Magazine.

What stopped her from acting on her suicidal ideation was the idea that a member of her family would have to find her body, she said.

Naomi and Wynonna, who made up the country duo The Judds, had a strained relationship at some points, Naomi said. In 2011, the pair declared that therapy had healed their relationship.

The pair also appeared on the OWN documentary series “The Judds” that year. However, through the filming of the documentary, the pair grew apart, according to People.

By the time Naomi Judd began promoting her book in 2016, she said, she and her daughter were “on a break.”

“Wy bore the brunt of all of the mistakes I made, and we talk about them. We’ve been through a lot of therapy together,” she said.

It appeared that the relationship had somewhat mended by last year as Wynonna and Naomi helped to care for Ashley, who was in an accident in the Democratic Republic of Congo in 2021, in which she fell and severely injured her leg, breaking it in several places.

Naomi also went through her own physical struggles while she was trying to manage her depression. It was during the promotion of her book that Judd revealed the physical effects of her treatment, including how it ravaged her appearance.

Medications caused her face to swell and her hair to fall out, she said in 2016. She said lithium caused her right hand to shake, and she said she looked “horrible.”

She also revealed that she had to wear a wig or a hairpiece because of her hair loss.

“It’s a drag. I’m always afraid I’m going to leave my wig in the car or at home. And I’ll sew hair inside across the back of my hats, so it looks like real hair,” she told People.

Still, Judd said she understood that to conquer the crippling depression and overwhelming panic attacks, she had to continue her treatment.

The struggle eventually led her to advocate for others. Judd would go on to work with what is now known as the National Alliance on Mental Illness and the Vanderbilt Psychiatric Hospital “to try to reduce stigma and get the word out about treatment for mental illness,” she wrote in 2017.

In 2018, she and Dr. Daniel R. Weinberger, a physician, published a letter titled “Love Can Build a Bridge,” discussing how suicide was a preventable cause of death.

“For everyone mourning the death of someone who committed suicide, an inevitable question arises: Why did this happen? Unfortunately, we don’t have very good answers,” the letter reads.

Judd and Weinberger closed the letter by imploring the U.S. to put more resources into studying and preventing suicides.

“In fact, the federal government spent more money last year to study dietary supplements than to understand why Americans decide to take their own lives,” the pair wrote. “It’s about time we do better.”

If you or someone you know is in crisis, call the National Suicide Prevention Lifeline at 800-273-8255, text HOME to 741741 or visit SpeakingOfSuicide.com/resources for additional resources.