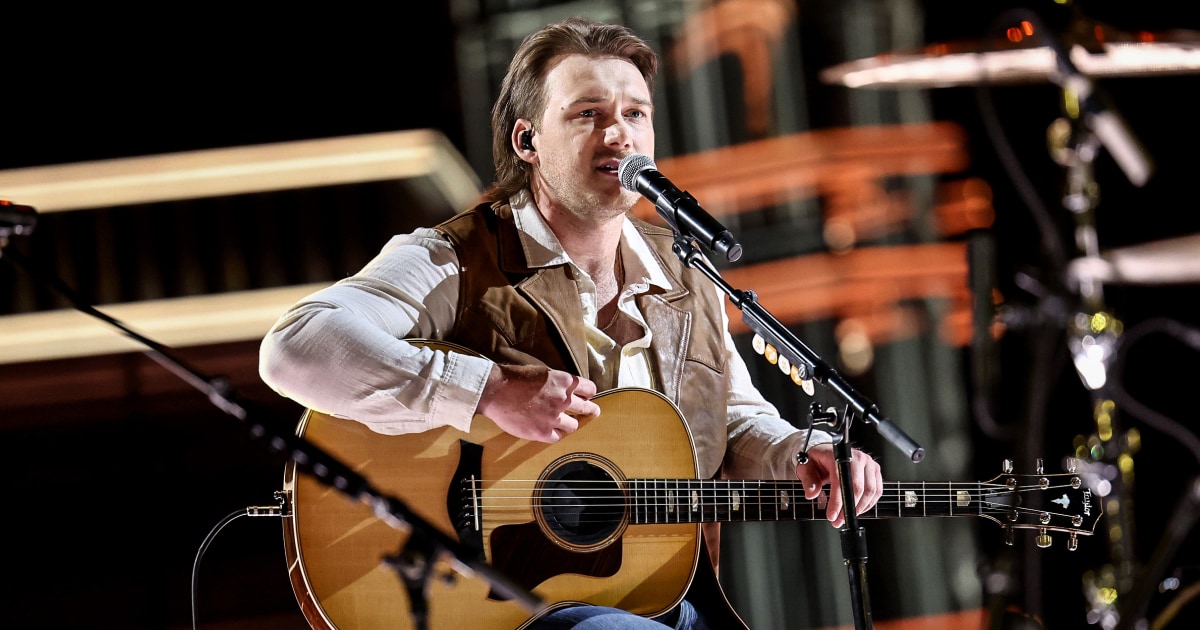 Country singer Morgan Wallen returned to the awards show stage at the 2022 Billboard Music Awards on Sunday for the first time since his racial slur scandal, but some viewers were outraged with the efforts to "un-cancel" him.It's been over a year since the 29-year-old singer, who hails from Tennessee, was caught on video using…

Country singer Morgan Wallen returned to the awards show stage at the 2022 Billboard Music Awards on Sunday for the first time since his racial slur scandal, but some viewers were outraged with the efforts to “un-cancel” him.

It’s been over a year since the 29-year-old singer, who hails from Tennessee, was caught on video using the N-word in February 2021. Amid backlash to the video, Wallen’s music was temporarily dropped from radio stations and his recording contract with Big Loud Label was suspended.

Wallen didn’t address the controversy as he performed on stage at the MGM Grand Garden Arena in Las Vegas, where he sang “Don’t Think Jesus” and “Wasted on You” and was later presented with the Top Country Male Artist award.

Host Sean “Diddy” Combs said in an interview with Billboard days before the ceremony that “one of the things I’m doing directly is un-canceling the canceled.”

“The mood of the show is about love and forgiveness. As a musical family, none of us are saints; none of us are without things that happen to them in life,” he said.

“Travis went through a tragedy; Morgan [used the N-word] while talking to his boy,” he continued. “People make mistakes. Now we’re moving on with love and respect for everybody that was hurt or affected. It’s time to forgive. To have Morgan and Travis be able to come back and touch the stage again with the mindset of getting a second chance at life.”

Some viewers balked at Wallen’s performance and Diddy’s stance to “un-cancel” him.

“Sorry, we don’t support racists, next …” one social media user wrote on Twitter.

“Morgan Wallen is a white man caught on camera slinging the n word around, and yet Diddy thinks it’s worth ‘uncancelling’ him? It’s not about cancel culture. It’s about Morgan Wallen being despicable,” another person tweeted.

Some Twitter users noted that giving Wallen a platform felt especially tone deaf as the ceremony honored Tamika Mallory, a Black social justice advocate. The show also made reference to the Saturday shooting at a Buffalo, New York, supermarket that left 10 dead — an act police are calling a hate crime and where a majority of the victims were Black.

“Diddy ‘uncanceling’ morgan wallen and having him perform at the show while awarding tamika mallory an award for her dedication to activism makes no sense,” one Twitter user wrote, noting Mallory was awarded the REVOLT Black Excellence Award.

“The billboard music awards making a whole speech about the mass shooting in buffalo only to have morgan wallen perform two songs 15 mins later lmfao what a joke,” one spectator tweeted.

“Morgan Wallen just accepted the Billboard Award for best male country artist like no one even cares that he throw around the N-word like it’s no big deal,” another added.

In wake of the scandal, Wallen issued a video apology last year on his Instagram account, saying he used the word after a 72-hour bender.

“I was wrong. It’s on me to take ownership of this and I fully accept any penalties I’m facing,” he said.

He revealed he met with unnamed Black leaders and members of the Black community following the controversy noting, “I’ll admit to y’all I was pretty nervous to accept those invitations from the very people I hurt.”

“I came away from those discussions with a deep appreciation for them and a clearer understanding of the weight of my words. I wish the circumstances were different for me to learn these things, but I’m also glad it started the process for me to do so.”

Despite the scandal, Wallen’s music has proved to be a hit, landing him nominations at the Billboard Music Awards for Top Billboard 200 Artist, Top Country Artist, as well as Top Country Male Artist. The “7 Summers” singer is currently in the midst of a tour slated to end in September.