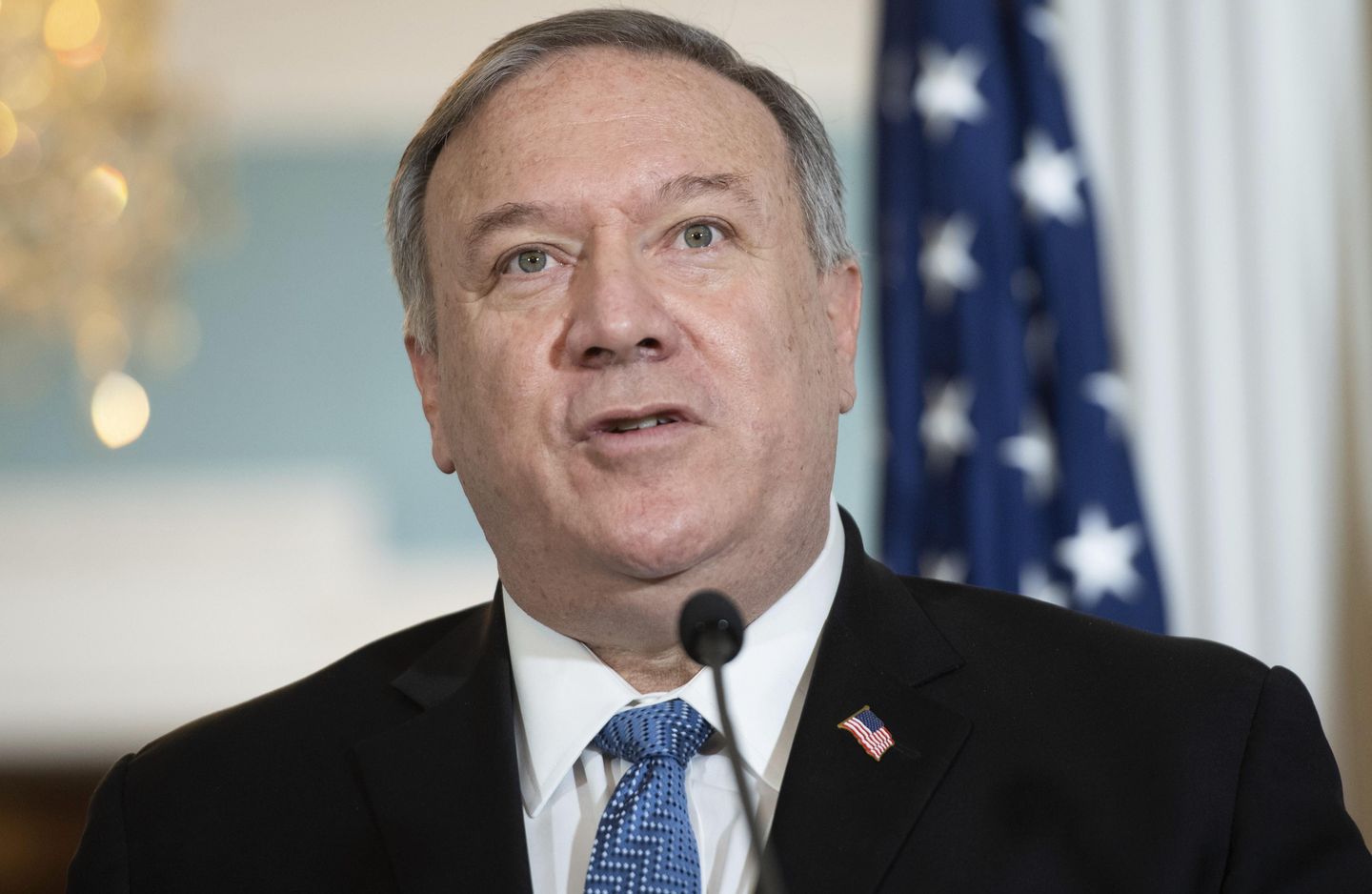 China’s Communist Party is engaged in aggressive influence and intelligence operations inside the United States, targeting federal, state and local governments, according to former Secretary of State Mike Pompeo. Mr. Pompeo said that during his 1,000 days as secretary of state under former President Trump, he declassified an intelligence report that revealed how Beijing was…

China‘s Communist Party is engaged in aggressive influence and intelligence operations inside the United States, targeting federal, state and local governments, according to former Secretary of State Mike Pompeo.

Mr. Pompeo said that during his 1,000 days as secretary of state under former President Trump, he declassified an intelligence report that revealed how Beijing was targeting state governors in a bid to influence their policies in favor of China.

The former secretary of state who seems to be preparing to run for president in 2024, described what he called the successes in U.S. policy toward China under the Trump administration. This shift reversed decades of conciliatory policies of successive Republican or Democratic administrations.

The threat posed by China Communist Party, which Mr. Pompeo claimed does not represent more than 1,000,000 Chinese people, is not far away.

“When you say it’s not far off, it means that it’s already here in the United States of America,” he stated in a speech Saturday night before a crowd of mostly Chinese-Americans living in Livermore in California near San Francisco.

Mr. Pompeo recalled how he warned a group of some 40 U.S. governors in February 2020 that China was targeting state and local governments for both influence and money.

The secretary stated that the governors present at the meeting were more concerned with state issues than foreign policy. However, she was informed by the Chinese Communist Party that they .”

“I was able to declassify a report that spoke to the Chinese Communist Party’s attempt to influence governors in the United States of America,” Mr. Pompeo stated.

” These were operations of deep influence. Unclassified documents had a range that indicated for each governor whether they were friends of China or foes of China .

The operation highlighted the large influence campaign that the CCP was running in the United States at all levels of government and society.

Another example nefarious Chinese activity is “the massive spy network operating in the United States”, which was created by Chinese spy agencies working from the Chinese consulate at Houston. Mr. Pompeo stated.

The consulate was closed July 2020 due to spying which officials claimed was primarily focused on the theft of valuable intellectual property and medical supplies.

“This was known for a while, but no administration was ready to take any action to shut down what the Chinese Communist Party did inside our country,” Mr. Pompeo stated.

The former secretary of state warned that the Chinese are financing large-scale nuclear and conventional weapons production by encouraging state pension funds to invest China .

The governors were informed that their pension funds were investing in weapons that could one-day kill American citizens, Mr. Pompeo stated.

” You should seriously consider investing in China , where the Communist Party uses the proceeds from hard-earned dollars that Americans have invested in retirement to build up the Chinese military apparatus.” he stated.

China‘s communist government and military has been embarked for decades on a buildup of missiles, warplanes, warships and submarines that appears far beyond what is required for national defense.

In recent weeks, satellite photographs have revealed what U.S. officials say is three large missile fields in western China that intelligence agencies believe will be used for an estimated 350 new DF-41 missiles, each with up to 10 warheads.

” We need to bring all the tools of America to bear to stop that from happening,” he stated.

“Important to that statement is the fact that we discovered that not a single Chinese communist official had ever said anything that could be believed,” Mr. Pompeo stated.

Mr. Pompeo claimed that the 4 million deaths during the pandemic resulted from a “almost certain” leak or accident at the Wuhan Institute of Virology.

Chinese leaders realized that the virus was extremely contagious and highly lethal, and shut down Wuhan. They allowed thousands of Chinese to travel around the globe from the province, which triggered the pandemic.

” The world must see that they don’t value human lives,” Mr. Pompeo stated of the Chinese leadership and said that leaders must “ultimately be called to atone .”

China denies that the virus was created in its virus-research labs and instead blames America for the outbreak.

” We have to acknowledge that the lies that the Chinese Communist Party continue to tell around the globe are lies,” Mr. Pompeo stated.

On China ‘s suppression of democracy in Hong Kong. Mr. Pompeo stated he is afraid the former British colony will be “lost” until it is defeated by the CCP.

Americans he stated, now have a “clarion calling and moral duty” in Taiwan to stop it from suffering the same fate.

China has been stepping up military provocations against Taiwan and Chinese President Xi Jinping has vowed China will retake the island that broke from the mainland in 1949 in the wake of the Communists’ civil-war victory.

Mr. Pompeo said U.S. policy toward China‘s ruling party has been “backward” since at least 1972, when the Nixon administration began opening relations with Beijing, as a Cold War counterweight to the Soviet Union

During the Trump years, “for the first-time in an awfully lengthy time, the United States diverted our energy and made it clear that the Chinese Communist Party wouldn’t last forever,” Mr. Pompeo stated.

The basis of the Trump policy was to recognize that China has been ruled by Marxist/Leninist leaders who intend not only to keep power over the Chinese people, but also to “dominate the region and the entire world .”

The ideological fight against Chinese communism is a hard one, but it is worth fighting he stated.

” Those who claim we need to be kind to the Chinese Communist Party do not understand that negotiating like this is impossible,” Mr. Pompeo stated.

Mr. Xi, China’s supreme leader, said he is calling for a Chinese “kingdom”, and a Chinese dream.

This CCP vision is completely contrary to the American dream for freedom and democracy, Mr. Pompeo stated.