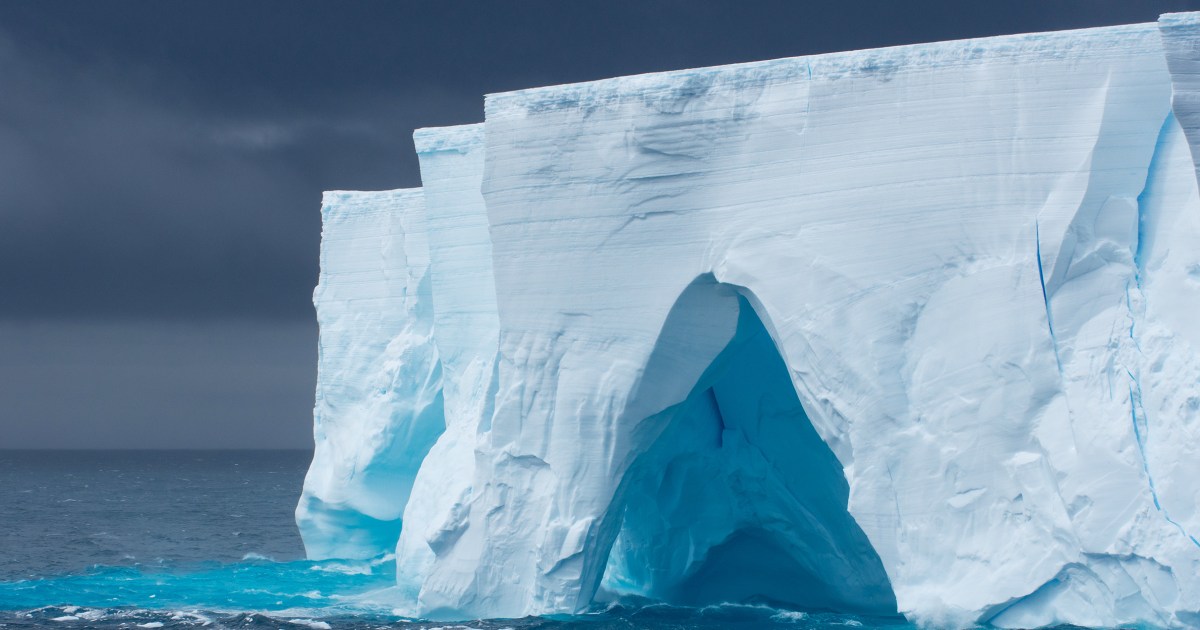 Microplastics have been found in fresh snowfall in Antarctica for the first time. In recent years, scientists discovered microplastic pollution near the summit of Mount Everest and in the Marianas Trench — at depths among the deepest in the ocean. Now, the icy continent at the southern tip of the world — which is visited mostly by…

Microplastics have been found in fresh snowfall in Antarctica for the first time.

In recent years, scientists discovered microplastic pollution near the summit of Mount Everest and in the Marianas Trench — at depths among the deepest in the ocean.

Now, the icy continent at the southern tip of the world — which is visited mostly by scientists — joins the remote reaches of the planet where researchers have documented the presence of these tiny pieces of polymer.

Researchers gathered snow samples from 19 different sites in Antarctica’s Ross Island area and found an average of 29 particles in each sample. The majority of the particles were from a type of plastic found in clothing and water bottles.

The researchers’ discovery, published earlier this week in the journal The Cryosphere, suggests not even remote Antarctica ecosystems will avoid contamination from microplastics.

“It’s incredibly sad but finding microplastics in fresh Antarctic snow highlights the extent of plastic pollution into even the most remote regions of the world,” Alex Aves, a lead author of the study, said in a news release.

The ubiquity of microplastics is of growing interest and study by researchers because they are associated with potentially irreversible negative environmental effects and could affect human health. Early studies suggest concentrated exposures to microplastics in humans could cause inflammatory responses and cell damage, but scientists say more research is needed to understand what risks, if any, microplastics pose.

To test for microplastics, researchers from the University of Canterbury in New Zealand analyzed samples collected from 13 remote locations and six locations near research stations on Ross Island. A researcher visited all of the sites over three consecutive days following a large snowfall event to collect enough surface snow to fill half-liter stainless steel bottles. The bottles were then shipped back to New Zealand.

In New Zealand, the samples were thawed, filtered and processed in a laboratory designed to reduce the risk of contamination from plastic equipment.

To further control for contamination, the researchers also analyzed several samples from bottles filled not with snow but ultra-pure water. Two of the water samples came from bottles that a researcher left in the snow empty, open and exposed.

In their analysis, the researchers excluded any particles identical to those found in these field and control samples.

For the 19 field sites, the researchers found an average of 29 individual plastic particles in each sample of melted snow. Together, the samples included 13 different types of plastic. Samples from remote sites, farther from scientific research bases in Antarctica, contained fewer particles of plastic.

Polyethylene terephthalate (PET) was the most common plastic found. The plastic, which is often in water bottles and synthetic clothing, was found in about 79 precent of samples.

Atmospheric models suggest it’s possible that some of the plastic found during these visits traveled hundreds or thousands of miles to reach the world’s southernmost continent, perhaps from New Zealand or Patagonia, the southernmost region of Chile and Argentina.

Microplastics were found previously in the Southern Ocean.

The researchers suggest the microplastics could have traveled as dust or even have been deposited from the sea during sea spray.

What’s more likely, the researchers suggested in the study, is that the plastics came from clothing, building materials or marker flagging at Scott Base and McMurdo Station, which are research stations on Ross Island.

Microplastics are ubiquitous in most parts of the world, with research showing they’re found in the air we breathe and the dust that accumulates on our floors.

Microplastics could pose risks to the food chain in Antarctica, the study suggests. Previous research suggests microplastics could disrupt zooplankton’s biological processes and affect Antarctic krill — which form the base of the continent’s food web. The presence of microplastics in penguins’ diets could put the creatures at risk of health effects, the researchers suggested.

Evan Bush is a science reporter for NBC News. He can be reached at Evan.Bush@nbcuni.com.