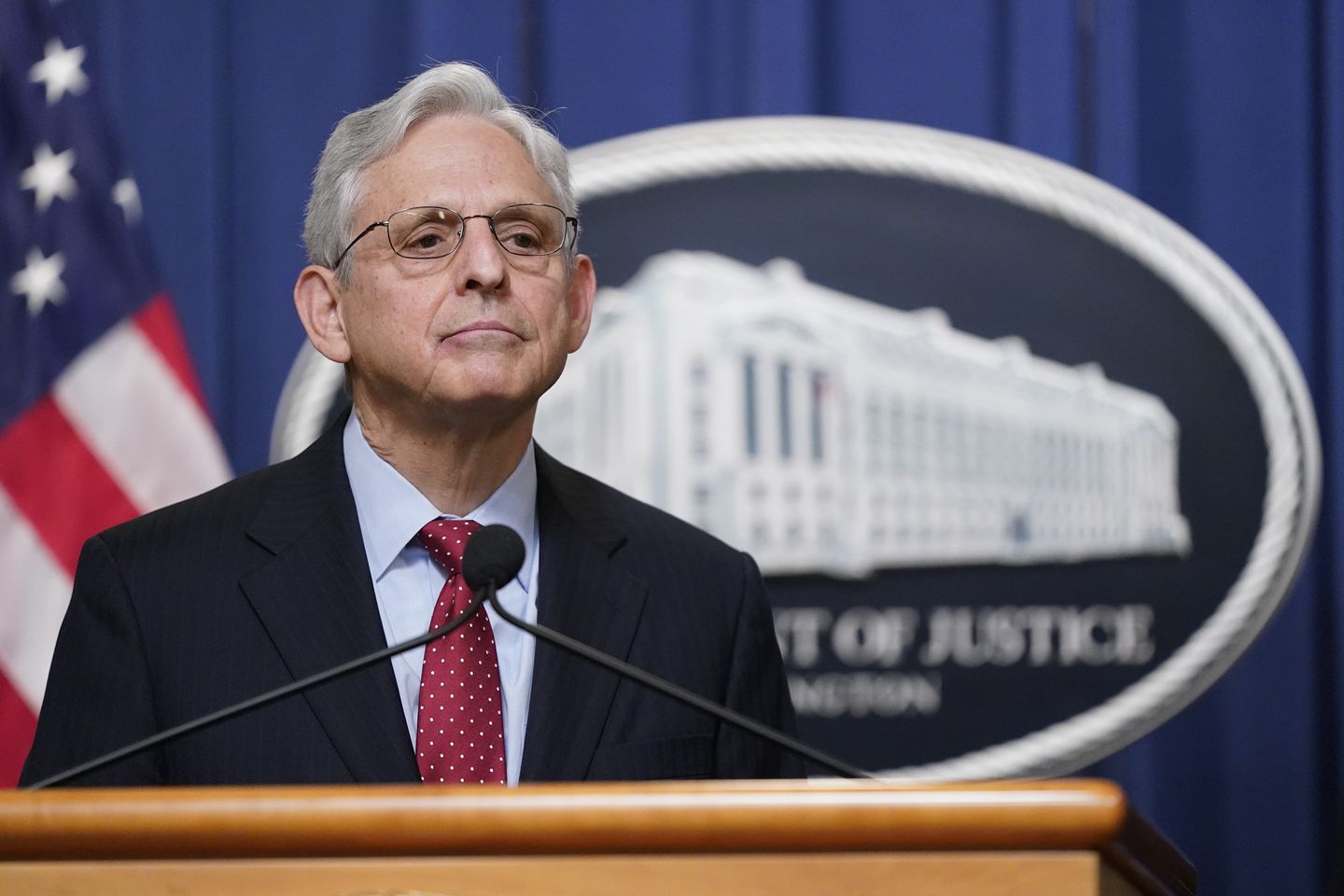 The department did not say whether the support would include guarding the justices’ homes, which have become the scene of protests by pro-choice demonstrators upset over the leaked draft majority opinion striking down Roe v. Wade.

The announcement came shortly after Maryland Gov. Larry Hogan and Virginia Gov. Glenn Youngkin, both Republicans, urged Mr. Garland in a Wednesday letter to “provide sustained resources to protect the Justices and ensure these residential areas are secure.”

The group Ruth Sent Us announced plans to hold a “Walk By Wednesday” protest tonight at the residences of the six conservative justices in Maryland, Virginia and Washington, D.C., encouraging activists to wear red cloaks modeled on “The Handmaid’s Tale.”

“Brett Kavanaugh’s in Chevy Chase, MD is going to be a party with multiple walk-bys!” said Ruth Sent Us on TikTok.

The demonstrations have infuriated Senate Republicans, who have called on Mr. Garland to enforce federal law prohibiting demonstrations aimed at influencing court decisions.

The federal statute is clear. Today, @GovLarryHogan and I called on U.S Attorney General Garland to take action and enforce the law. https://t.co/J9tT41MHJE

Sen. Josh Hawley, Missouri Republican, said the activity has “only one purpose: intimidation. It is also flagrantly illegal.”

“Federal law makes it a crime for a person, ‘with the intent of influencing any judge, juror, witness, or court officer, in the discharge of his duty,’ to ‘picket[] or parade[] … in or near a building or residence occupied or used by such judge.’ 18 U.S.C. §1507,” said Mr. Hawley in a Tuesday letter to Mr. Garland.

Sen. Tom Cotton, Arkansas Republican, on Tuesday urged President Biden and Mr. Garland to take action, saying that “to go to the home of a sitting judge and to protest a case in front of that judge is beyond the pale and it’s going to raise the risk of genuine violence which we cannot tolerate.”

“They shouldn’t just condemn these protests and tell the protesters to go to the Supreme Court building or some other public location, they should enforce federal law, because there is a federal law that explicitly prohibits protesting at the homes of judges or jurors or prosecutors,” Mr. Cotton said on Fox News.

The Senate passed Monday legislation to extend security to the immediate family members of the nine justices and other court officers.

Republicans have also accused the Justice Department of applying the law unevenly by cracking down last year on unruly parents at school-board meetings while taking no action on the rallies at the justices’ residences.

“When parents went to a public meeting in a public building to voice their concerns about their kids’ education, Merrick Garland sicced the feds on them,” Mr. Cotton said. “Now you have protesters marching at the private homes of Supreme Court justices about a pending case.”

Democrats have defended the pro-choice activists, saying they have a right to protest as long as they remain peaceful.