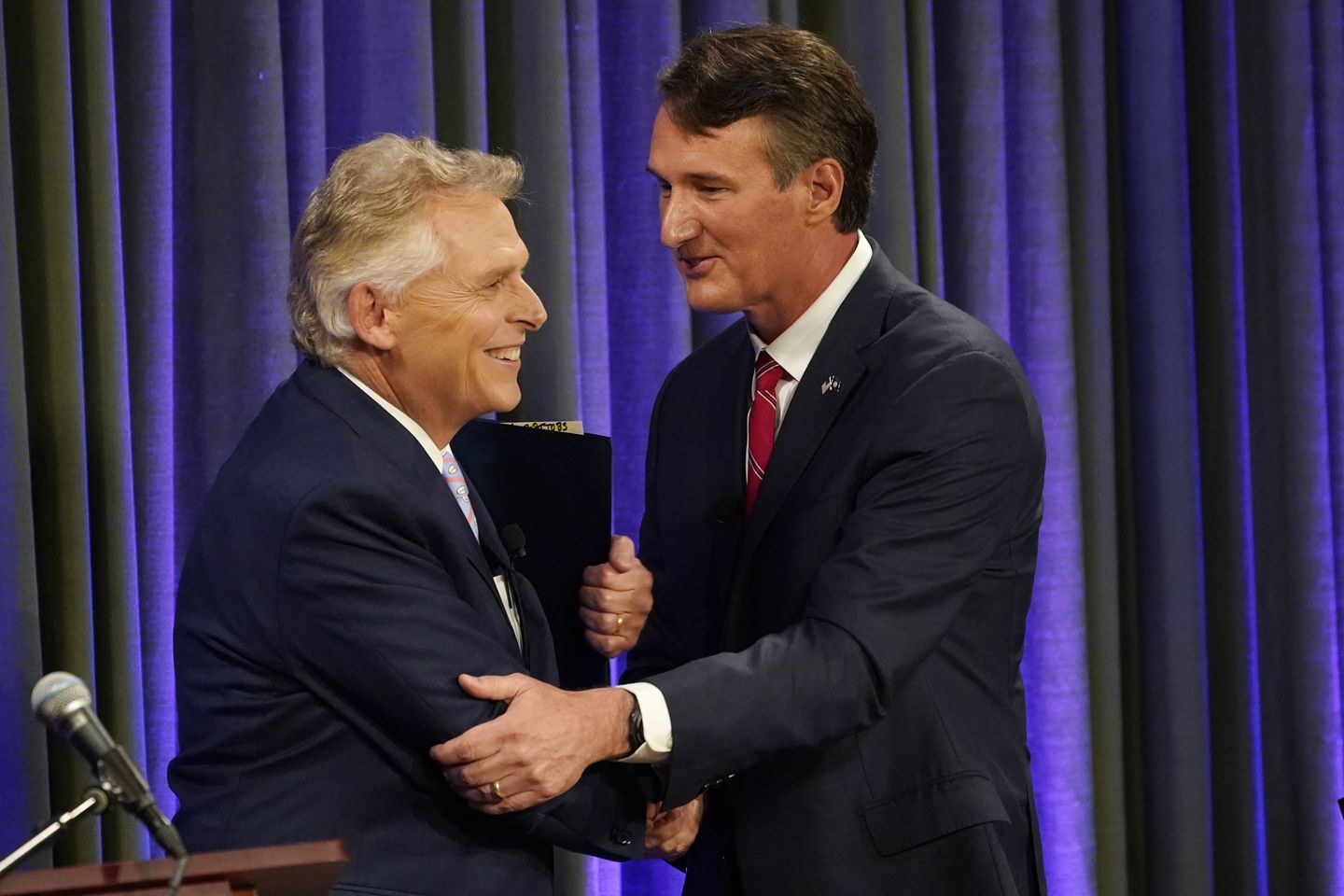 Both candidates for Virginia governor promised to recognize the results of the election if his opponent is declared the victor of the November election. Democratic nominee and former Gov. Terry McAuliffe and GOP gubernatorial nominee Glenn Youngkin were both asked at Thursday night’s debate if they would recognize the other man as the next governor…
.

Both Virginia governor candidates promised to recognize the results if their opponent is declared victorious in November’s election.

Democratic nomination and former governor. Terry McAuliffe , and GOP gubernatorial candidate Glenn Youngkin were asked by Thursday’s debate whether they would recognize each other as the next governor in the event that he loses.

“Absolutely, but I don’t expect that to be the case,” Mr. Youngkin said of a potential victory for Mr. McAuliffe.

Mr. McAuliffe also pledged the same stance, also before immediately declaring confidence that this would not come to pass.

“Sure, absolutely. But we’re gonna win,” Mr. McAuliffe said about the recognition of his opponent’s potential victory.

The pledge is made in the wake of the 2020 election, which was marred by claims of voter fraud and an unwillingness of former President Donald Trump concede that President Biden had won legally.

The first debate took place at the Appalachian School of Law, Grundy, Virginia. It was just a day before early voting begins for the Nov. 2. election.

The race for Virginia governor is currently close.

An 8News/Emerson College poll that came out Thursday ahead of the debate showed Mr. McAuliffe had 49% of voter support compared to Mr. Youngkin‘s 45%, only a fraction over the survey’s 3.4 percentage point margin of error.