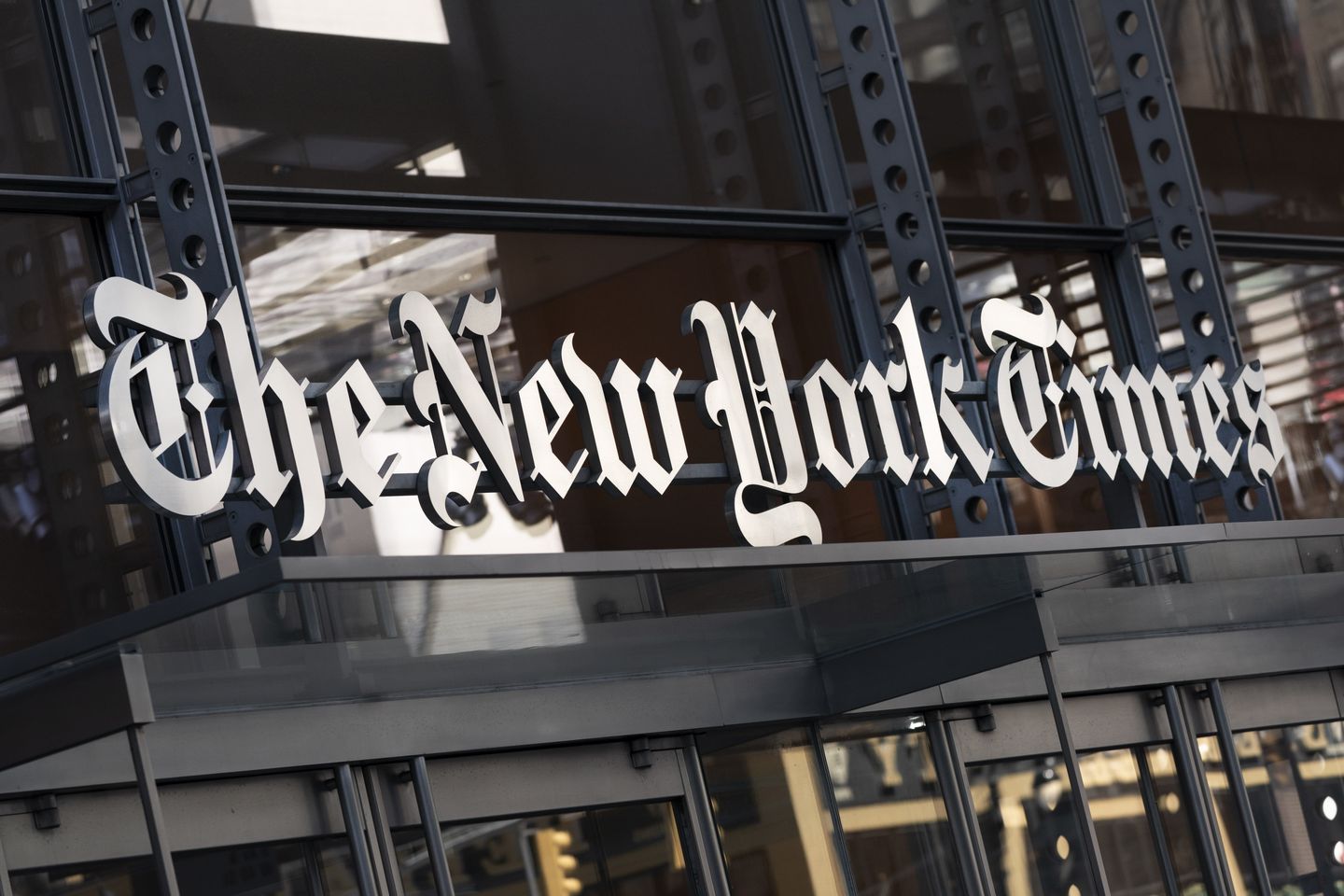 Perhaps no major publication has hyped the Jan. 6, 2021, U.S. Capitol riot more than The New York Times, but one of its top reporters says the event has been blown out of proportion. Pulitzer Prize-winning reporter Matthew Rosenberg was caught on hidden-camera video by Project Veritas saying he had “fun” covering the 2021 melee,…

Perhaps no major publication has hyped the Jan. 6, 2021, U.S. Capitol riot more than The New York Times, but one of its top reporters says the event has been blown out of proportion.

Pulitzer Prize-winning reporter Matthew Rosenberg was caught on hidden-camera video by Project Veritas saying he had “fun” covering the 2021 melee, mocking colleagues who said they were traumatized, and blaming the “left’s overreaction” with fueling the backlash on the right.

“The left’s overreaction – the left’s reaction to it in some places was so over the top that it gave the opening the right needed to start introducing the idea of, ‘Whoa, these people are out of control. Like, it’s not as big of a deal they’re making it,’” Mr. Rosenberg said on the video. “Because they were making it too big a deal.”

He continued: “They were making it this organized thing that it wasn’t, and that gave the opening for lunatics on the right to be like, ‘Oh, well, nothing happened here. It was just a peaceful bunch of tourists,’ you know. And it’s like — but nobody wants to hear that.”

The two-part expose released Tuesday and Wednesday came in contrast to Mr. Rosenberg‘s own reporting on the event, such as a Jan. 6, 2022, article on which he shared a byline headlined, “The Next Big Lies: Jan. 6 Was No Big Deal, or a Left-Wing Plot.”

Mr. Rosenberg said it was “me and two other colleagues who were there, who were outside, and we were just having fun.”

He said he was skeptical of coworkers inside the Capitol building that day who later talked about how frightening it was.

“I know I’m supposed to be traumatized, but like, all these colleagues who were in the [Capitol] building, and they’re young and are like, ‘Oh my God it was so scary!’ I’m like, ‘f—- off,’” he said. “I’m like, ‘Come on.’ It’s not the kind of place I can tell someone to man up, but I kind of want to be like, ‘Dude come on, you were not in any danger.’”

In a video posted Wednesday on Rumble, Project Veritas President James O’Keefe confronted Mr. Rosenberg, who responded that “you got me in a bar in a social situation” and made reference to a “hit job,” but also stood by his comments.

“Will I stand by those comments? Absolutely,” Mr. Rosenberg said, adding, “I mean, I don’t know what comments. You haven’t given me the comments.”

The Washington Times has reached out to The New York Times for comment.

Mr. Rosenberg also said there was “a ton of FBI informants among the people who attacked the Capitol.”

A tape cited by the Steele Dossier that allegedly depicts former President Trump engaged in lewd behavior in a Moscow hotel “of course doesn’t exist,” he said.

Mr. Rosenberg also described a growing newsroom schism between the “reasonable people” and the leftists.

“I think there’s a real internal tug-of-war between the reasonable people and some of the crazier leftist s—- that’s worked its way in there in ways that we’re deeply unhappy about,” he said.

Asked about “skewed” articles, he said, “It’s become a big problem. Like a really big problem. It just gets worse and worse.”

“We have a lot of younger colleagues who just don’t seem to get what we do,” Mr. Rosenberg said.

Project Veritas sued The New York Times for defamation in 2020, and Mr. Rosenberg said he believes that the guerrilla journalism outfit may have the stronger case.