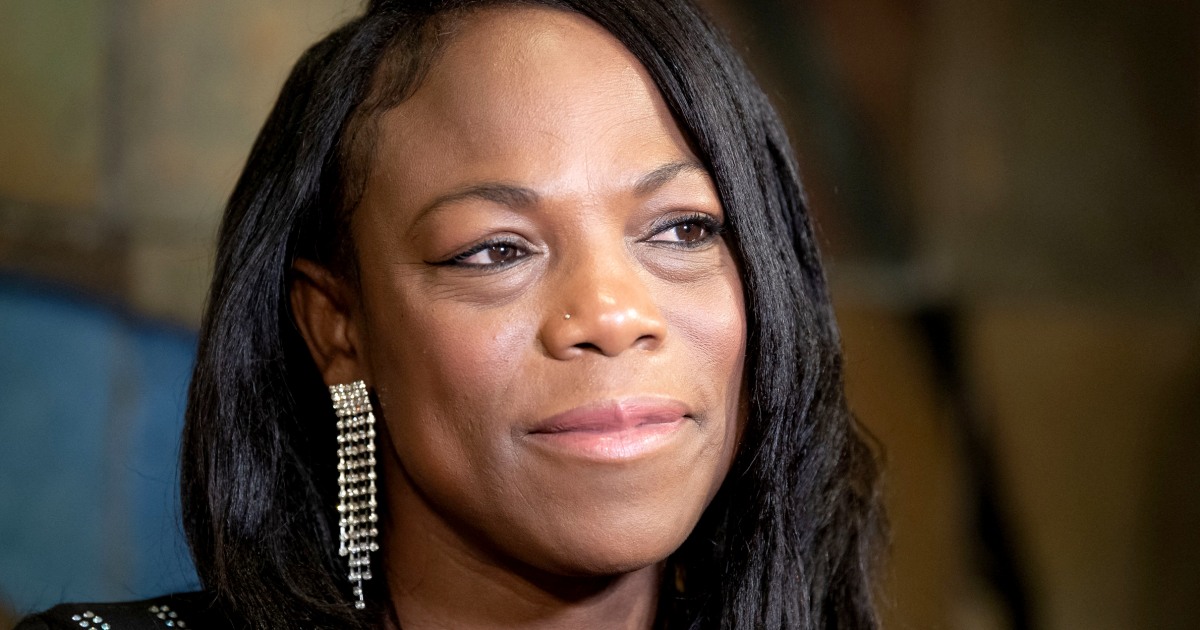 Keishia Thorpe jumped up and down, then broke down in tears when she found out she won the $1 million Global Teacher Prize. On Wednesday her students in Bladensburg, Maryland, gathered together to watch the virtual ceremony and shouted with joy as their teacher’s name was announced.The high school teacher was given the award for…

Keishia Thpe leapt up and down, and then she wept when she learned that she had won the $1 million Global Teacher Prize ..

On Wednesday, her students from Bladensburg, Maryland gathered to view the virtual ceremony. They cheered as their teacher was announced. The award was presented to the high school teacher for her mentoring efforts and making college education available for immigrants, refugees, and first-generation Americans.

“Education is a human right, and all children should be entitled to have access to it,” Thorpe, 42, said in a pre-recorded video message during a ceremony broadcast online from the United Nations Educational, Scientific and Cultural Organization’s (UNESCO) headquarters in Paris. “Every child needs to have a champion. Someone who will never give up on them. Who understands the power and insists that they become the best they can.” Thorpe stated in the video.

“This is exactly why teachers will always matter.”

Thorpe, who teaches English at the International High School at Langley Park in Bladensburg, was selected from more than 8,000 nominations and applications from 121 countries around the world, according to the Varkey Foundation that organizes the annual prize.

Thorpe was born in Jamaica and arrived in the United States as a track and fields scholarship recipient.

” “When I think about these students and what their parents are sacrificing to ensure they have an equal education, it reminds of me so much my own journey,” she said to Kate Snow from Paris for NBC News.

Thorpe was in Paris Wednesday to collect her award. She found out that she had won last week.

“So that’s why i work so hard for my students — their story is my story,” Thorpe said.

Thorpe redesigned the 12th grade English curriculum to make it culturally relevant to her students.

She also spends countless hours assisting her students with college applications and financial aid, helping them win over $6.7 million in scholarships to 11 different colleges in the 2018-2019 school year alone, according to the Varkey Foundation.

Thorpe co-founded U.S. Elite International Track and Field alongside her twin sister, Treisha Thorpe. The foundation stated that it aims to assist “at-risk” student-athletes worldwide to obtain scholarships to U.S. universities and colleges.

To date, she has helped over 500 students get full track and field scholarships, it added.

Thorpe said to NBC News that she will use the $1million prize to help more students around the world access higher education.

” “My students are why I’m here. If I don’t think of how I can use this to elevate them, to also create better futures for them — who would I be without my students?” she stated.

“Keishia’s inspirational story reminds us of the critical importance of teachers and education, particularly in these difficult times,” Brown said in a video statement during the ceremony.

Ban stated that Thorpe’s “incredible accomplishment” is a result of her sacrifice and hard work over many years.

“You’ve made a difference in the lives of immigrants, refugees, and first-generation Americans. “You have shown them the life-changing potential of a good education and you have opened the door to their futures.”

The Global Teacher Prize is presented annually by the U.K.-based Varkey Foundation to an exceptional teacher who has made an outstanding contribution to their profession.

Last year’s prize went to Indian teacher Ranjitsinh Disale for transforming the lives of young girls in his village. Thorpe is the second American teacher to win the award after Maine educator Nancie Atwell claimed the inaugural prize in 2015.