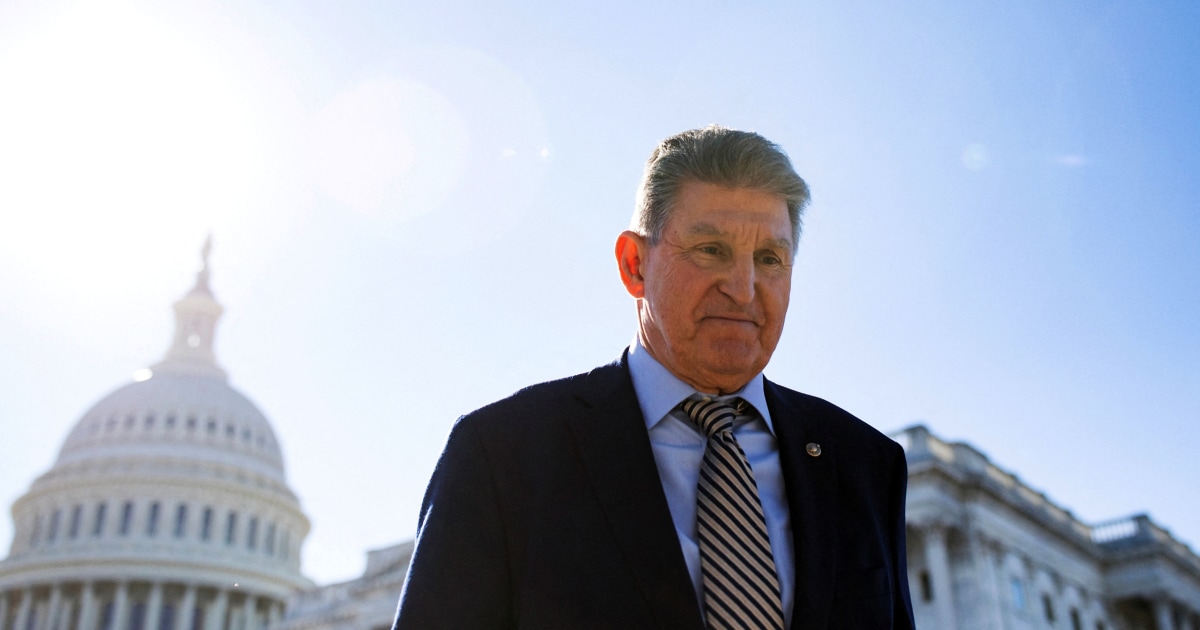 WASHINGTON — Sen. Joe Manchin, D-W. Va., said Monday that he is "unable" to support President Joe Biden's nomination of Sarah Bloom Raskin for the Federal Reserve Board. Manchin is not a member of the Senate Banking Committee considering the Federal Reserve nominees, but he is a key vote in the evenly split Senate. "I…

Manchin is not a member of the Senate Banking Committee considering the Federal Reserve nominees, but he is a key vote in the evenly split Senate.

“I have carefully reviewed Sarah Bloom Raskin’s qualifications and previous public statements,” he said in a statement. “Her previous public statements have failed to satisfactorily address my concerns about the critical importance of financing an all-of-the-above energy policy to meet our nation’s critical energy needs. I have come to the conclusion that I am unable to support her nomination to serve as a member of the Federal Reserve Board.”

The Banking Committee has been gridlocked for weeks on the slate of five nominees, which includes the nomination of Jerome Powell for a second term as Fed chairman. Republicans on the committee, led by ranking member Pat Toomey of Pennsylvania, boycotted planned votes on the nominees last month, preventing them from being considered, because of Bloom Raskin’s nomination.

Republicans say she has given incomplete answers about whether she used her government contacts from her time in top posts at the Fed and the Treasury Department during the Obama administration to aid Reserve Trust, a private Colorado payments firm.

Raskin was on the board of Reserve Trust in 2017 when the Kansas City Fed denied the company access to the central bank’s payments systems; Reserve Trust gained access the following year.

Another main point of contention is Raskin’s progressive leanings with regard to climate change.

A spokesperson for the Banking Committee said its chairman, Sen. Sherrod Brown, D-Ohio, is working to advance her nomination with bipartisan support.

A White House official called Raskin “one of the most qualified people to have ever been nominated” to the Federal Reserve Board.

“She previously served on the Board and she served as second-in-command at Treasury — both positions where she earned bipartisan Senate confirmation,” the official said. “She has earned widespread support in the face of an unprecedented, baseless campaign led by oil and gas companies that sought to tarnish her distinguished career. We are working to line up the bipartisan support that she deserves so that she can be confirmed by the Senate for this important position.”

Teaganne Finn is a political reporter for NBC News.