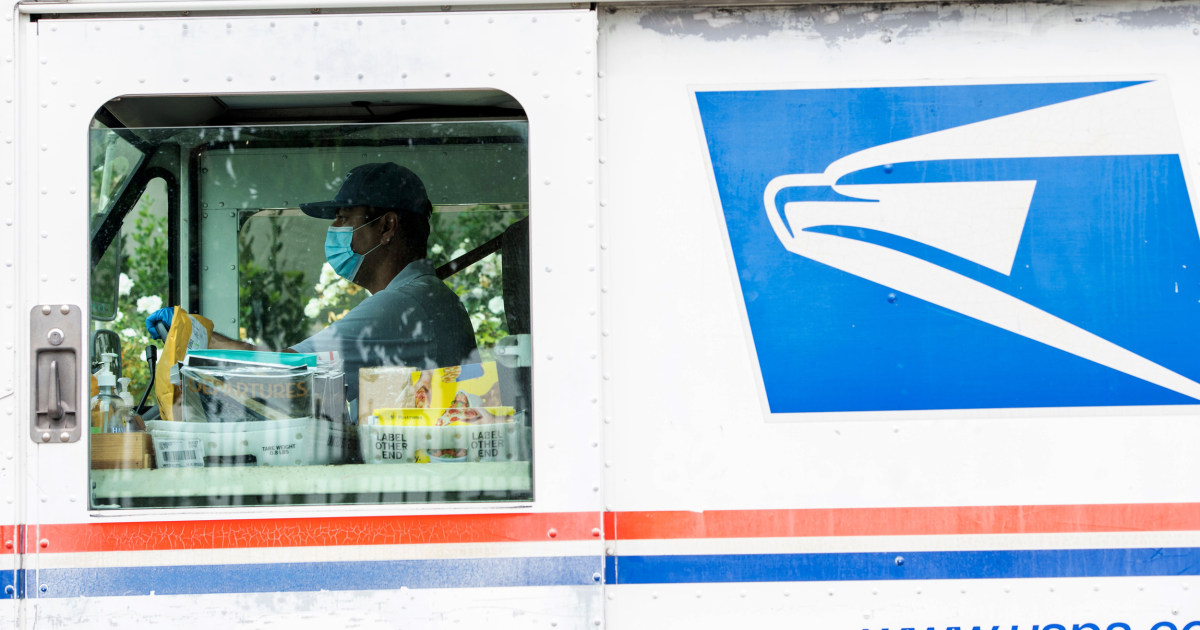 Changes to the delivery standards of the United States Postal Service are expected to cause delays in mail delivery for many Americans as early as this weekend, adding to the concerns many postal workers have about the future of the post office, and raising more questions about the motives of embattled Postmaster General Louis DeJoy.The…

Changes to delivery standards at the United States Postal Service will cause delays in mail delivery for many Americans starting this weekend. This will add to the worries many postal workers have about their future and raise more questions about the motivations of Louis DeJoy, the embattled Postmaster General.

The planned slowdown is part of DeJoy’s 10-year plan for the post office that he unveiled earlier this year.

The plan’s guidelines state that the USPS will adopt new standards for first-class mail. This will increase delivery times for approximately 30 percent. This means that letters, magazines, and packages traveling long distances may take five days to reach their destination, rather than two or three.

” These new service standards will improve delivery reliability, consistency and efficiency for customers and across the network,” stated Kim Frum, spokesperson for USPS, in a written statement. She noted that one-third (first class mail) and seven percent (periodicals) will be affected.

“The standard for single-piece First Class Mail within a particular area will remain at two days. The Postal Service will increase time-in-transit standards by 1 or 2 days for certain mail that are traveling longer distances.”

Expected to be especially hard-hit by the recent changes: residents of rural communities.

According to Kimberly Karol (president of the Iowa Postal Workers Union), recent changes in the way the postal service handles mail under DeJoy are already causing delays for Iowa residents.

” We are already seeing the effects,” Karol stated. Customers who were expecting medication have been disappointed when they aren’t getting them as promised. Some have been very upset.”

DeJoy has made clear he wants more mail delivered by truck, instead of air. His new plan calls for mail to be routed through surface transfer centers (or STCs) where it is sorted and handled before being loaded onto outgoing delivery trucks. Karol pointed out that there can be delays when mail leaves the facilities.

. This is because it is hard, if not impossible, to track the mail once it arrives at the STCs.

” We may accept mail at a counter at a postal office but it can’t be tracked when it is sent to the surface centers. Sometimes they keep it for several days. Although it looks like the postal services is holding the mail, the mail is not actually in our possession. Customers have difficulty tracking their mail. “

Lori Cash of the American Postal Workers Union Western New York Area stated that her customers have been concerned about the un-trackable mail. She said that for at least the moment, it appears to be temporarily falling off the grid.

“People send important items through the mail, including medicine and birthday presents.

“If it sits in any sorting facility that we don’t have access to or the ability to track it, there’s no chance we can do our job.” The USPS stated in a written statement that it was expanding its STC network to be able to track all mail in and out of the centers. However, it did not comment on the inability for postal workers or customers track the specific mail sent through STCs. It also didn’t address concerns about mail delays caused by STCs.

Karol warns that items sent via Priority Mail will not reach their destination on time under DeJoy’s new system.

“I’ve seen Priority Mail take four days to deliver items that were supposed to arrive in two days under the new system,” she stated.

DeJoy stated that he wanted to make the postal service more efficient and less expensive by introducing his ten-year plan. This will include new electric vehicles.

The American Postal Workers Union stated in a written statement to NBC News that it believes the new plan will drive revenue away the USPS.

“The United States Postal Service will implement changes that will slow mail delivery for tens to millions of people and impact billions of letters,” the statement states.

” This is a setback for the Postal Service as well as millions of Americans who depend on fast mail service. The union remains convinced that the service standard changes will only drive away mail volume and much-needed postal revenue.”

Porter McConnell, spokesperson for the Save the Post Office Coalition, worries the new system could erode trust in the post office and in government.

” It’s destroying trust in public institutions,” McConnell stated about DeJoy’s plan. We’ve seen many people who fail to get their paychecks on time, or send the rent checks late. They could face eviction due to mail delays. Many small businesses get poor reviews due to the inability to get their product on time. There’s no path in which the postal office slowdowns don’t affect everyone.”

Several members of Congress, including Rep. Carolyn Maloney (D- NY) and Sen. Gary Peters (D- MI) have questioned DeJoy’s motives for overhauling the USPS. DeJoy’s ties to the trucking sector have been criticized.

DeJoy was the supply chain chief executive at XPO Logistics (a freight transport company) before he took on the postmaster general role. The Washington Post reported the USPS will pay XPO $120 millions over the next five-years to manage two major distribution and sorting facilities in Atlanta and Washington, which are part of DeJoy’s ten-year truck-centric plan for a post office. Holiday deliveries will be affected by the new mail service delays. The USPS told NBC News it expects to hire 40,000 seasonal employees to help with the holiday rush. But Karol advises that consumers mail their holiday cards and packages sooner than expected.

“Postal employees are going to do everything they possibly can so that Christmas presents at the holidays get delivered ,” Karol said. These new service changes should be made clear to customers. “