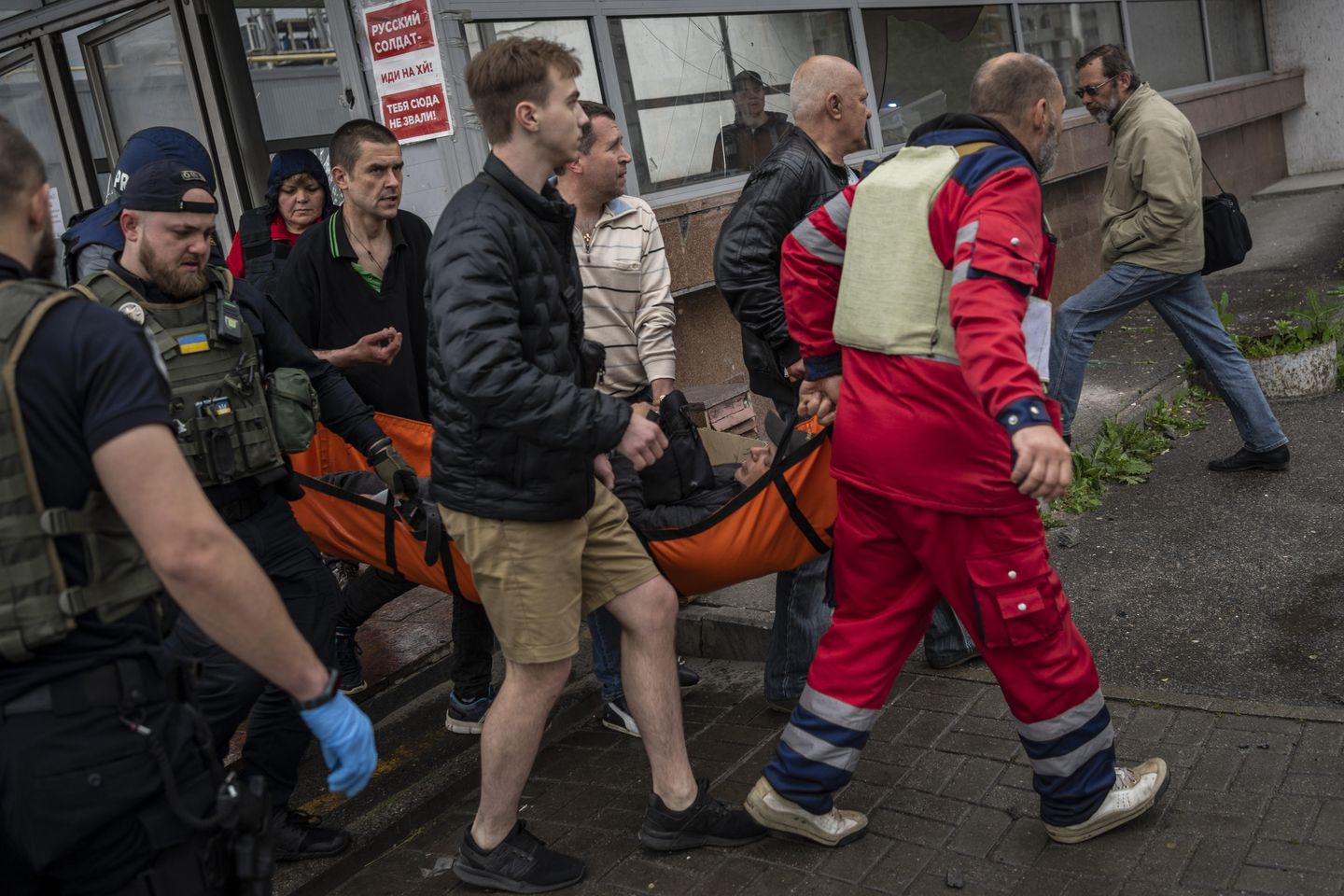 KYIV, Ukraine — Ukraine’s foreign minister is pleading with Western nations to provide Kyiv with heavy weapons to enable it to push Russian forces back. Dmytro Kuleba on Thursday night tweeted a video of himself answering questions submitted on Twitter and said: “We need heavy weapons. The only position where Russia is better than us…

KYIV, Ukraine — Ukraine’s foreign minister is pleading with Western nations to provide Kyiv with heavy weapons to enable it to push Russian forces back.

Dmytro Kuleba on Thursday night tweeted a video of himself answering questions submitted on Twitter and said: “We need heavy weapons. The only position where Russia is better than us it’s the amount of heavy weapons they have. Without artillery, without multiple launch rocket systems we won’t be able to push them back.”

Kuleba said that the situation in the east of the country, where the Russian forces are on the offensive, “is as dire as people say.”

He added: “I would even say it’s even worse than people say. We need weapons. If you really care for Ukraine, weapons, weapons and weapons again,” the minister stressed.

KEY DEVELOPMENTS IN THE RUSSIA-UKRAINE WAR:

– West mulls having Russian oligarchs buy way out of sanctions

– US general: No need to add ground forces in Sweden, Finland

Follow AP’s coverage of the war in Ukraine at https://apnews.com/hub/russia-ukraine

KYIV, Ukraine — A Ukrainian regional governor says that four people have been killed in the eastern city of Sievierodonetsk over the past 24 hours by Russian shelling. One more person was killed by a Russian shell in the village of Komushuvakha.

Serhiy Haidai, the governor of the Luhansk region, wrote in a Telegram post Friday that “the residents of Sievierodonetsk have forgotten when was the last time there was silence in the city for at least half an hour.” He said that “the Russians are pounding residential neighborhoods relentlessly.”

Sievierodonetsk Mayor Oleksandr Stryuk said on Thursday that 60% of the city’s residential buildings have been destroyed, and about 85-90% have been damaged and require major repairs.

WELLINGTON, New Zealand – The United States has won the latest round of a legal battle to seize a $325-million Russian-owned superyacht in Fiji, with the case now appearing headed for the Pacific nation’s top court.

The case has highlighted the thorny legal ground the U.S. finds itself on as it tries to seize assets of Russian oligarchs around the world. Those intentions are welcomed by many governments and citizens who oppose the war in Ukraine, but some actions are raising questions about how far U.S. jurisdiction extends.

Fiji’s Court of Appeal on Friday dismissed an appeal by Feizal Haniff, who represents the company that legally owns the superyacht Amadea. Haniff had argued the U.S. had no jurisdiction under Fiji’s mutual assistance laws to seize the vessel, at least until a court sorted out who really owned the Amadea.

Haniff said he now plans to take the case to Fiji’s Supreme Court and will apply for a court order to stop U.S. agents sailing the Amadea from Fiji before the appeal is heard.

Cavoli, who currently serves as head of U.S. Army Europe and Africa, said the increased military focus will probably continue to be on eastern Europe – where nations are more worried about potential Russian aggression and any spillover of the war on Ukraine.

Cavoli told the Senate Armed Services Committee during his nomination hearing that “The center of gravity of NATO forces has shifted eastward.” He said that “depending on the outcome of the conflict, we may have to continue that for some time.”

Cavoli was asked about the U.S. troop presence in Europe, which has grown from fewer than 80,000 to about 102,000 since the buildup to Russia’s invasion. He said the increase had no ties to the more recent move by Finland and Sweden to seek NATO membership.

KYIV, Ukraine – The Ukrainian city of Sievierodonetsk is the center of fierce fighting in the east. Mayor Oleksandr Stryuk says it’s holding out even though a Russian reconnaissance and sabotage group went into a city hotel.

Stryuk said at least 1,500 people have been killed in Sievierodonetsk and about 12,000 to 13,000 remain in the city, where he said 60% of residential buildings have been destroyed.

Sievierodonetsk is the only part of the Luhansk region in the Donbas under Ukrainian government control, and Russian forces have been trying to cut it off from the rest of Ukrainian-controlled territory.

Stryuk said the main road between the neighboring town of Lysychansk and Bakhmut to the southwest remains open, but travel is dangerous. He said only 12 people were able to be evacuated Thursday.