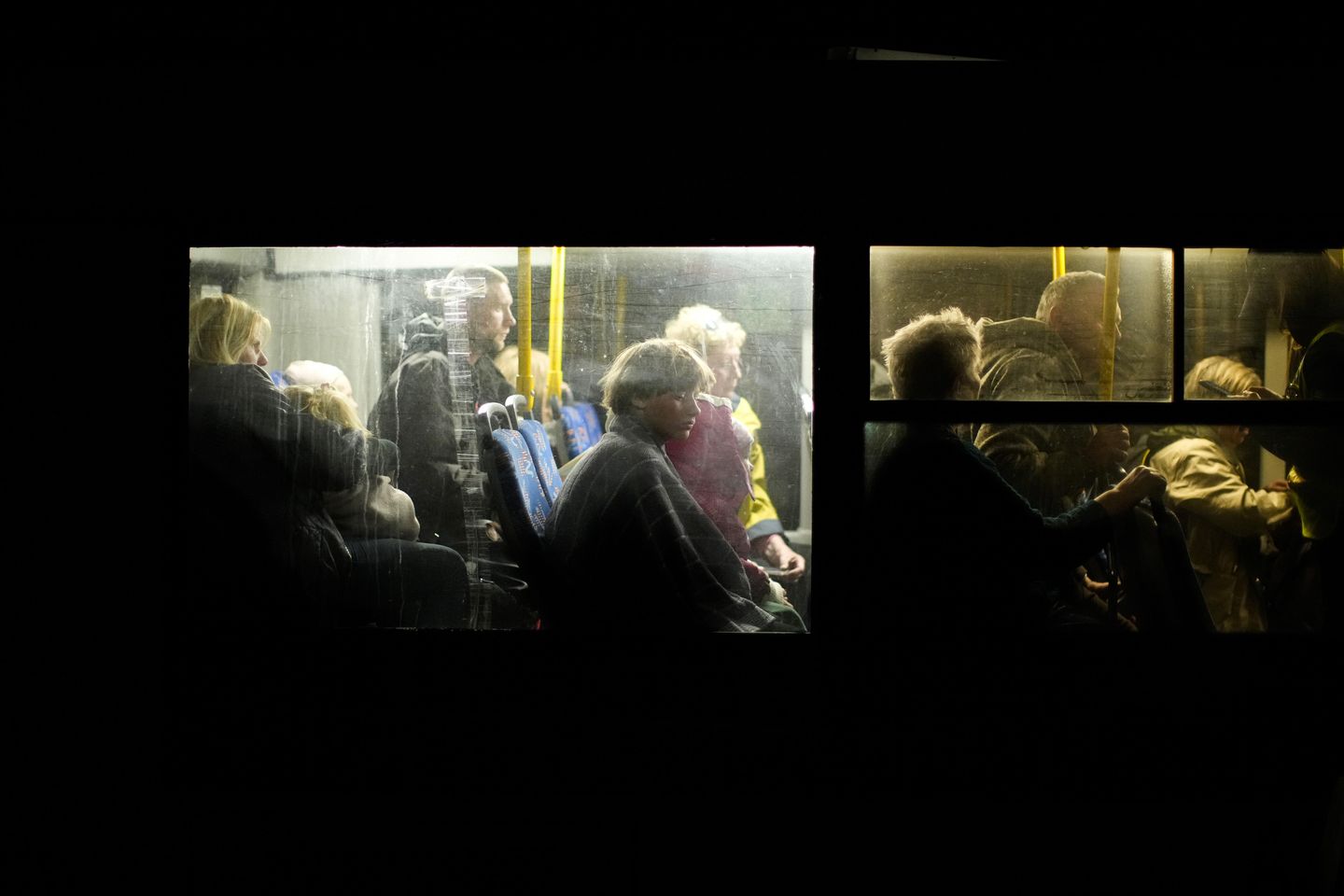 ZAPORIZHZHIA, Ukraine — Pale and drawn, the last civilians sheltering in bunkers beneath a sprawling steel mill in the decimated Ukrainian port city of Mariupol arrived late Sunday night in Zaporizhzhia, the first major Ukrainian city beyond the frontlines.

Ten buses slowly pulled into Zaporizhzhia’s deserted streets under darkness, carrying 174 evacuees from the Mariupol area. They included more than 30 of the 51 civilians evacuated in the last day from the Azovstal steel mill, where an estimated 2,000 Ukrainian fighters are making what appears to be their last stand. Both Ukrainian and Russian officials have said these civilians are the last non-combatants from the industrial complex.

“It was terrible in the bunkers,” said 69-year-old Lyubov Andropova, who had been in Azovstal since March 10. “Water would run down from the ceilings. There was mold everywhere. We were worried for the children, for their lungs.”

The shelling was constant, and there was fear “that our bunker would collapse,” she said. “Everything shook, we didn’t go out.”

The seaside steel mill is the only part of Mariupol not under Russian control. Thanks to its warren of tunnels and bunkers deep underground, many civilians had chosen it as the safest place to take cover from the relentless shelling of the formerly thriving port city that has now been largely destroyed.

Just a few days after the war began on Feb. 24, Dmytro Sviydakov took shelter in the bunkers with his wife and 12-year-old daughter. They entered Azovstal on Feb. 27. It would be more than two months before they could leave.

Huddled in a bunker with around 50 to 60 people, the first month and a half was bearable, he said, but then the shelling intensified. A food storage area was blown up, and he and others resorted to scavenging, including searching through workers’ lockers. Fuel for cooking was scarce too, but then they discovered that hand sanitizer – well-stocked because of the coronavirus pandemic – was a good substitute.

“What can’t you do when you have nothing!” he said, as he waited for a bus that would carry Azovstal evacuees to temporary accommodations in Zaporizhzhia.

Yehor, a steel mill employee sheltering in the bunker who would only provide his surname, was in the bunker with his two sons, wife and their dog. He said that when food ran low, soldiers defending Azovstal helped.

His family entered the mill on March 1 for safety, he said, after he narrowly escaped being shelled while walking his dog.

Despite the widespread destruction of Mariupol, some of the 51 evacuated from Azovstal chose to remain in the city, said United Nations officials, who were involved in securing safe passage for the evacuees.

Two – a man and a woman – were detained by Russian forces. The woman, who was held on suspicion of being a military medic, had been traveling with her 4-year-old daughter. The mother and child were separated, and the little girl made it to Zaporizhzhia with the rest of the evacuees, U.N. officials said.

But several hundred more who wanted to join the evacuation convoy from other areas held by Russian forces had to stay behind after Russia and Ukraine failed to reach an agreement on their evacuation.

“It was quite heartbreaking to see them waiting and not being able to join us,” said United Nations Humanitarian Coordinator Osnat Lubrani.

“Overall within a period of 10 days we’ve been able to bring a total of 600 people in very complex, high-risk, very sensitive safe passage operations,” Lubrani said, adding that the U.N. hoped to be able to bring more civilians out in the future.