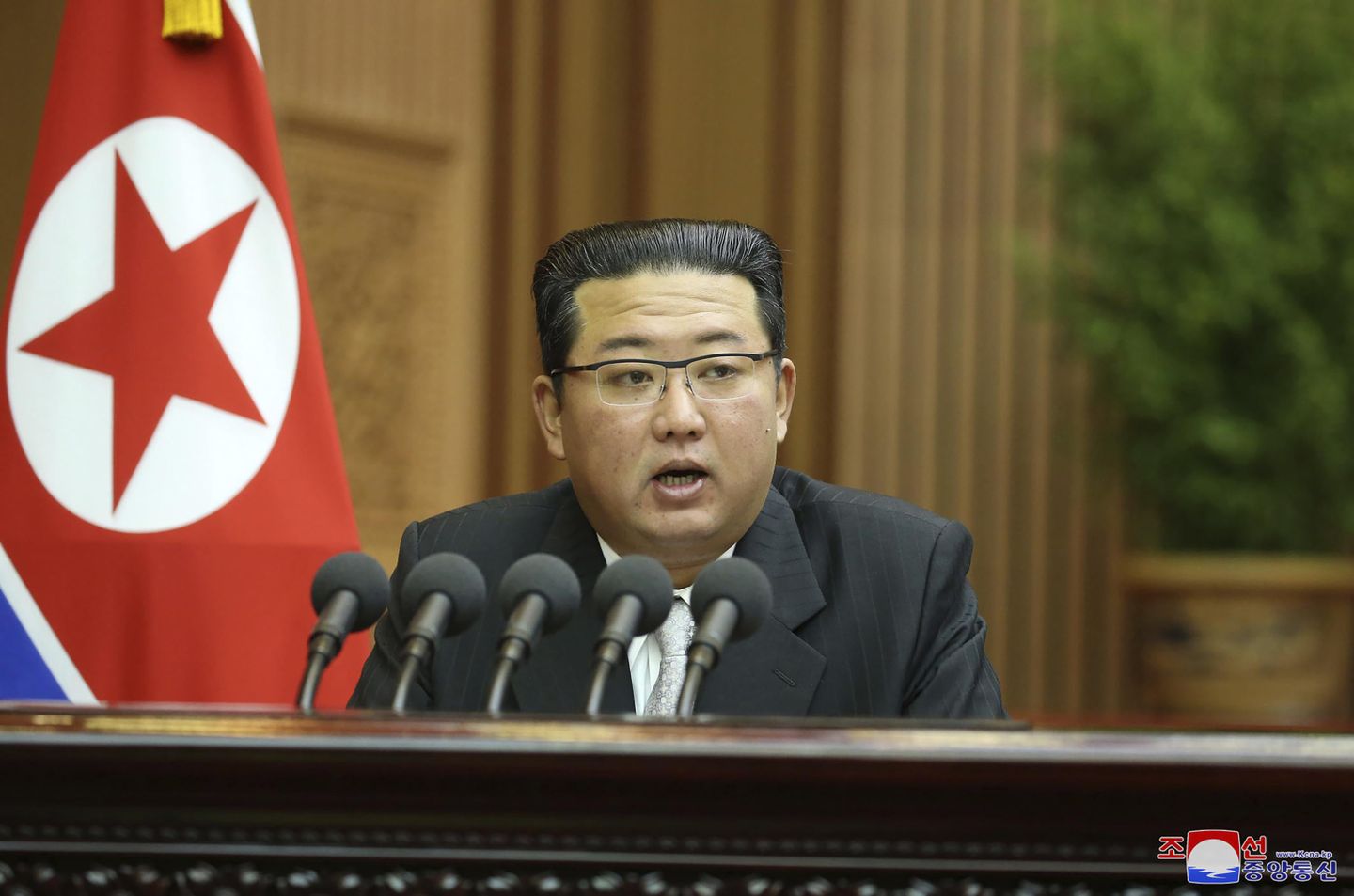 Andy Kim was the head of the CIA’s Korea Mission Center during the Trump administration’s high stakes summits with North Korea . In 2018, and 2019, Tuesday, Kim said that the Kim regime waited for months to hear the U.S. government’s North Korea policy. .”

” I believe they eventually [were], disappointed,” Mr. Kim stated in remarks to “The Washington Brief,” an online event hosted by The Washington Times Foundation. He said the Biden administration has so far embraced a “classic middle-ground policy option of calibrated and practical approach” toward Pyongyang.

Others were more critical because North Korea consistently rejected Mr. Biden’s offers to resume direct negotiations without preconditions this yea. Mike Pompeo, former Secretary of State, recently described the Biden approach as a return to Obama and Bush-era “Strategic Patience”, which he claimed turns a blindeye to North Korean weapons and nuclear violations.

“I think Pyongyang was probably hoping to see a more concrete roadmap from the U.S. side, adopting an action-for-action approach, [while] giving some credit to North Korea for what they have done for the last four years,” he said. “… This is something I have heard many times from North Korean counterparts: that the U.S. hasn’t given credit to them for their achievements .”

North Korea‘s frustration toward the Biden administration may explain recent rhetorical threats and other provocations from Pyongyang — most notably the recent test-launches of several shorter-range missiles.

Mr. Kim, who appeared for “The Washington Brief” with former U.S. North Korea negotiators Ambassadors Joseph DeTrani and Christopher Hill, as well as with Alexandre Mansourov of Georgetown University’s Center for Security Studies, indicated that a range of factors could impact U.S. policy toward Pyongyang in the coming months.

He defined the Biden administration policy thus far as one of “risk management,” as opposed to the “crisis management” approach the Trump administration embraced in 2017 amid a major escalation at the time of North Korean ICBM tests, as well as nuclear detonation that year by the Kim regime.

The U.S.-North Korean direct negotiations have been held hostage for over two years after a pair high-stakes summits between leaders under Donald Trump. The summits captured world attention, but ultimately failed to convince North Korea to abandon the nuclear weapons program or ease the crippling U.S. and international economic sanctions Pyongyang has long criticized.

A former CIA officer, Mr. Kim suggested that the Biden administration might be happy to let South Korea steer the policy. South Korean President Moon Jae-in has recently made diplomatic overtures to the Kim regime and expressed a desire to ink a declaration ending the official state of war with Pyongyang dating back to the 1950s before leaving office next year.

The American intelligence community is engaged in a heated internal debate over whether the U.S. should appeal to China as a potential partner in trying to influence the Kim regime.

China, which shares a border with North Korea, is Pyongyang‘s main economic partner and only strategic ally. Critics also accuse Beijing of trying to evade U.N.- and U.S. sanctions North Korea by a network that provides goods and cash in return for North Korean coal.

The U.S. and South Korea don’t always see eye to eye on what China’s role should be, Mr. Kim said.

“Sometimes we believe China can pressure North Korea on our behalf and sometimes we don’t want China to be involved at all,” he said. “On the other hand, South Korea always sees China as a major player in North Korea relations.”

There is no secret about China’s desire to “be a significant player in this effort,” he added, cautioning that Chinese President Xi Jinping may seek to capitalize on the situation over the coming months to put out the message that he is a more powerful and influential regional power broker than the United States.

Specifically, said Mr. Kim, the U.S. should be wary that Kim Jong-un and Moon Jae-in could come together for a meeting on the sidelines of the upcoming February 2022 Winter Olympics in Beijing.

” Xi Jinping arranged a meeting between the three of them,” he stated, “that’s what the U.S. would prefer to see .”