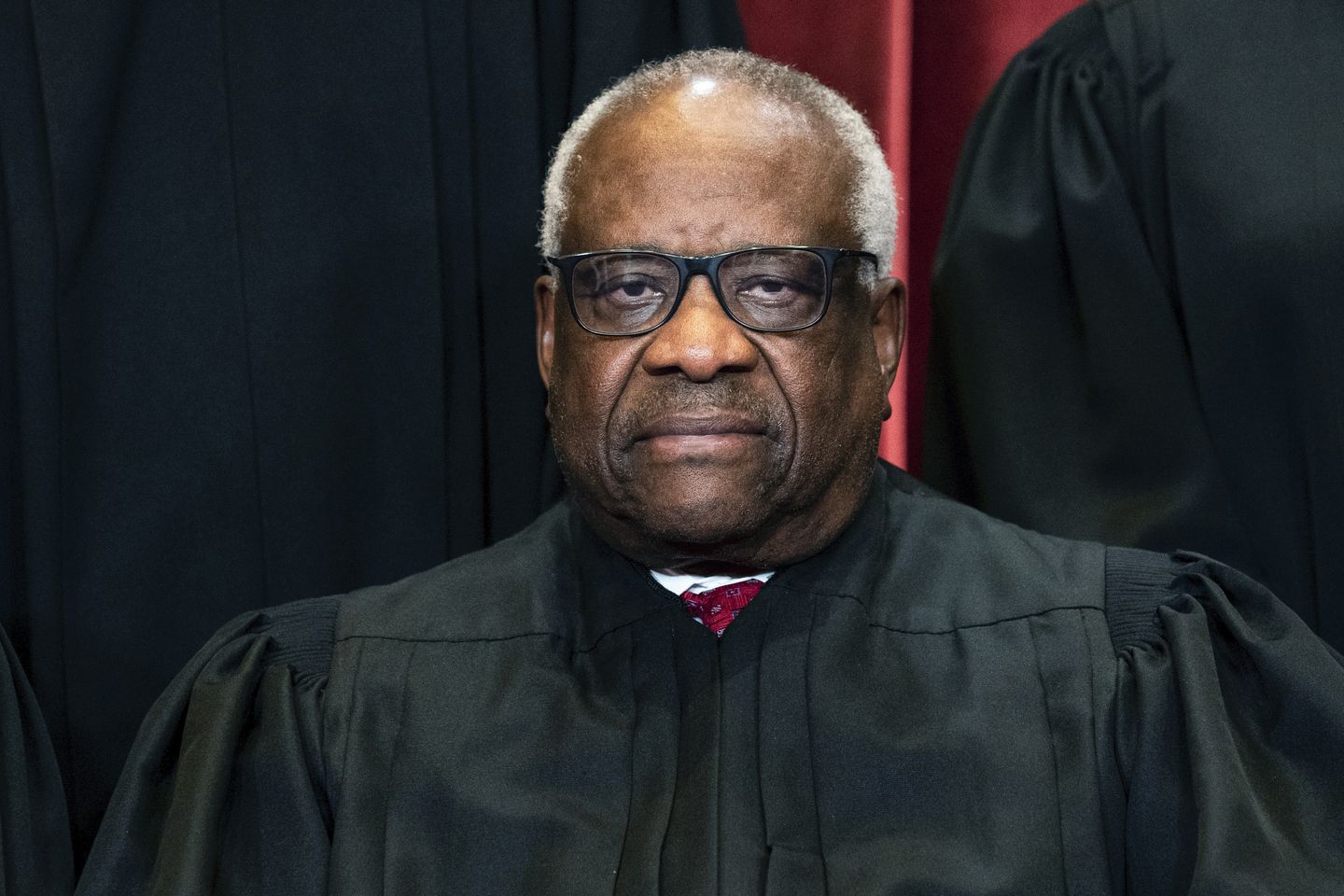 Supreme Court Justice Clarence Thomas declared the high court won’t “bullied” on Friday, briefly referencing the unprecedented leak of a draft opinion suggesting the justices are poised to overturn Roe v Wade, the 1973 case giving women a national right to an abortion. While speaking at the 11th Circuit judicial conference, the most senior associate…

While speaking at the 11th Circuit judicial conference, the most senior associate justice on the bench said society is becoming addicted to wanting certain outcomes.

“We can’t be an institution that can be bullied into giving you just the outcomes you want. The events from earlier this week are a symptom of that,” said Justice Thomas, according to several reports.

“A leak of this stature is absolutely appalling,” Justice Roberts said. “If the person behind it thinks that it will affect our work, that’s just foolish.”

Court watchers were aghast Monday night when news broke that a draft opinion indicates the high court would overrule the 1973 Roe decision, which gave women a national right to an abortion until fetal viability.

It is the first time a full draft opinion has been leaked in the Supreme Court’s 233-year history, according to former law clerks.

In the 98-page draft opinion obtained by Politico, Justice Samuel A. Alito Jr. said abortion should return to the state legislatures.

“The Constitution makes no reference to abortion,” he wrote. “Roe was egregiously wrong from the start.”

“It’s time to heed the Constitution and return the issue of abortion to the people’s elected representatives,” reads the opinion, dated from February.

An official ruling in the case is expected by the end of June.

The court is weighing a Mississippi ban on abortion at 15 weeks in the case of Dobbs v. Jackson Women’s Health Organization.

Mississippi officials argue that Roe should be overturned because it’s outdated. The state contends the viability standard set out in Roe is unclear, and Mississippi has an interest in banning abortions after 15 weeks to protect women’s health and that of unborn children.

The legal battle was brought by Jackson Women’s Health Organization, the state’s only abortion clinic, and a doctor who provides abortions. According to court papers, the clinic provides abortions up to 16 weeks of gestation.

They challenged the state’s Gestational Age Act, enacted in 2018. The law bans abortions after 15 weeks unless there is a medical emergency or severe abnormality within the fetus.

The abortion providers told the court in their filing that the state’s interest in the woman’s health and children doesn’t begin until viability, which occurs “months” after the 15-week marker set in the law.