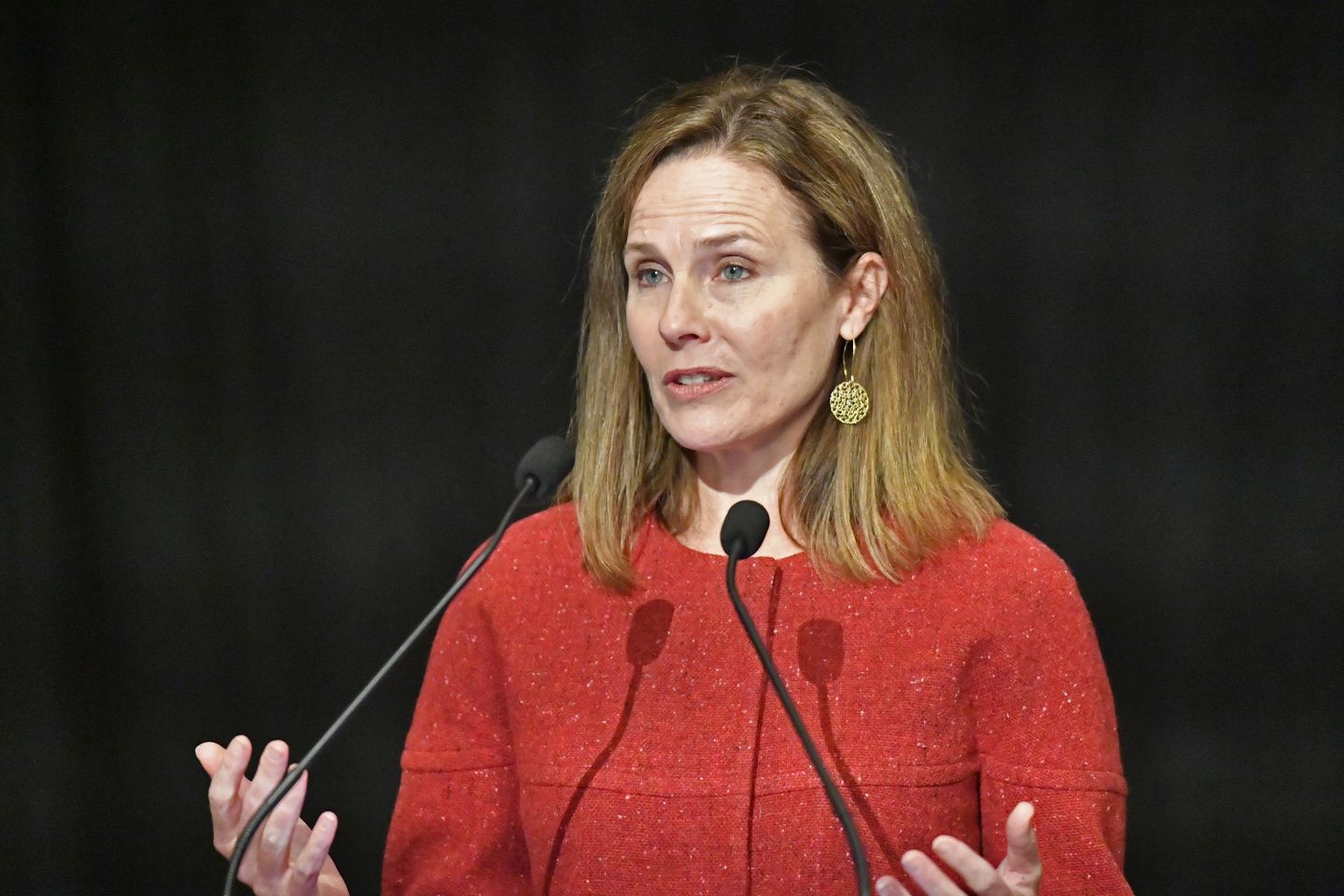 LOUISVILLE, Ky. — Supreme Court Justice Amy Coney Barrett expressed concerns Sunday that the public may increasingly see the court as a partisan institution.  Justices must be “hyper vigilant to make sure they’re not letting personal biases creep into their decisions, since judges are people, too,” Barrett said at a lecture hosted by the University…
.

Justices need to be “hyper vigilant” to ensure that they don’t let personal biases influence their decisions. This was Barrett stated at a lecture by the University of Louisville McConnell Center.

Introduced by Senate Republican leader Mitch McConnell, who founded the center and played a key role in pushing through her confirmation in the last days of the Trump administration, Barrett spoke at length about her desire for others to see the Supreme Court as nonpartisan.

Barrett said the media’s reporting of opinions doesn’t capture the deliberative process in reaching those decisions. she insists that “judicial philosophy is not the same thing as political parties.”

“To say the court‘s reasoning is flawed is different from saying the court is acting in a partisan manner,” said Barrett, whose confirmation to the seat left open by the death of the liberal Justice Ruth Bader Ginsburg cemented conservative control of the court. “I believe we should evaluate what the court does on its own terms.”

Barrett‘s comments followed a high-profile decision earlier this month in which the court by 5-4 vote declined to step in to stop a Texas law banning most abortions from going into effect, prompting outrage from abortion rights groups and President Joe Biden.

Barrett was asked about that decision by students who submitted questions in advance and also asked about another recent decision by the court in which it refused to block a lower court ruling ordering the Biden administration to reinstate a Trump-era program informally known as Remain in Mexico. Barrett stated that it would not be appropriate to comment on particular cases.

Several supporters of abortion rights protested outside the Seelbach Hotel where the private event took place.

Barrett, 49, also spoke about her introduction to the court in the midst of the coronavirus pandemic, saying it “certainly is a different experience.” The court has for more than a year been hearing arguments by telephone though it recently announced a return to the courtroom in October.

Barrett described the court as a “warm, collegial place.” She said that after she was confirmed a colleague brought Halloween candy for her children. The nine-member court was the first mother of school-age children. She also talked about how to balance her job with family life.

“I do have a job but I am not more important than anyone else in grocery store checkout line,” Barrett stated, explaining how her relationships with her kids – who aren’t “particularly impressed with her high profile post – helps her regular life where she being ordered to .”

and throwing parties, getting around

When asked what advice she would offer young women who want to go into public service, the justice stated she wanted young women to understand that it’s possible to have a successful family.

Barrett was confirmed by the Senate in a 52-48 vote last year, a little over a month after Ginsburg’s death.

Democrats opposed Ginsburg’s nomination, arguing that it was too fast and that the winner in the 2020 election should have been able choose Ginsburg’s replacement. McConnell‘s decision to move forward with Barrett‘s nomination was a contrast to the position he took in 2016, when he refused to consider President Barack Obama’s choice to fill the seat left vacant by the death of Justice Antonin Scalia in February of that year. McConnell blocked hearings for then-judge Merrick Garland, now Biden’s attorney general, saying the choice should be left to voters in an election year.

The lecture was held in celebration of the McConnell Center‘s 30th anniversary. Founded in 1991, the nonpartisan center provides educational and scholarship opportunities to students at the University of Louisville. Three other Supreme Court Justices, most recently Justice Neil Gorsuch, have spoken at the center.