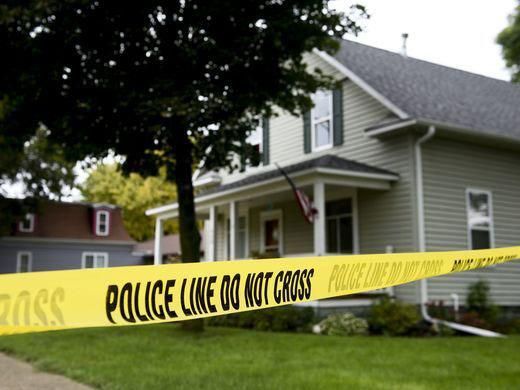 The U.S. homicide rate in 2020 is poised to take its biggest annual jump in the 60 years the FBI has compiled nationwide data. An FBI report due out Monday is expected to show an increase in the national homicide rate for 2020 of nearly 29% — more than double the previous highest single-year increase,…

The U.S. homicide rate in 2020 is poised to take its biggest annual jump in the 60 years the FBI has compiled nationwide data.

An FBI report due out Monday is expected to show an increase in the national homicide rate for 2020 of nearly 29% — more than double the previous highest single-year increase, the 12.7% rise in 1968.

The agency’s Uniform Crime Report will be published Monday and preliminary data temporarily uploaded to the FBI website showed approximately 21,500 homicides last year — about 5,000 more than the previous year, according to a report in The New York Times. The overall homicide rate, however, is still lower than that of the 1990s.

An FBI spokesperson would not confirm if the now-removed UCR data reported Wednesday by NYT was correct, but told the newspaper that any updates or changes to the final report due next week were highly unlikely to change the overall conclusions.

The 198 homicides in the District of Columbia were a 16-year high.

Michael Mancuso is the president of Baltimore City Fraternal Order of Police lodge No. 3, told The Washington Times that the rise in killings “is no surprise to those of us in cities where leadership functions with a ‘defund the police’ mentality.”

“If these cities don’t start staffing their departments while improving pay and working conditions, the violence will rage on,” he said, adding that the Baltimore Police Department is down at least 500 officers as a direct result of low wages, poor working conditions and “anti-police radicals.”

Baltimore homicides in 2020 (335) fell, compared to 2019 (348), but Mr. Mancuso said the city is currently averaging at least 1 homicide per day and is on pace for a potentially record-setting year.

Baltimore homicides stand at 250 so far this year.

A survey by the Police Executive Reform Commission this month suggests that the deadly trend in national homicides, as revealed in Monday’s FBI leak, is continuing into 2021.

The total number of homicides reported by more than 150 police agencies was 12% higher in the first seven months of 2021 compared to the same time last year.

The FBI numbers are not all bad. They showed that 2020 crimes dropped from 4% to 5%. According to the NYT, violent crime rose by approximately 5%.

Betsy Brantner Smith, a spokesperson for the National Police Association, echoed Mr. Mancuso’s comments and said the preliminary data “confirmed what law enforcement and those who support us have been warning about for the past 15 months.”

The “defund the police” movement, she said, has had “disastrous consequences,” especially for people of color in low-income urban areas where police have been “vilified, overworked and hamstrung, often leaving the community or even the profession.”

“Many ‘defund’ politicians tried to walk back their anti-police stance as violent crime rose in 2020,” she said. “Others tried blaming the other side of the [the] aisle but still others doubled back on their scurrilous claims that American police must be “reimagined” or that officers are violent and racist The retired police sergeant stated that statistics prove that people should support the police who risk their lives to stop violent crime.

The PERC report also revealed that the number of carjackings and shootings increased over the past seven months compared to last year.

Laura Cooper was the executive director of Major Cities Chiefs Association. She stated that national police chiefs have spoken out about the “all-encompassing” causes of violence.

“From guns and social media to unemployment fraud and gang feuds, it is difficult for law enforcement to prevent and combat crime when the source of this violence checks so many different boxes.”