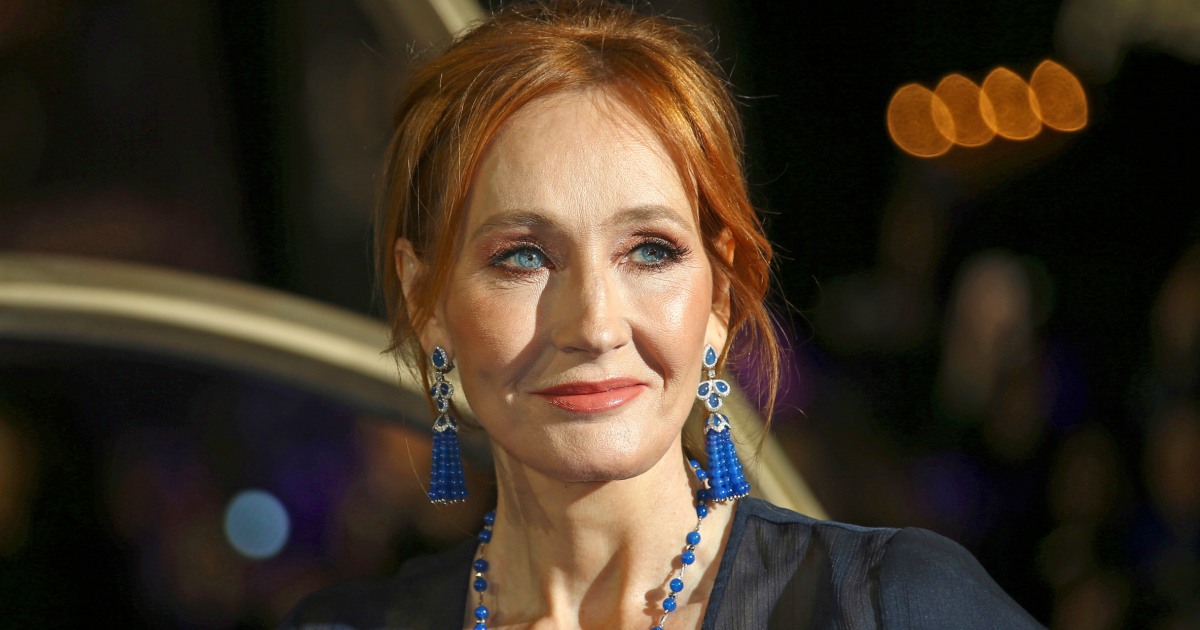 J.K. Rowling is not happy that Russian President Vladimir Putin equated the recent cancellation of Russian cultural events with the controversy the "Harry Potter" author has stirred over her anti-transgender views. "Critiques of Western cancel culture are possibly not best made by those currently slaughtering civilians for the crime of resistance, or who jail and…

J.K. Rowling is not happy that Russian President Vladimir Putin equated the recent cancellation of Russian cultural events with the controversy the “Harry Potter” author has stirred over her anti-transgender views.

“Critiques of Western cancel culture are possibly not best made by those currently slaughtering civilians for the crime of resistance, or who jail and poison their critics. #IStandWithUkraine,” Rowling tweeted Friday along with an article about jailed Kremlin critic Alexei Navalny.

Putin, during a televised meeting earlier Friday, compared the cancellation of a number of Russian cultural events in recent weeks with the actions of Nazi Germany in the 1930s.

“Today they are trying to cancel a whole thousand-year-old country, our people,” Putin said.

“I am talking about the progressive discrimination of everything connected to Russia, a trend that is unfolding in a number of Western states and with the full connivance and sometimes the encouragement of the ruling elites,” he said. “The notorious cancel culture has become a cancelation of culture.”

He also compared the treatment of Russian cultural figures with that Rowling after she sparked controversy by repeatedly sharing her anti-transgender views.

“Not so long ago, they canceled a children’s writer, Joanne Rowling, because she, the author of books spread around the world, in hundreds of millions of copies, failed to please the supporters of the so called gender liberties,” Putin said.

Critics have called Rowling transphobic. She first made headlines for her views in 2019, when she publicly supported Maya Forstater, a British tax specialist who was fired over tweets that were deemed to be anti-trans.

In 2020, she mocked a headline that used the phrase “people who menstruate,” which trans advocates noted is meant to be inclusive of trans men and nonbinary people who still have periods.

A few days later, she doubled down on her views in a nearly 4,000-word blog post that some critics on Twitter called a “transphobic manifesto,” in which she asked whether a “contagion” fueled by social media has led to the rise in the number of young people coming out as transgender.

In the blog post, she also revealed that she is a survivor of domestic abuse and assault, and that as a result of that trauma, she is “deeply concerned about the consequences of the current trans activism.”

“When you throw open the doors of bathrooms and changing rooms to any man who believes or feels he’s a woman — and, as I’ve said, gender confirmation certificates may now be granted without any need for surgery or hormones — then you open the door to any and all men who wish to come inside. That is the simple truth,” she wrote, using a talking point that advocates say is common among anti-trans or “gender critical” groups.

Since then, US Quidditch and Major League Quidditch announced they would change the name of the sport, inspired by the Harry Potter Books in part to “distance themselves from the works of J.K. Rowling …who has increasingly come under scrutiny for her anti-trans positions in recent years.”

Rowling was also did not appear in the HBO Max Harry Potter reunion special, which aired earlier this year, and archival footage of her was minimal.

Elisha Fieldstadt is a breaking news reporter for NBC News.