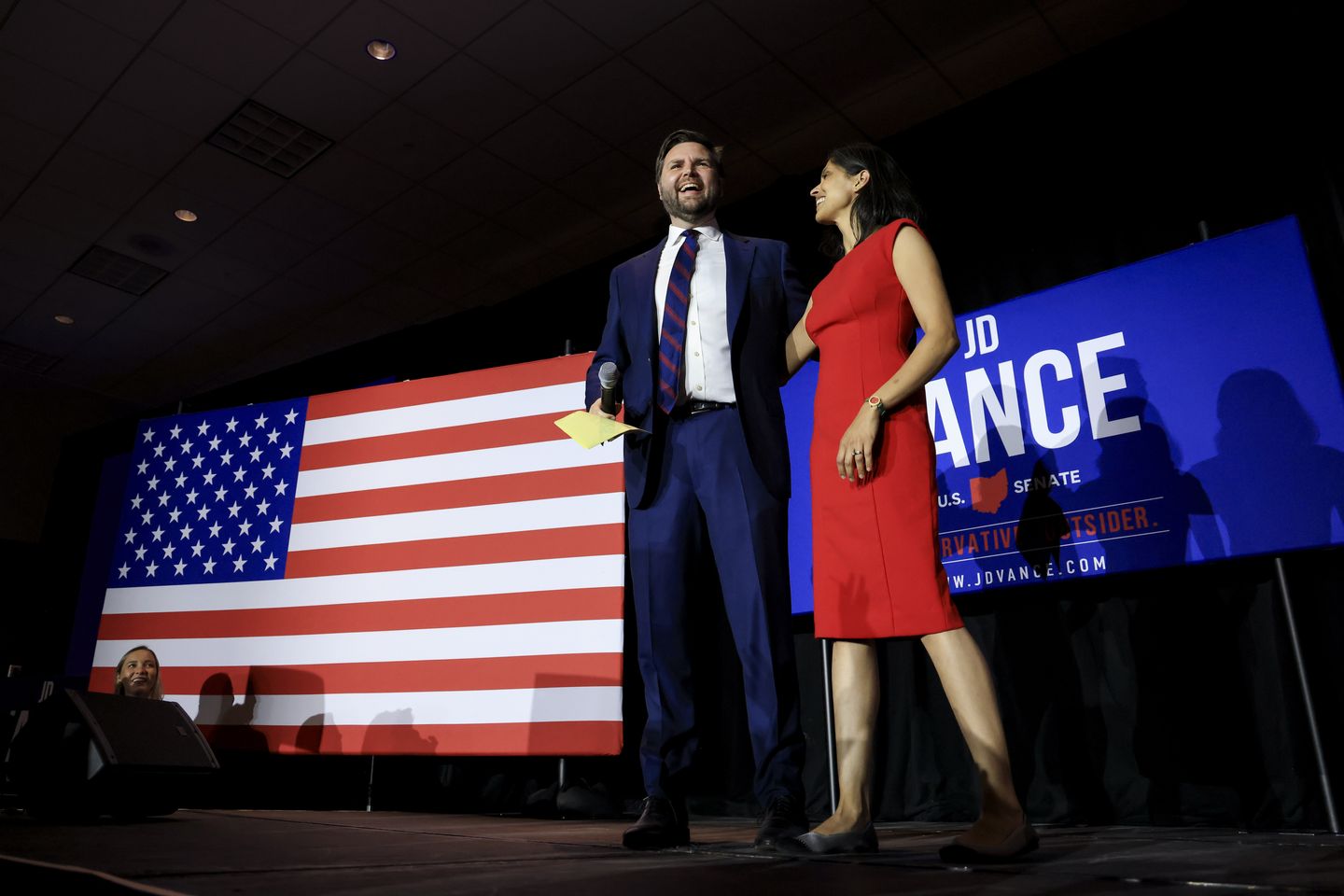 Author and former venture capitalist J.D. Vance prevailed over a crowded field of candidates in Ohio’s GOP Senate primary after an improbable endorsement from former President Donald Trump gave him a last-minute boost in the polls. Mr. Vance, 37, will face off in November against U.S. Rep. Tim Ryan, 48, who easily won Tuesday’s Democratic…

Author and former venture capitalist J.D. Vance prevailed over a crowded field of candidates in Ohio’s GOP Senate primary after an improbable endorsement from former President Donald Trump gave him a last-minute boost in the polls.

Mr. Vance and Mr. Ryan will compete in the increasingly GOP-leaning Buckeye State for the seat of Sen. Rob Portman, a Republican who is retiring.

The Vance victory is the first contest to affirm that Mr. Trump maintains significant political leverage in the party, at least in Ohio, a state he won by roughly eight points in 2016 and 2020. His influence in other states will be measured by additional primaries beginning this month in which he has endorsed candidates.

In Tuesday’s election, Mr. Vance prevailed over Mr. Mandel and state Sen. Matt Dolan, who ran as an anti-Trump Republican and enjoyed a last-minute surge in support.

Mr. Vance, author of the bestselling book “Hillbilly Elegy,” which was later made into a movie, had been struggling in polls for months, stalled behind GOP opponent and former state treasurer Josh Mandel.

Mr. Trump said Mr. Vance “is the most likely to take out the weak, but dangerous, Democrat opponent,” referring to Mr. Ryan.

A Fox News poll taken five days after the endorsement showed Mr. Vance for the first time beating the entire pack of GOP candidates, five points clear of the field.

“Tens of millions of RINO dollars spent to stop my man JD Vance in Ohio and they call it before 9 o’clock,” he tweeted. “The America First movement is alive and well people. Congrats JD, well done.”

Mr. Dolan issued a statement shortly after the race was called for Mr. Vance, pledging his endorsement in order to defeat Mr. Ryan, who he said, “represents a continuation of the same failed policies that undermine prosperity, threaten Ohio workers, and restrain the vitality of American competition with China.”

For his part, the former president took to his TRUTH Social site before Ohio’s polls had closed Tuesday evening that if Mr. Vance is on the ballot in November, “he will bring it home in the general election with far more surety than any of the other candidates!”

Mr. Trump has endorsed dozens of 2022 candidates and has waded deeply into the primaries, often rejecting mainstream Republicans in favor of those who support his agenda and his claim that election irregularities gave President Biden an unfair win in 2020.

His influence will be tested again in upcoming contests this month in Pennsylvania and Georgia, where his endorsements in Republicans primaries for Senate and governor are yielding mixed results.

Former Sen. David Perdue, one of Mr. Trump’s top picks, has been unable to climb out of a distant second to incumbent Gov. Brian Kemp in polls ahead of Georgia’s GOP primary for governor, which takes place May 24.

Mr. Trump has been eager to unseat Mr. Kemp after the Georgia governor refused to help him overturn the state’s 2020 presidential election results, which provided a narrow win for Mr. Biden.

Despite Mr. Trump’s frequent, public criticism of Mr. Kemp and a big rally for Mr. Perdue in March, the governor maintains a 22-point lead over Mr. Perdue, according to polling averages calculated by RealClearPolitics.

Mr. Trump’s endorsement of Mehmet Oz, a celebrity physician, in Pennsylvania’s GOP Senate primary, is getting close scrutiny by political analysts looking to measure his influence in the state.

Both Mr. Vance and Mr. Oz were outlier picks for Mr. Trump.

Mr. Vance criticized Mr. Trump repeatedly beginning in 2016, comparing him to Nazi dictator Adolf Hitler in text messages and calling him an “idiot,” and “reprehensible” in now-deleted tweets.

The Club for Growth, which endorsed Mr. Mandel, ran campaign ads in Ohio showing Mr. Vance in 2016 describing himself as a “never-Trump guy,” and admitting he voted for Hillary Clinton in 2016 because he “couldn’t stomach Trump.”

Mr. Trump justified backing Mr. Vance anyway, telling supporters he was the only candidate who could win in Ohio and suggesting he is unfazed by the litany of criticism pelted at him by fellow Republicans.

“If I went by that standard, I don’t think I would have ever endorsed anyone in the country,” Mr. Trump said at the rally in Ohio last month.

Mr. Trump’s endorsement of Mr. Oz drew immediate backlash from conservatives who said Mr. Oz was at best a moderate Republican if not a “Republican in name only,” otherwise known as a RINO.

But the endorsement may be starting to bolster the Oz campaign.

While Mr. Oz is trailing Mr. McCormack in an average of all polls, an April 13 Trafalgar Group survey showed him with a three-point lead.

Mr. Vance is running as a conservative candidate who would fight to preserve traditional family values, restore the nation’s manufacturing base, and support small businesses. He also pledged to dismantle Big Tech, which he said wields too much power and censors conservatives while stealing personal information.

“While the out-of-touch millionaires in the GOP primary have spent months leveling vicious and embarrassing attacks against each other, Tim has focused on the issues that matter most to the people of his state and putting their interests first – and those are the values he’ll bring to serving in the U.S. Senate,” said Sen. Gary Peters of Michigan, chair of the Democratic Senatorial Campaign Committee.