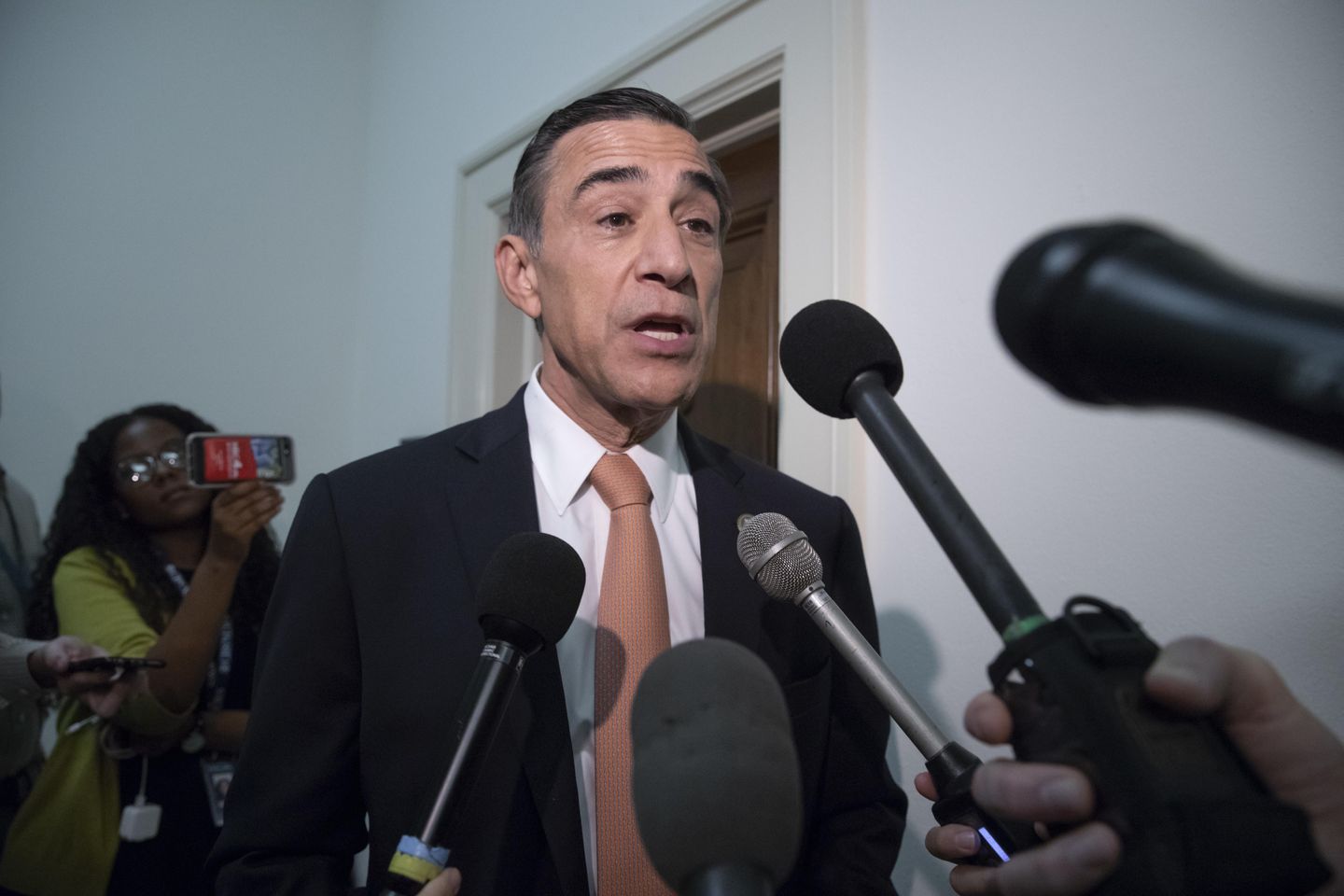 Rep. Darrell Issa sent document preservation notices to the White House, Facebook, Twitter and members of the intelligence community who he said were involved with coordinating the suppression of the Hunter Biden laptop story before the November 2020 presidential election. Mr. Issa alleged “collusion” in the news media blackout and allegations that it was a Russian information…

Rep. Darrell Issa sent document preservation notices to the White House, Facebook, Twitter and members of the intelligence community who he said were involved with coordinating the suppression of the Hunter Biden laptop story before the November 2020 presidential election.

Mr. Issa alleged “collusion” in the news media blackout and allegations that it was a Russian information campaign with the laptop belonging to President Biden’s son surfaced during the 2020 campaign with a trove of data about Hunter Biden’s far-flung and questionable business dealings.

“There’s no question that Big Tech colluded with some of the nation’s most powerful media and most influential Democrat partisans in the intelligence community to suppress the truth, censor fact-based journalism, and shelter the Biden family from political and legal scrutiny,” the California Republican said in a statement. “We will ensure that the truth is revealed and that those associated with corruption and collusion are held accountable.”

Mr. Issa, who is the ranking member of the Judiciary Committee’s panel on intellectual property and the internet, cast a wide net with his requests.

Former intelligence officials who doubted the authenticity of the Hunter Biden computer in 2020 insist that based on their experience and the evidence available at the time, the laptop was consistent with Russian information campaigns.

In his letters, Mr. Issa calls for “all documents, communications, and other information, including electronic information and metadata, that is or may be potentially responsive to this congressional inquiry.”

It would include electronic messages about the determined topic that are sent using official and personal accounts or devices, including records created using text messages and phone-based message applications on encryption software.

Hunter Biden returned to the media spotlight recently with reports that he was still under investigation by the federal government over his foreign business dealings and tax debt. The New York Times also reported that it had verified the authenticity of the emails and other documents on the laptop, with were first reported by The New York Post in October 2020.

The Post’s report revealed that Hunter Biden had arranged a meeting between a Ukraine energy company Burisma Holdings executive and his father, who was the vice president in the Obama administration at the time.

In the spring of 2014, the younger Biden and his then-business associate Devon Archer were hired to serve on Burisma Holdings’ board just after then-President Obama placed Vice President Biden in charge of managing U.S. relations with Ukraine.

Hunter Biden was paid $50,000 a month for the Burisma gig. The State Department viewed Burisma as corrupt, according to a Senate Republican report.

The Hunter laptop story was dismissed by Democrats who claimed the materials found on the hard drive were possibly hacked or leaked as part of a foreign election interference campaign and compared it to the leaks of Democratic emails in 2016 and 51 former intelligence officials signed a public letter that cast doubt on the laptop story.

House GOP leaders also are sending out document preservation requests across the Biden administration in anticipation of recapturing the House majority in November and launching numerous oversight investigations and hearings into the Biden presidency.

Most Americans, nearly two-thirds, are interested in knowing more about the laptop and believe President Biden was probably involved in his son’s foreign business deals, a recent Rasmussen poll shows.