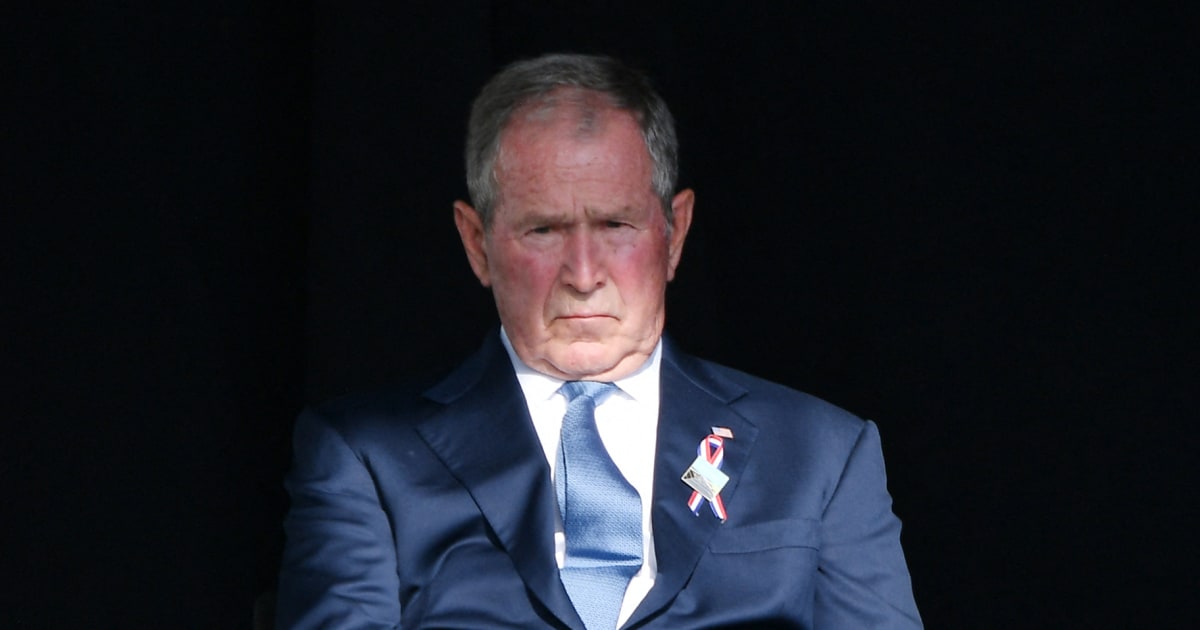 An Iraqi citizen who entered the U.S. in September 2020 allegedly plotted to kill George W. Bush, even traveling to Dallas to surveil the former president's home, according to an FBI search warrant affidavit obtained by NBC News. The FBI alleges that Shihab Ahmed Shihab, of Columbus, Ohio, wanted to provide material support to the Islamic…

An Iraqi citizen who entered the U.S. in September 2020 allegedly plotted to kill George W. Bush, even traveling to Dallas to surveil the former president’s home, according to an FBI search warrant affidavit obtained by NBC News.

The FBI alleges that Shihab Ahmed Shihab, of Columbus, Ohio, wanted to provide material support to the Islamic State terrorist group, telling a confidential FBI source that he wanted to smuggle people into the country “to murder former President George W. Bush” because he held him responsible for killing numerous Iraqis in the 2003 invasion of the country.

Forbes first reported the alleged plot. Soumyajit Dutta, a public defender representing Shihab, said in court Tuesday that the suspect has worked odd jobs and as a food vendor and has no close relatives in the U.S., according to NBC affiliate WCMH-TV in Columbus.

Shihab has been charged with aiding and abetting the attempted murder of a former federal official in retaliation for the performance of official duties, and attempting to bring a foreigner to the U.S. for financial gain. Federal prosecutors are asking that Shihab be detained without bond, with a hearing set for Friday.

The FBI says Shihab entered the U.S. legally and then applied for political asylum while also trying to marry a U.S. woman to secure his immigration status. The documents say the investigation initially began as an immigration or visa fraud case and morphed into something allegedly more sinister.

According to the filings, Shihab made claims to a confidential FBI source that he drove a transport vehicle with bombs in Iraq and had an association with ISIS leader Abu Bakr al-Bahgdadi, who was killed by the U.S. in 2019.

In June, Shihab allegedly told a confidential source that he would pay at least $5,000 to smuggle four former Baath party members located in Iraq, Turkey, Egypt and Denmark into the U.S. by crossing the Mexico border. Once the men were in the the country, their plan was to obtain firearms and a large van with a sliding door to carry out the assassination.

The suspect allegedly conducted surveillance in Dallas on Feb. 8, which included a trip to Bush’s residence, and took videos of the gate in front of Bush’s neighborhood.

A spokesperson for Bush said the former president “has all the confidence in the world in the United States Secret Service and our law enforcement and intelligence communities.”

Shihab allegedly told a confidential FBI source that two of the potential members of the plot were ex-Iraqi intelligence agents. One of the Iraqi nationals was the secretary of an ISIS financial minister, the documents also say.

The suspect told one of the confidential sources that he planned to use a car dealership in Columbus, Ohio, as a “hawala” to funnel the money from the U.S. to the ISIS financial minister’s secretary, the documents say.

Sahib at one point thought he was smuggling someone into the country and allegedly received tens of thousands of dollars for it. But, the Justice Department in a press release said the person was fictitious and the interaction a ruse coordinated by the FBI.

The FBI says it worked with Customs and Border Protection to gather telephone information, perform trap-and-trace analyses of phone calls, and conduct physical surveillance, all while having multiple confidential sources engage with the suspect, including one who has been working with the FBI for over 10 years.

Ken Dilanian is the intelligence and national security correspondent for NBC News, based in Washington.