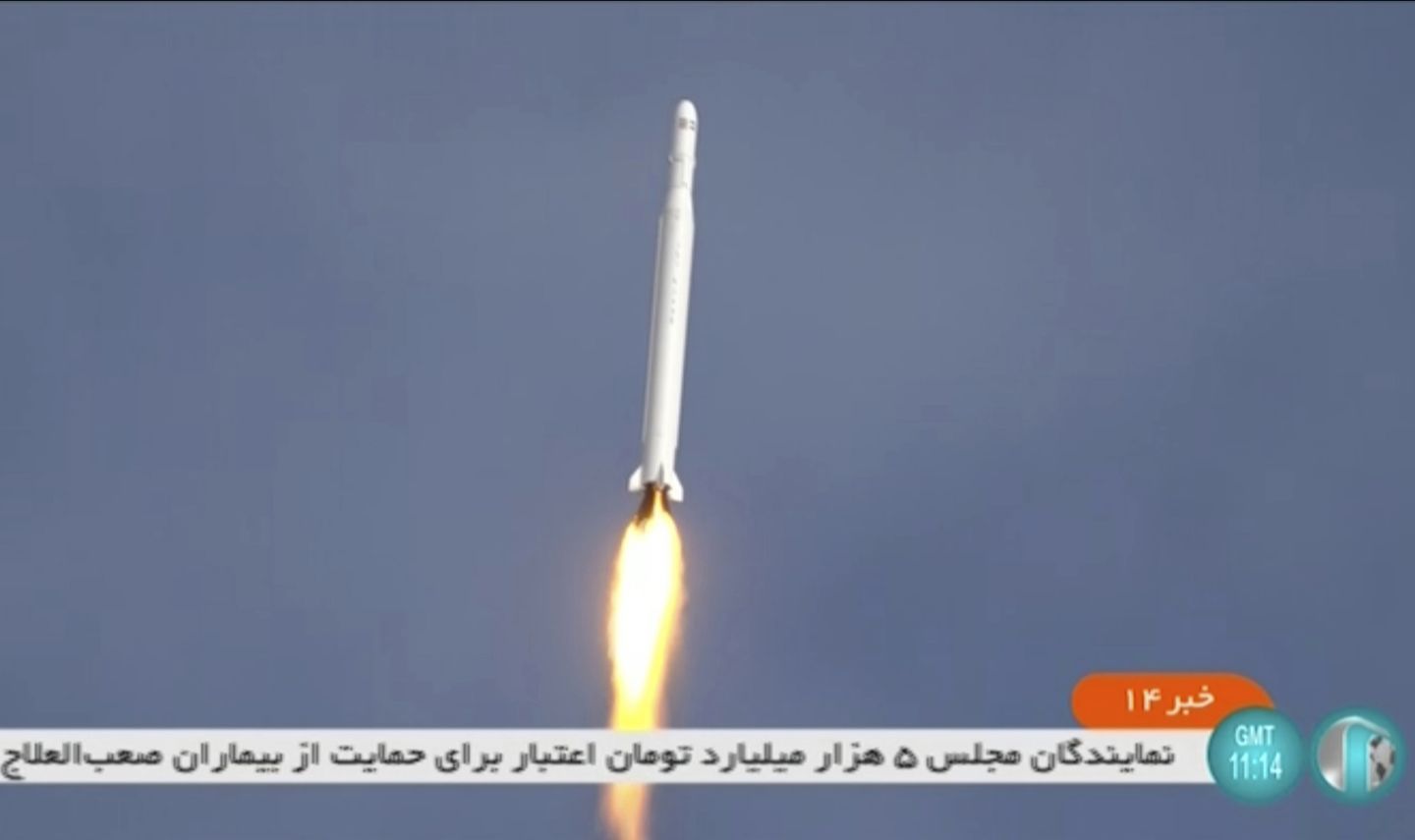 DUBAI, United Arab Emirates (AP) — Iran offered mixed signals Thursday as a deadline loomed in talks over its tattered nuclear deal with world powers, with its president defending the negotiations while a top security official blamed America for the deadlock. The monthslong, indirect talks in Vienna have sought to both get the U.S. to…

DUBAI, United Arab Emirates (AP) — Iran offered mixed signals Thursday as a deadline loomed in talks over its tattered nuclear deal with world powers, with its president defending the negotiations while a top security official blamed America for the deadlock.

The monthslong, indirect talks in Vienna have sought to both get the U.S. to return to the accord it unilaterally withdrew from in 2018, and have Iran restore limits on its rapidly advancing nuclear program.

In recent days, Western diplomats have signaled the talks had reached their conclusion, laying the final decision with Iran. Ali Shamkhani, the secretary of the country’s powerful Supreme National Security Council, wrote on Twitter early Thursday trying to instead blame America for the deadlock.

The “US approach to Iran’s principled demands, coupled with its unreasonable offers and unjustified pressure to hastily reach an agreement, show that US isn’t interested in a strong deal that would satisfy both parties,” Shamkhani wrote in multiple languages. “Absent US political decision, the talks get knottier by the hour.”

Shamkhani and other Iranian officials have repeatedly projected Western complaints about the Islamic Republic’s behavior throughout the negotiations back to the West.

“The government is doing negotiations in the way of the supreme leader’s framework and has not and will not retreat from any red lines which were announced,” he wrote.

Iran’s civilian government operates on a narrow bandwidth under Supreme Leader Ayatollah Ali Khamenei, who has final say on all matters of state. However, divisions exist within even the hard-line camp of Iran‘s theocracy – particularly on the nuclear deal and any interactions with the West.

The tweets came after Russia’s ambassador in the Vienna talks, Mikhail Ulyanov, told journalists in Vienna on Wednesday that “maybe it will be finalized tomorrow, maybe – but it’s not for sure.” Iran‘s top negotiator Ali Bagheri Kani rejoined the talks Wednesday after a quick trip back to Tehran for consultations.

The top negotiator for the European Union earlier this week seemed to suggest whether the talks succeeded or failed now rested with the Islamic Republic.

“There are no longer ‘expert level talks.’ Nor ‘formal meetings,’” Enrique Mora wrote on Twitter, responding to comments by an Iranian analyst. “It is time, in the next few days, for political decisions to end the (hashtag)ViennaTalks. The rest is noise.”

Mora’s comments mirror those of British and French negotiators. The latest wrinkle, however, is a demand Saturday from Russian Foreign Minister Sergey Lavrov that Blinken offer written guarantees over Moscow’s ability to continue trade with Iran as it faces sanctions over its war on Ukraine.

Meanwhile amid the talks, Iran‘s paramilitary Revolutionary Guard announced Tuesday it had launched a second reconnaissance satellite into space. While not directly acknowledging the launch, a space object catalogue maintained by the U.S. military now lists the Noor-2 satellite as having been launched Tuesday by Iran. Its telemetry shows it in a stable orbit some 500 kilometers (310 miles) above the Earth’s surface.

“No sanctions or restrictions can stop the great nation of Iran from developing,” tweeted Iranian Foreign Minister Hossein Amirabdollahian.