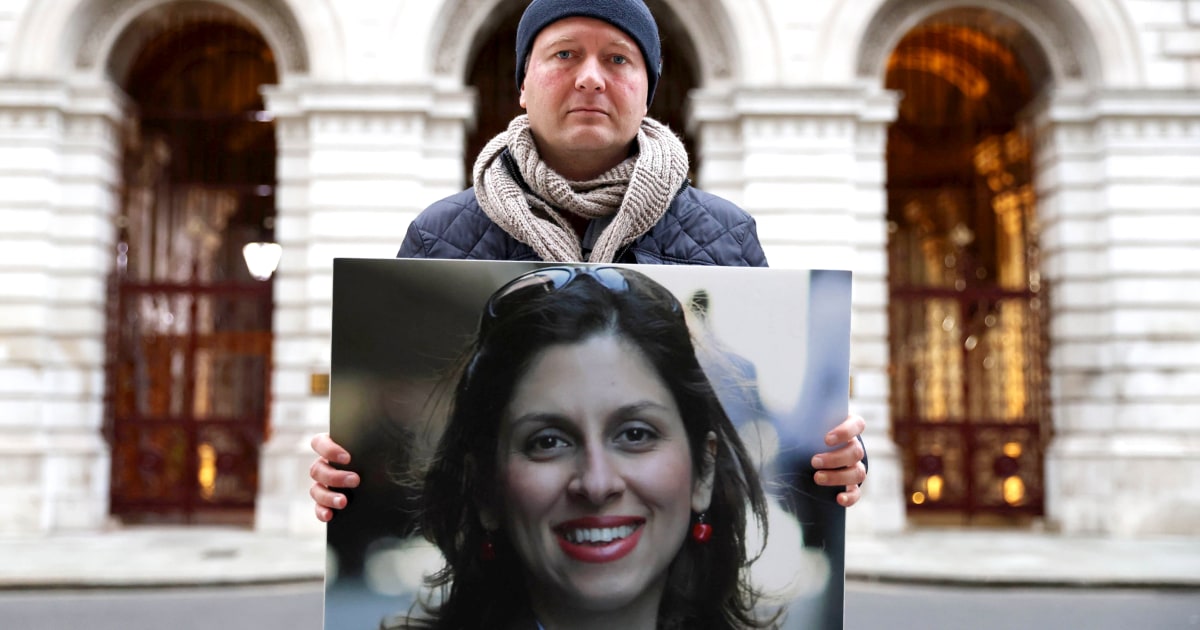 Two British citizens imprisoned in Iran for several years could be on their way to the U.K. soon, possibly within hours, according to two sources with direct knowledge of the discussions between London and Tehran.Aid worker Nazanin Zaghari-Ratcliffe, 43, imprisoned in Iran since April 2016, has been given her passport and is now at her…

Two British citizens imprisoned in Iran for several years could be on their way to the U.K. soon, possibly within hours, according to two sources with direct knowledge of the discussions between London and Tehran.

Aid worker Nazanin Zaghari-Ratcliffe, 43, imprisoned in Iran since April 2016, has been given her passport and is now at her family home in Tehran, British MP Tulip Siddiq said earlier in a tweet. A British government negotiating delegation is in Iran, Siddiq said.

Talks are underway for the release of Zaghari-Ratcliffe and Anoosheh Ashoori, a retired engineer in his 60s who has been imprisoned since 2017. Their release could happen within hours, the two sources said.

A Western diplomat said, “It’s moving in the right direction.”

Iran has been accused of detaining the British nationals to force the U.K. to settle a dispute dating back to the 1970s. Iran says Britain owes it roughly $200 million due to a canceled order for British tanks. Britain has said it is willing to pay the debt.

Both Zaghari-Ratcliffe and Ashoori are dual U.K.-Iranian citizens who have been imprisoned on what the British government maintains were trumped up charges while visiting family in Iran. Zaghari-Ratcliffe was sentenced to five years in prison for allegedly plotting to overthrow the Iranian government. She was then sentenced to additional time last year on a charge of promoting “propaganda against the system” for having participated in a protest outside the Iranian Embassy in London in 2009.

Ashoori was sentenced to 10 years in prison for allegedly spying for Israel, a charge his family called “bogus.”

A representative for the Iranian mission to the United Nations told NBC News last year that the Iranian government “categorically rejects” allegations the pair and others being detained by the government were serving as “hostages.”

Several U.S. citizens are also being detained in Iran. Their fate is believed to be tied to the revival of the 2015 nuclear deal, which former President Donald Trump backed out of in 2018. If world powers and Iran can agree on restoring the deal, the U.S. would likely unblock frozen funds in South Korea, Japan and elsewhere, opening the door to the release of the detained Americans.

Human rights groups say the British, American and other Western nationals imprisoned in Iran are being held on baseless charges and that Tehran uses detained foreigners as bargaining chips and to extract ransom payments. Iran denies the charges.

Hostage Aid Worldwide, a nonprofit group founded by former hostages and family members of hostages held abroad, said it was encouraged by the news of “ongoing progress of the U.K. hostage negotiations with Iran” and called on the Biden administration “to act on its promise and pursue the immediate release of the American hostages held in Iran.”

Dan De Luce is a reporter for the NBC News Investigative Unit.

Dareh Gregorian is a politics reporter for NBC News.