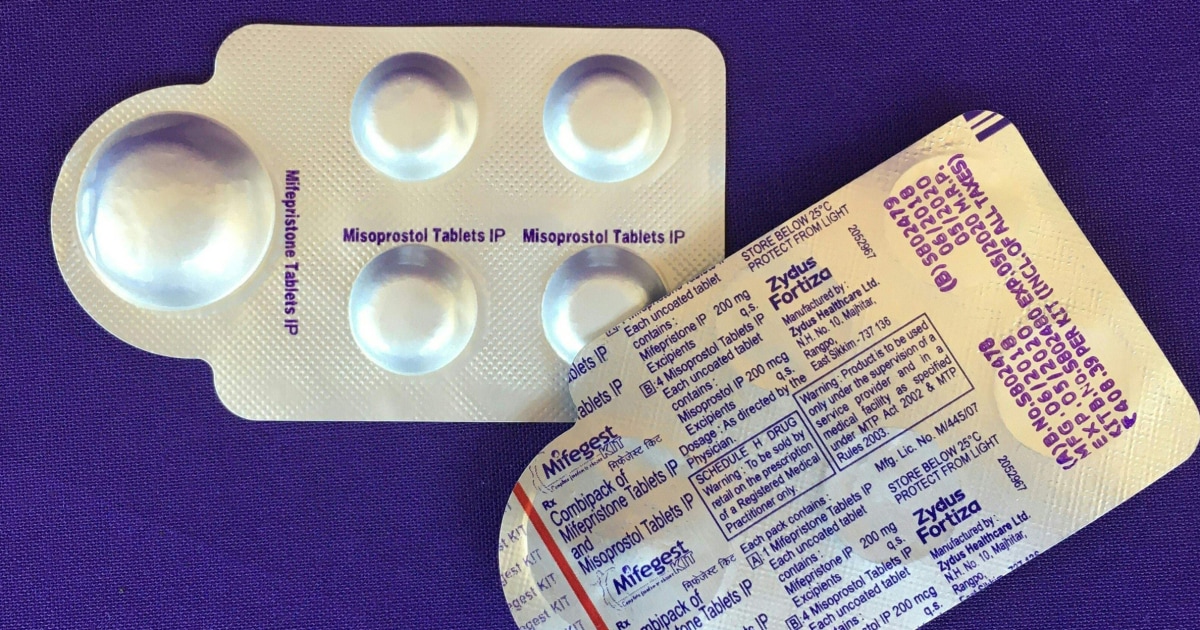 Instagram has deleted some posts and limited at least two hashtags related to abortion services, according to some of the platform’s users and warnings that have been added to certain topics.The platform also briefly suspended and then reinstated an account belonging to an abortion services location platform.NBC News found that searches for two terms and…

Instagram has deleted some posts and limited at least two hashtags related to abortion services, according to some of the platform’s users and warnings that have been added to certain topics.

The platform also briefly suspended and then reinstated an account belonging to an abortion services location platform.

NBC News found that searches for two terms and hashtags related to abortion pills — prescribed pills that can be taken to induce abortion and are still available for mail order in all 50 states from overseas providers — returned almost no new posts, indicating that the company is limiting what users can see.

Unlike normal searches on Instagram, searches for “abortion pills” and “mifepristone” (a popular abortion pill) on Monday did not immediately yield results. On the hashtags for the same terms, a message was displayed that recent posts with the tags “are hidden because some posts may not follow Instagram’s Community Guidelines.” The note does not specify what guidelines have been violated, and it’s not clear when Instagram began limiting the hashtags.

The limitations placed on the hashtags mean that the most recent posts with the tags, which are usually found in a separate tab, aren’t available for users to see. For anyone searching for up-to-date information on the hashtag pages, that means they will have to scroll through older, more-liked posts first, including anti-abortion posts.

Dave Arnold, a public affairs director at Instagram’s parent company, Meta, referred NBC News to a tweet from Meta communications director Andy Stone, which pointed to the company’s “regulated goods” policy. Stone wrote: “Content that attempts to buy, sell, trade, gift, request or donate pharmaceuticals is not allowed. Content that discusses the affordability and accessibility of prescription medication is allowed. We’ve discovered some instances of incorrect enforcement and are correcting these.”

Later on Monday, after this article was originally published, Instagram unblocked the “abortion pills” and “mifepristone” hashtags.

Other posts and hashtags about abortion pill resources remain intact on the platform, including posts that direct users to abortion pill resources and information.Along with the restricted hashtags, two abortion resource organizations and at least a dozen users on social media have claimed that Instagram is removing posts about abortion. Journalist Meira Gebel said Instagram removed several posts she made about abortion and birth control following the repeal of Roe v. Wade, citing unspecified violations of the platform’s community guidelines.

In one post that she says was removed, Gebel offered a place to stay to people from out of state who might be seeking an abortion in Washington, where Gebel lives. In another post that was removed, Gebel wrote that she had access to birth control pills should they one day be criminalized in certain states.

Rachel Fey, vice president of abortion access group Power to Decide, which created Abortion Finder, said the suspension came after a surge of attention to the service fueled by celebrity endorsements and the inclusion of Abortion Finder on a new Biden administration website devoted to abortion resources.

“It was so frustrating to see that site go down at a time when laws were just still changing that morning and wanting people on Instagram to know that they could go to abortionfinder.org,” said Fey, who noted that the site saw a 1,000% increase in clinic searches following Friday’s Supreme Court decision.

In May, following the leaked Supreme Court draft of the decision that would repeal Roe v. Wade, Instagram suspended the account for Aid Access, a group that connects individuals with telehealth providers of abortion pills. The account was eventually restored, and Meta said in a statement to Mother Jones that the removal was a mistake.