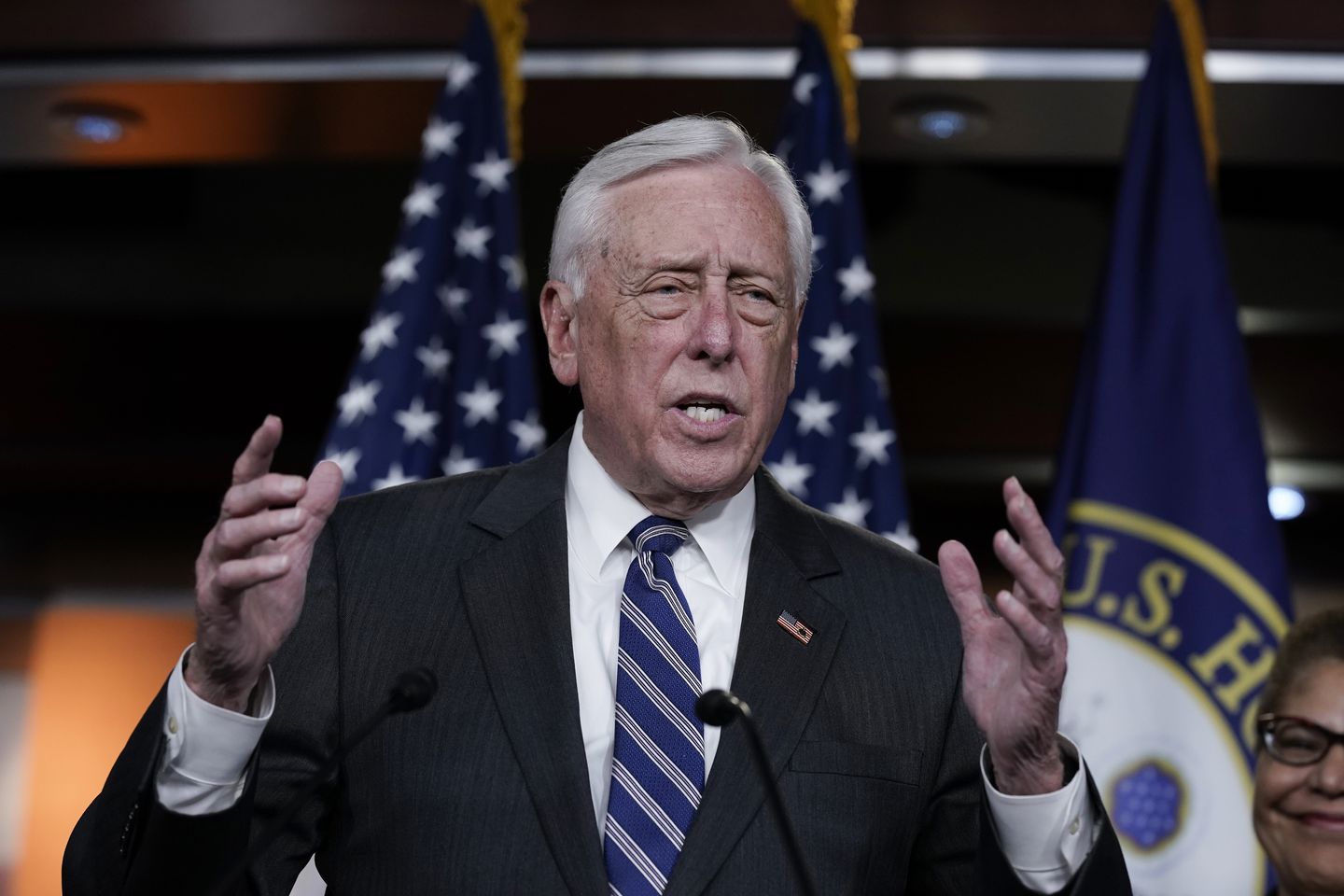 House Majority Leader Steny Hoyer reignited his call to ban lawmakers from carrying handguns at the Capitol after Rep. Madison Cawthorn was busted with a loaded 9 mm pistol at an airport. Mr. Hoyer sent a letter to the House Sergeant-at-Arms William J. Walker calling for a ban on firearms in the Capitol. This follows…

House Majority Leader Steny Hoyer reignited his call to ban lawmakers from carrying handguns at the Capitol after Rep. Madison Cawthorn was busted with a loaded 9 mm pistol at an airport.

Mr. Hoyer sent a letter to the House Sergeant-at-Arms William J. Walker calling for a ban on firearms in the Capitol. This follows two previous letters he sent to the Capitol Police Board asking for clarity related to firearms regulations in the Capitol Complex.

Firearms are banned at the Capitol for most visitors and staff but Congress members are allowed to carry concealed handguns. Lawmakers are currently prohibited from carrying guns in the House and Senate chambers.

In his letter, Mr. Hoyer stated that “in light of the disturbing news that a Member was detained by police for a second time yesterday at the airport in Charlotte, North Carolina, after again trying to bring a loaded firearm onto a commercial flight, it is essential that we have a clear and unambiguous policy in place regarding gun safety in the Capitol Complex and grounds.”

Mr. Hoyer, Maryland Democrat, asked if Mr. Walker could share with him his view on how the security of the Capitol complex “can be enhanced and, specifically, the question of whether the Capitol Complex ought to be made a fully gun-free zone, outside of Capitol Police and other authorized law enforcement.”

He noted that some aspects of the “existing regulation concerning the possession of firearms in the Capitol Complex or on its grounds are unclear or ambiguous in the understanding of some Members, who believe they have a right to carry personal firearms in these spaces, including committee rooms where they are engaged in committee business.”

Although House Democrats support the ban, it has reportedly been met with resistance from some Senate Democrats.

Mr. Cawthorn’s gun was discovered in his carry-on bag Tuesday at a security checkpoint at Charlotte Douglas International Airport.

It was the second such incident for Mr. Cawthorn, North Carolina Republican. Security officials at Asheville Regional Airport found a loaded 9 mm pistol in his carry-on luggage on Feb. 13, 2021.

Rep. Thomas Massie, a Kentucky Republican who is co-chair of the Second Amendment Caucus, said Democrats are looking for any reason they can find to ban firearms on Capitol Hill.

“As somebody who carries almost 100% of the time, I know how easy it is to forget that it’s with you. I mean, myself, I’ve gotten to the airport and started into the airport and I have a firearm on me. It’s easy to do,” he said. “If you’re comfortable carrying a firearm, and a lot of us are, it’s easy to forget.”

He added, “They’re looking for any reason to take a gun away from anybody. And the fact that they’re focused on a guy in a wheelchair is despicable.”

Other Republicans told The Washington Times that Mr. Cawthorn’s “boneheaded move” make the conference look bad, but it should not force a change in the rules for lawmakers carrying guns in the capitol.

“It’s the liberal knee-jerk reaction and they’re afraid of guns. It has nothing to do with access to firearms or any firearms here,” one lawmaker said privately. “We need firearms here because of threats or we’re potential targets. We have a constitutional right to carry.”

Since 2018, when House Democrats took the majority, members called for Speaker Nancy Pelosi to change the half-century-old Capitol Hill provision that exempted lawmakers from Washington’s firearm regulations and allowed them to keep guns in their offices and carry handguns in the Capitol complex.

Although guns are prohibited in the legislative chambers and adjacent areas, lawmakers over the decades are believed to have stealthily walked onto the chamber floor while packing heat.

This latter practice likely ceased in the House chamber following the Jan. 6, 2021, riot when Mrs. Pelosi, California Democrat, ordered metal detectors at every entrance of the chamber. The Democratic majority also voted on a rule to fine any member who did not comply with a security check.