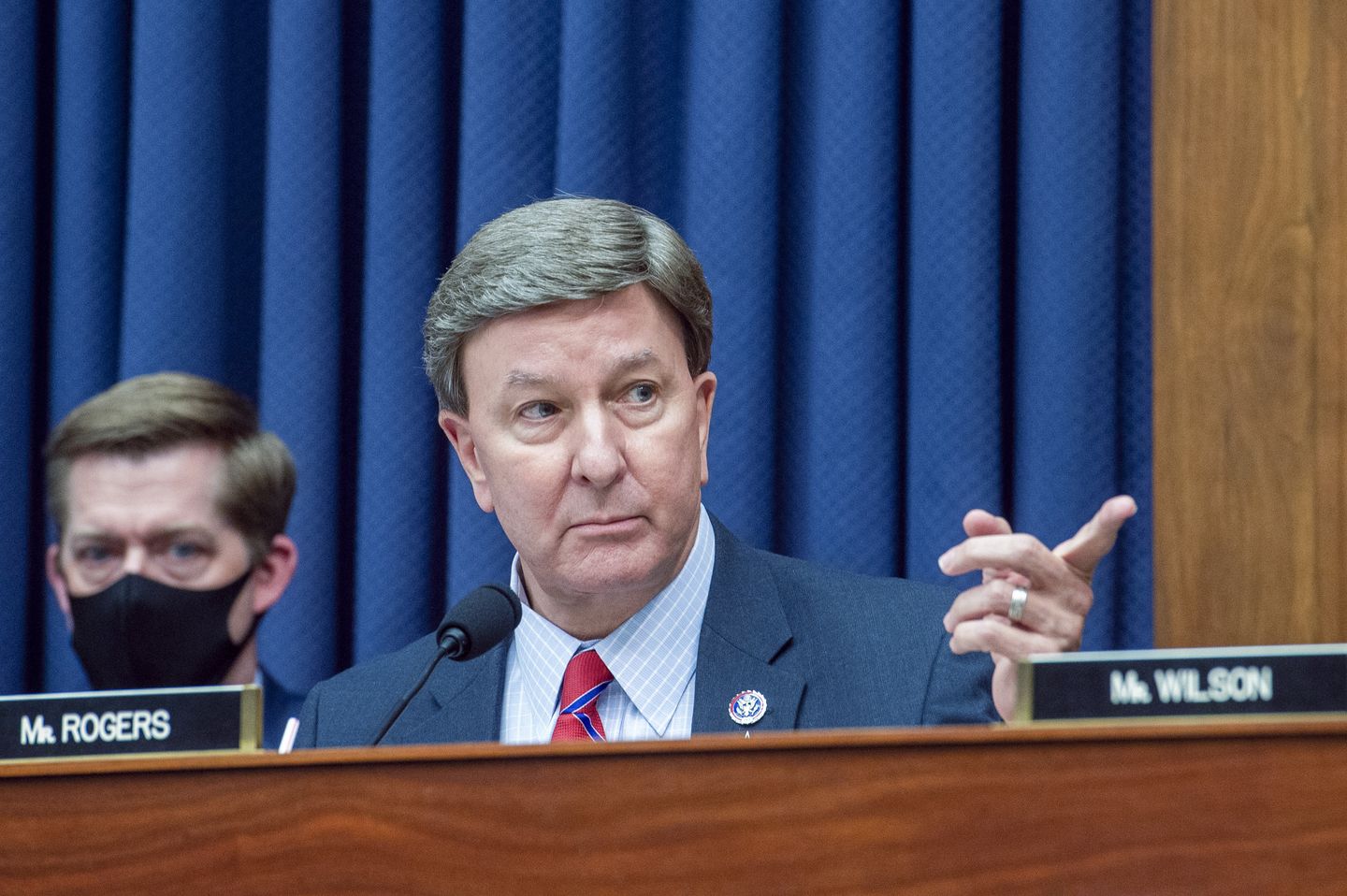 House Republicans notched a defense spending win on Thursday as the chamber passed its behemoth $839 billion defense policy bill, but not without making some tradeoffs. Lawmakers approved the National Defense Authorization Act 329-111 leaving intact a $37 billion boost to the Pentagon’s budget in a rebuke of President Biden’s spending plan. The top Republican…

House Republicans notched a defense spending win on Thursday as the chamber passed its behemoth $839 billion defense policy bill, but not without making some tradeoffs.

The top Republican on the House Armed Services Committee, Rep. Mike Rogers, praised the “overwhelming bipartisan support” for the bill.

“Every year, Congress is tasked with ensuring that our service members have the authorities and resources they need to defend our nation and defeat our adversaries,” the Alabama lawmaker said.

He said the final bill makes “needed investments to ensure our warfighters are equipped to succeed and win on the battlefields of the future.”

Progressive Democrats failed to block the Republican-backed spending increase on the House floor with lawmakers voting 277-151 against a measure put forward by Rep. Barbara Lee, California Democrat, which would have removed the additional funds.

Beyond the extra spending, lawmakers from both sides of the aisle sent strong signals of discontent with Mr. Biden’s military blueprints.

The final bill includes a measure to restore funding for the Navy’s nuclear-tipped sea-launched cruise missile development program that was recently scuttled by the administration.

Lawmakers also voted 244-179 in support of a measure by Rep. Chris Pappas, New Hampshire Democrat, that would prohibit Mr. Biden’s proposed sale of F-16s to Turkey unless he certifies to Congress that it is in the U.S. national interest.

Mr. Biden threw his support behind the fighter sale last month on the heels of Turkey dropping its objection to Finland and Sweden joining NATO.

Not all measures included in the final package were wins for the GOP.

Lawmakers approved a measure by Rep. Adam Schiff, California Democrat, to “prohibit the use of evidence obtained with the assistance of a member of the Armed Forces in violation of the Posse Comitatus Act.”

Republicans accused Mr. Schiff of trying to block Congress’ oversight of domestic deployments of the military and National Guard.

The New York lawmaker said Democrats were attempting to “cover up for the national security crisis of the weakest commander in chief in U.S. history.”

While the measure is narrowly focused on domestic deployments, it could limit oversight of a range of engagements from border security to the Jan. 6, 2021, Capitol riot.

Lawmakers also approved a measure to repeal the 2002 Iraq War authorization, which has been a Democrat-led priority for years. Republicans have pushed back on the move arguing that it would limit the U.S. response to terrorists in the region.

The House GOP also voted against a measure that requires the Pentagon to produce a report outlining its efforts to snuff out white supremacists and neo-Nazis in the ranks.

Republicans say the measure vilifies military members over a problem that Democrats have overblown.

While not included in this year’s House version of the NDAA, Republicans are bracing for a showdown in the Senate over a proposal to include women in the military draft.

Supporters of a gender-blind draft note the rising number of women already serving in the military and that virtually all military assignments, including combat jobs, are being filled by men and women.

But some in the Senate GOP have signaled they won’t back down from the fight to strike the measure.

“Women have served in and alongside the Armed Forces since our nation’s founding,” the lawmakers wrote. “While American men are required to register for the military draft and fight if needed, these requirements have never been applied to American women. Where they have fought, they have done so freely.”

Once the Senate passes its version, both chambers will have to sort out their differences before sending a final bill to the White House.