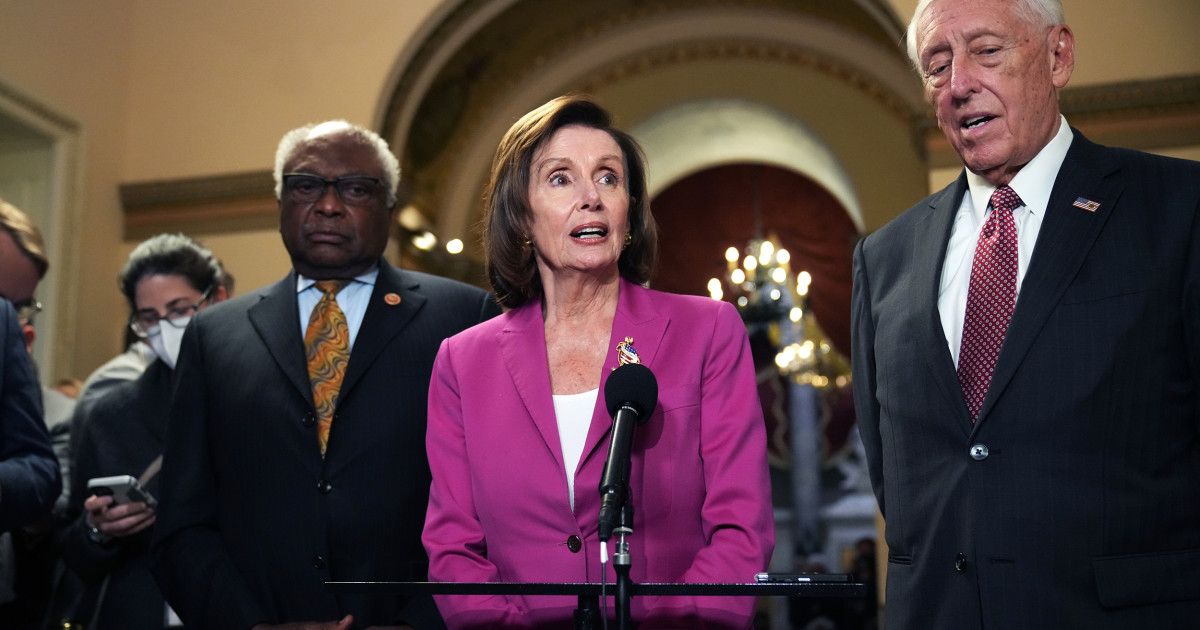 The House passed a $555 billion infrastructure bill on Friday night, sending the legislation to President Joe Biden who is expected to quickly sign the measure into law.The funding package, which passed 228 to 206 and relied on Republican votes to get across the finish line, will ramp up government spending on roads, bridges and…

The funding package, which passed 228 to 206 and relied on Republican votes to get across the finish line, will ramp up government spending on roads, bridges and airports, as well as funding for public transit, water and broadband.

Six Democrats voted against the measure and 13 Republicans voted in favor. Progressive members were dissatisfied that the bill was being considered before passage of a $1. 75 trillion social safety net spending bill. The vote gives Biden victory over a major bipartisan bill. However, it took months for Congress to pass and exposed deep divisions within the Democratic Party. In August, the Senate passed the bill . However, it was stalled for months by House progressives fighting with Democratic centrists.

Biden released a statement praising Friday’s House vote. He said that the bill would tackle the climate crisis and create jobs. It will also “ease inflation pressures” and lower the costs of working families. “

Biden called on the House Democrats to pass the infrastructure package as well as the social policy measure (also known under the Build Back Better bill).

“I am asking all members of the House of Representatives, to vote Yes on both of these bills immediately,” Biden stated during remarks from White House. “Send the Infrastructure bill to my desk and send the Build Back better bill to the Senate. Let’s build on incredible economic progress, build on what we’ve already done because this will be such a boost when it occurs.”

House leadership later decided to push back the vote on the safety net bill due to several moderates insisting on first seeing a Congressional Budget Office cost estimate of the legislation to ensure the bill is fully paid for. Given their small majority in Congress, Democrats can’t afford to lose more that a few defections.

Progressives, however, wanted the infrastructure package to be linked to the social spending plan out of concern that passing infrastructure first would weaken their leverage in shaping and advancing the Build Back Better bill.

Democrats now want to vote on the safety net bill by Thanksgiving. House passage would send the legislation to the Senate, where it will need the support of all 50 Democrats to find its way to Biden’s desk.

House Speaker Nancy Pelosi (D-Calif.) called the bills “historic” shortly before they were voted on the House floor. She stated that the bills will create millions of jobs for working families and provide them with the support of all Democrats.

In August, the Senate voted 69 to 30 to pass the infrastructure bill, with 19 Republicans joining all Democrats. The spending package would increase federal spending on roads and bridges, as well energy systems and transit programs. It would establish a program to build and repair rural bridges, as well as one to increase internet connectivity in Tribal communities and rural areas. It would also provide funding for water system protection, especially in low-income communities.

The Congressional Budget Office estimates the legislation would add $256 billion to the federal deficit over a 10-year span.