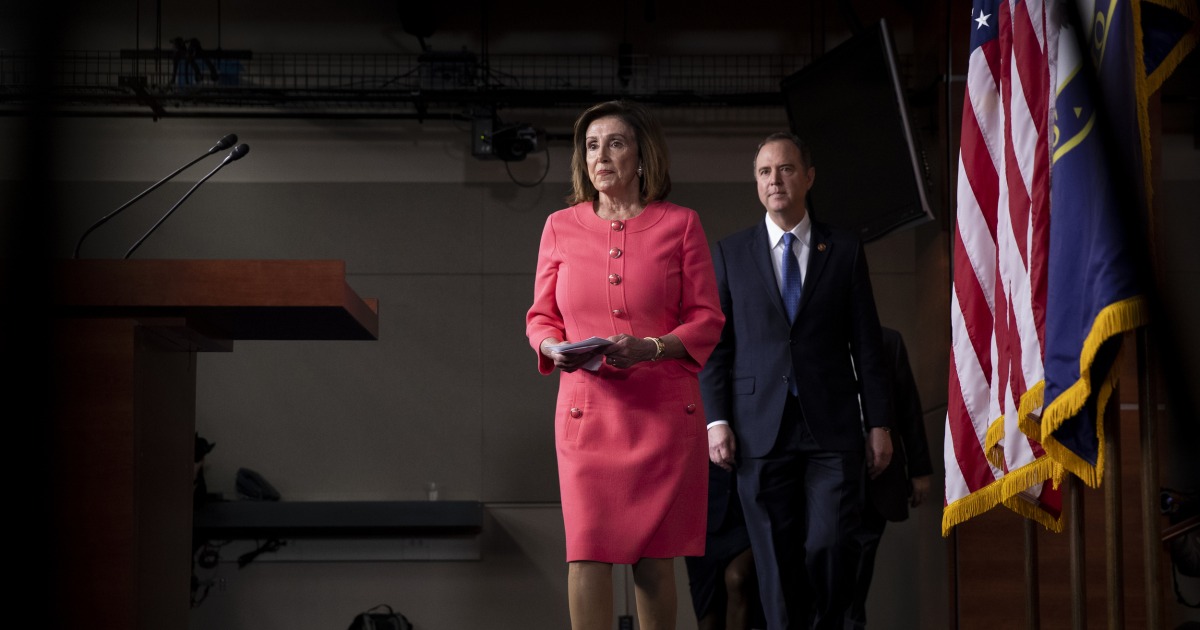 WASHINGTON — House Democrats plan to press forward with legislation aimed at preventing abuses of presidential power, strengthening Congress’ ability to enforce subpoenas and boosting protections for whistleblowers in what supporters of the measures say is largely a response to Donald Trump's actions as president.House Speaker Nancy Pelosi, D-Calif., will highlight the Protecting Our Democracy…

WASHINGTON — House Democrats plan on pushing forward legislation that aims to prevent abuses of presidential power, strengthen Congress’ ability to enforce subpoenas, and boost protections for whistleblowers. The measures are largely supported by supporters because they respond to Donald Trump’s actions as president.

House speaker Nancy Pelosi (D-Calif.) will discuss the Protecting Our Democracy Act at a press conference with its chief sponsor, Rep. Adam Schiff (D-Calif.), chairman of the House Intelligence Committee.

The measure would restrict a president’s power to pardon, require presidential candidates be transparent about their tax records, and extend the deadline for prosecuting former presidents or vice presidents for federal offenses committed prior to their time in office. Protect Democracy ,, which advocates for the measure, said.

This measure would allow incoming presidents to have access resources during the transition period after an election. It would also require disclosure of contacts between White House and Justice Department.

” The proposals address long-standing weaknesses in democracy that have allowed the aggrandization of presidential power. Many of these have been exploited over the decades by presidents from both parties and some of them reached new heights thanks to the actions of Trump’s administration,” the group states on its website.

Democrats introduced the measure in previous Congresses. To advance the measure to the final vote, Democrats must have at least 10 Republicans supporting it in the Senate.

Rebecca Shabad is a congressional reporter for NBC News, based in Washington.