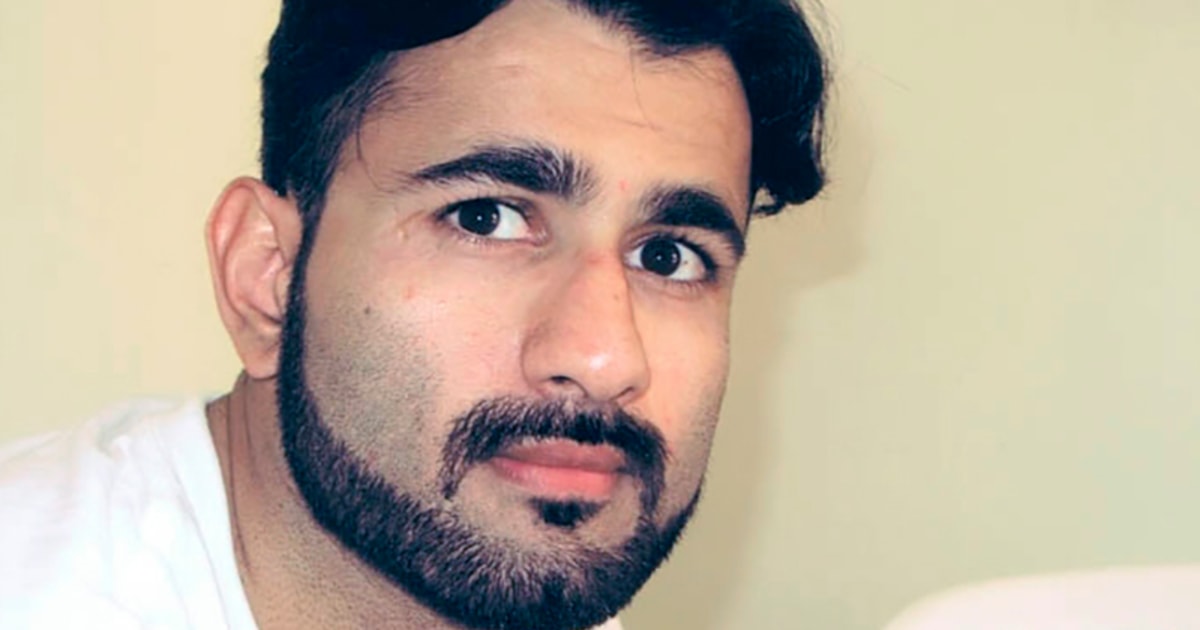 FORT MEADE, Md. — A military jury imposed a sentence of 26 years Friday on a former Maryland man who admitted joining Al Qaeda and has been held at the Guantanamo Bay detention center. But under a plea deal, the man could be released as soon as next year because of his cooperation with U.S.…

The sentencing of Majid Khan is the culmination of the first trial by military commission for one of the 14 so-called high-value detainees who were sent to the U.S. naval base in Cuba in 2006 after being held in a clandestine network of overseas CIA detention facilities and subjected to the harsh interrogation program developed in response to the 9/11 attacks.

Khan, a 41-year-old citizen of Pakistan who came to the U.S. in the 1990s and graduated from high school near Baltimore, earlier pleaded guilty to war crimes charges that included conspiracy and murder for his involvement in Al Qaeda plots such as the deadly bombing of the J.W. Marriott hotel in Jakarta, Indonesia, in August 2003.

He apologized for his actions, which included planning Al Qaeda attacks in the U.S. after 9/11 and a failed plot to kill former Pakistan President Pervez Musharraf. He said that he did it all and had no excuse during a two-hour testimony to jurors. And I am very sorry to everyone I have hurt.”

The jury of eight military officers was required to reach a sentence of 25 to 40 years. After Khan’s guilty plea, the jury heard a two hour statement by the prisoner describing the brutal CIA interrogation and imprisonment he endured in the three years prior to his arrival at Guantanamo. The jury foreman stated that seven of eight jurors had written a letter to Pentagon legal officials recommending clemency to Khan. This is an option under military commission law.

A pretrial agreement means he could be released as early as February, at which point he would be resettled in an as-yet to be determined third country. He is not allowed to return to Pakistan.

Jurors were not told about the pretrial agreement, which requires a Pentagon legal official known as a convening authority to cut his sentence to no more than 11 years because of his cooperation. He would also receive credit for some time he spent in custody.

It will be up to the Biden administration, which is working to close the detention center that now holds 39 men, to find a country willing to accept Khan for resettlement along with his wife and the daughter who was born after he was captured in Pakistan.

Wells Dixon was a lawyer for Center for Constitutional Rights and part of the defense team. He said that Khan’s sentence would be completed by February. He said Khan’s team looks forward to working with the Biden administration to ensure “he has the necessary support to allow him to move on with his life and be a positive, contributing member of society.”

Despite the pretrial agreement, the prosecution urged the jury to recommend a sentence at the higher end of the range as the defense urged jurors to consider Khan’s cooperation, contrition and the brutal conditions of his captivity.

“Since these crimes were committed, Majid has become a completely different person,” stated Army Maj. Michael Lyness (a military defense attorney). “Majid Khan has been reformed and is worthy of your mercy Army Colonel Walter Foster, the prosecutor, attempted to discredit Khan’s claim that he was led astray from radical Islam when he was a young man. He conceded the prisoner had also experienced “extremely rough treatment” at the hands of the CIA, but pivoted to remind the court of the 11 people killed in the Marriott bombing.

“He’s still here and is with us today. This luxury is not available to the victims and dead of the J.W. Foster stated that Marriott bombing victims do not have this luxury.

Khan’s cooperation is expected to help with other war crimes cases at Guantanamo, one involving five men held there who are charged with planning and aiding the Sept. 11, 2001, attacks. These cases are a major obstacle to the closure of the detention center. They have been stalled at the base’s pretrial stage for many years.