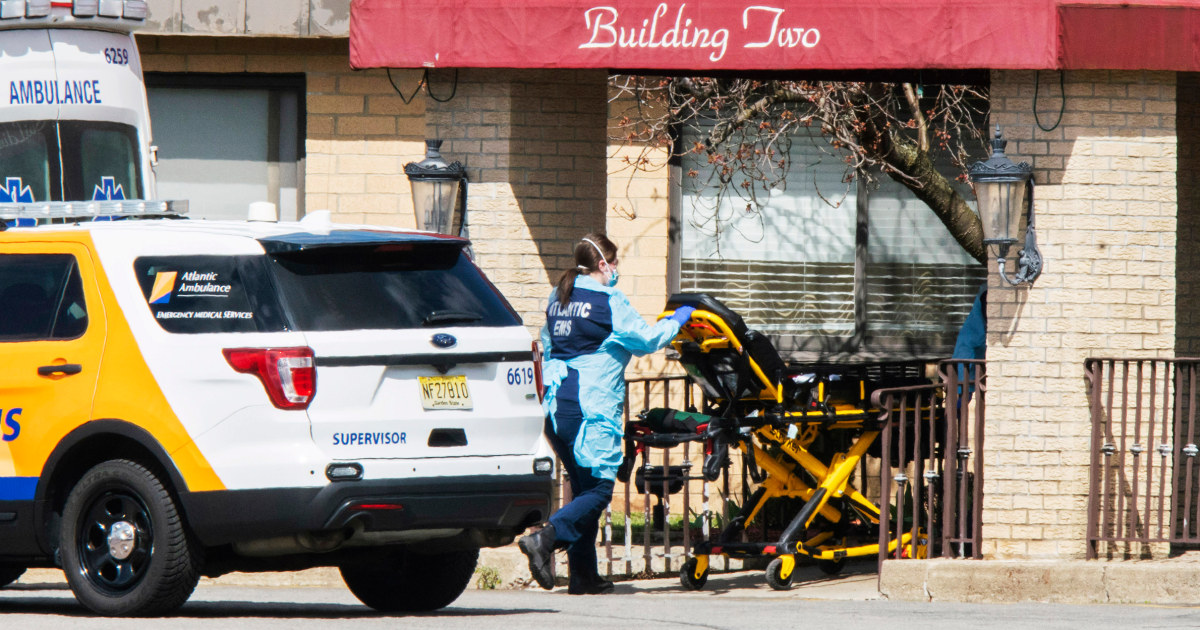 A Republican senator has demanded that the Justice Department open an investigation into conditions at a New Jersey nursing home where 17 bodies were found stacked in a morgue in 2020, and has also asked the agency that oversees Medicare and Medicaid funding to explain why it is still paying for patient care at the facility.Woodland Behavioral Health…

A Republican senator has demanded that the Justice Department open an investigation into conditions at a New Jersey nursing home where 17 bodies were found stacked in a morgue in 2020, and has also asked the agency that oversees Medicare and Medicaid funding to explain why it is still paying for patient care at the facility.

Woodland Behavioral Health in Andover, N.J., was most recently accused in February of failing to do CPR or call 911 for unresponsive patients or provide lifesaving medicine for Covid-positive residents.

The facility and its owners have been the subject of an ongoing NBC News investigation.

In a letter to Attorney General Merrick Garland cosigned by two other GOP senators, Tim Scott of South Carolina and Thom Tillis of North Carolina, Sen. Chuck Grassley of Iowa called conditions at the facility “flagrant and egregious” and urged Attorney General Merrick Garland to launch an investigation. Both Grassley and Scott are on the Health Care subcommittee of the Finance Committee, and Scott is the ranking member of the Special Committee on Aging.

Separately, Grassley wrote the administrator of the Centers for Medicare and Medicaid Services asking that the agency provide the senator’s office with a detailed explanation of the agency’s decision about “whether or not to terminate Woodland’s participation in Medicare or Medicaid.” CMS has threatened to end federal funding for the facility, but earlier this month decided to extend funding through at least Aug. 15. Medicare and Medicaid funding pays for about 70 percent of patient care at the nation’s long-term care facilities.

Grassley also asked whether or not the facility will be required to “provide a plan” for relocating the 400 plus residents if the facility is cut off from federal funding.

CMS did not immediately respond to a request for comment.

Last week the state of New Jersey appointed an outside monitor to remain at Woodland for 90 days to “conduct an onsite assessment of business practices, operations, and infrastructure.”

The facility’s problems date back to 2019 when a woman with dementia suffered severe frostbite, according to a police report, after being found in the parking lot in the early morning hours after wandering outside through broken doors.

Then, as NBC News previously reported, during the early days of the pandemic, 83 residents died of Covid and bodies were found stacked at the facility’s morgue, which was then known as Andover Subacute II. The federal government fined the owners $221,115 for not being in “substantial compliance” with federal regulations, and the state attorney general’s office began an investigation.

According to state officials, 16 residents at the facility have died from Covid since September.

In a statement in November, the owners said that “the safety and health of our residents has always been the top priority for Woodland Behavioral,” adding, “The COVID-19 pandemic brought unprecedented challenges, and our heroic staff faced those challenges as best as they could. We continue to thank them for everything they did (and continue to do) to protect our residents.”

Laura Strickler is an investigative producer in the NBC News Investigative Unit based in Washington.