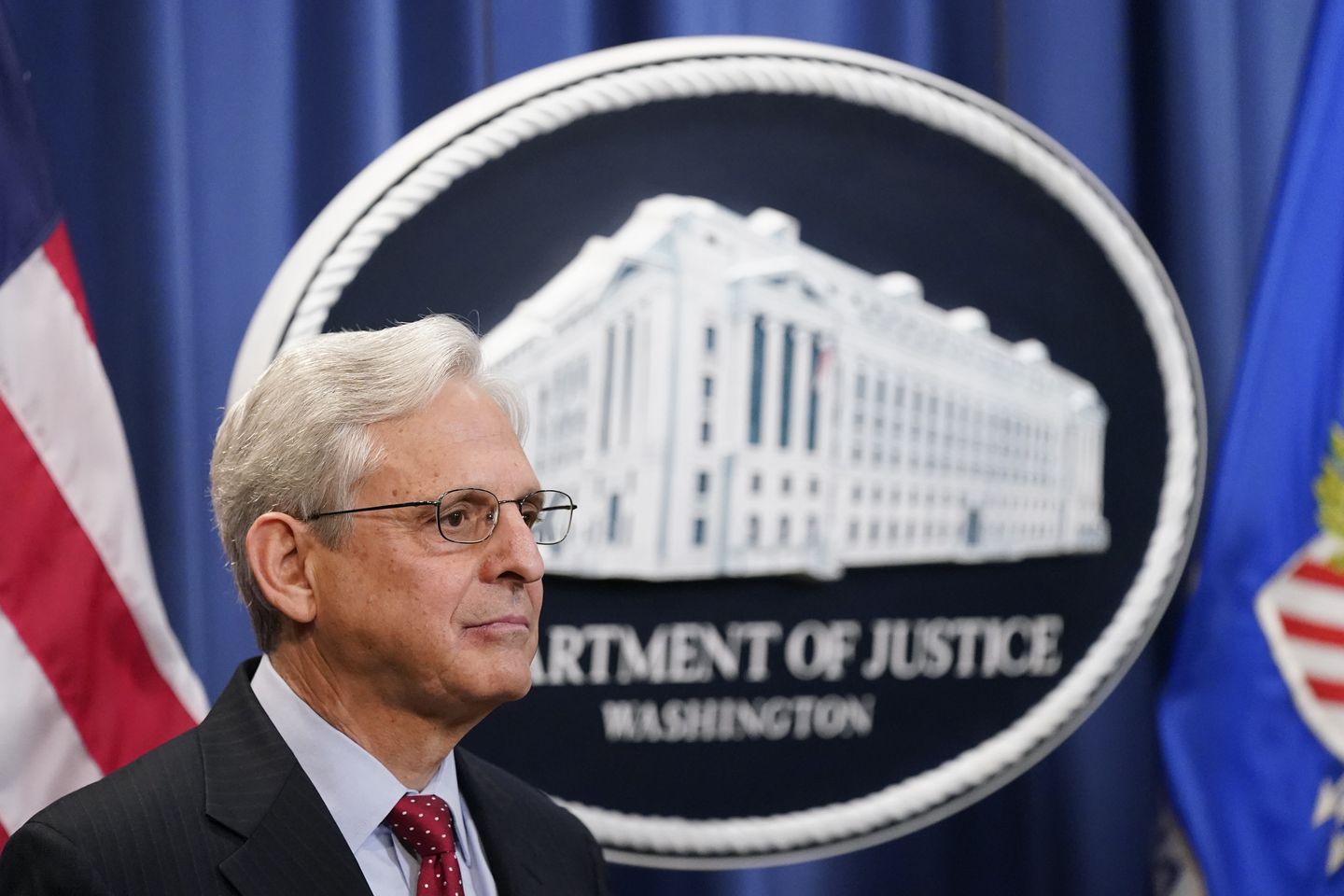 A few hours after Attorney General Merrick Garland promised to beef up Supreme Court security, it was business as usual in front of Justice Brett Kavanaugh’s house. A dozen or so pro-choice activists waved signs and shouted slogans Wednesday evening outside his home in Chevy Chase, Maryland. Protesters also turned up at the nearby residence…

A few hours after Attorney General Merrick Garland promised to beef up Supreme Court security, it was business as usual in front of Justice Brett Kavanaugh’s house.

A dozen or so pro-choice activists waved signs and shouted slogans Wednesday evening outside his home in Chevy Chase, Maryland. Protesters also turned up at the nearby residence of Chief Justice John Roberts, as reported by WJLA-TV.

Across the state line, seven demonstrators dressed as characters from “The Handmaid’s Tale” paraded up and down Justice Amy Coney Barrett’s cul-de-sac in Falls Church, Virginia.

Among those exasperated by the daily scenes of activism at the justices’ homes was Virginia Lt. Gov. Winsome Sears, who accused the Justice Department of tolerating “mob rule.”

“Merrick Garland has not gotten off his duff and gotten the DOJ to prosecute anyone, and it’s simply because they’re picking winners and losers,” Ms. Sears, a Republican, said Thursday on “Fox & Friends.”

“But here’s where I’m putting the blame: President Biden, you need to tell your attorney general to go and do his job and protect the citizens of the United States of America,” she said. “Ultimately, sir, this falls on you. This is on your watch, and it’s all fun and games until somebody gets hurt.”

VA Lieutenant Gov. @WinsomeSears calls on Joe Biden to tell his AG to stop the protests targeting Supreme Court justices: “This falls on you.” pic.twitter.com/E58cQqVdgx

Reacting to the surge in protest activity that was spurred by a leaked Supreme Court draft opinion showing the justices would overturn Roe v. Wade, Mr. Garland on Wednesday directed the U.S. Marshals Service to “help ensure the justices’ safety” and assist the Supreme Court marshal and police.

The DOJ statement said nothing about protecting the justices’ homes or enforcing federal law prohibiting demonstrations aimed at influencing judges “in or near a building or residence occupied or used by such judge.”

Violating those federal laws is punishable with fines and up to a year in prison.

Sen. Josh Hawley, Missouri Republican, responded Thursday by saying: “The DOJ should prosecute the people who are attacking churches and breaking the law to harass and intimidate Justices. Anything less is window dressing.”

Sen. Marco Rubio, Florida Republican, fired off a letter Thursday asking for details, including whether Mr. Garland would commit to “identifying and pursuing criminal charges” against those who violate federal law.

“These woke actors are not engaged in protected speech but instead attempting to intimidate Supreme Court Justices into submission,” said Mr. Rubio.

He wasn’t alone. House and Senate Republicans have flooded Mr. Garland with letters in the last few days urging him to enforce the law.

“The failure of this Administration to defend the integrity, independence, and fairness of the judicial process is a shameless and implicit endorsement of mob rule in America,” said Rep. Claudia Tenney, New York Republican, who sent a letter Wednesday to Mr. Garland signed by nearly 50 House Republicans.

“I think it’s reprehensible. Stay away from homes and families of elected officials and members of the court,” Mr. Durbin, who also chairs the Judiciary Committee, told CNN.

“I know there’s an outrage right now, I guess, about protests that have been peaceful to date. And we certainly continue to encourage that outside of judges’ homes and that’s the president’s position,” Ms. Psaki said.

Mr. Rubio accused the Biden administration of “actively encouraging this behavior” with such statements, saying they “threaten the safety of members of the Court.”

Stepping into the breach was Virginia Gov. Glenn Youngkin, who asked Wednesday for the Fairfax County Police Department to expand the perimeter around the homes of three justices who live in Virginia.

“We’re not tolerating it,” said Ms. Sears. “In fact, our governor has had state police outside the homes this whole time, from the very first time it started. What we need now is for Merrick Garland to go ahead and do his job.”

The Washington Times reached out to the Justice Department for comment.

Rep. Rashida Tlaib, Michigan Democrat, told Fox News that “I get interrupted and protested all the time. I welcome it in many ways, as long as it’s not, you know, violent rhetoric, talking about, you know, physical harm and all those things.”

“The View” co-host Joy Behar on Tuesday called the activism “a good lesson” for Justice Samuel Alito, who wrote the leaked majority opinion.

“It also shows Alito what it feels like to lose your freedom of choice,” Ms. Behar said. “He can’t leave the house easily so maybe that’s a good lesson for them.”