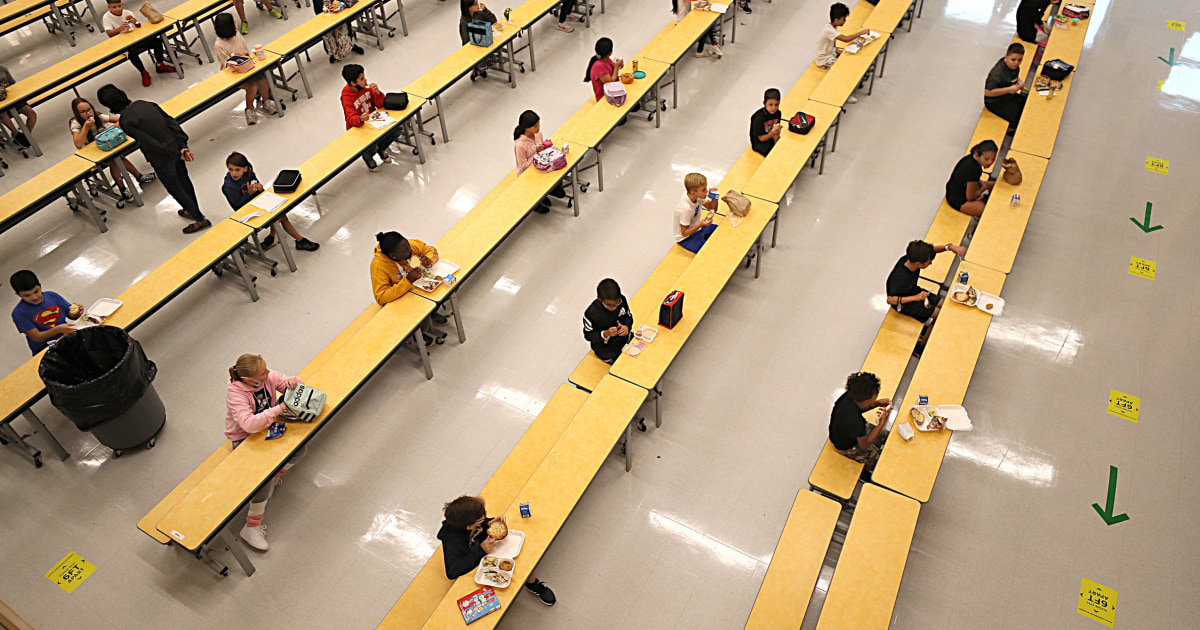 An expiring federal program that has offered free meals to all schoolchildren during the pandemic and loosened requirements for what they must be fed will be back on the table if newly proposed legislation is passed.A bipartisan bill introduced Thursday in the Senate seeks to keep the initiative going by extending federal waivers that have…

An expiring federal program that has offered free meals to all schoolchildren during the pandemic and loosened requirements for what they must be fed will be back on the table if newly proposed legislation is passed.

A bipartisan bill introduced Thursday in the Senate seeks to keep the initiative going by extending federal waivers that have allowed the U.S. Department of Agriculture to help schools in several ways. That effort took a blow this month when Congress passed its $1.5 trillion spending bill without agreeing on whether to continue funding the waivers.

The bill’s co-sponsor, Sen. Debbie Stabenow, D-Mich., said that these benefits have been crucial during the pandemic, but that she would like to see the waivers extended past June 30, when they are currently set to lapse, and continue through Sept. 30, 2023.

Stabenow, chairwoman of the Senate Committee on Agriculture, Nutrition and Forestry, said she was disappointed that the issue had become bipartisan but was able to get Republican colleagues on board, including co-sponsors Sen. Lisa Murkowski, R-Alaska, and Sen. Susan Collins, R-Maine.

“Certainly, when 90 percent of the schools are using the flexibility right now and are desperate to maintain it, that’s almost all of America, including red states,” Stabenow said.

Child nutrition and anti-hunger advocates have criticized the lack of action as shortsighted at a time when ongoing supply chain disruptions and labor shortages have made feeding students a challenge, and ahead of the summer, when children still depend on federally funded meal programs but have limited access.

During the pandemic, the waivers have allowed the Department of Agriculture to reimburse schools at higher rates for the cost of meals; prevent schools from being penalized if they can’t meet certain regulatory requirements, such as serving specific types of food that follow nutritional guidelines; and grant schools flexibility in how and where students are fed, including allowing families to pick up meals.

Additionally, the waivers allowed schools to provide free meals to all students without their families having to first meet income requirements set by the federal government.

The waivers had been supported by Democrats and Republicans, but Senate Minority Leader Mitch McConnell, R-Ky., was reportedly against funding them — at a cost of $11 billion — in Congress’ latest spending package.

At the center of the debate was whether to keep paying for programs that have benefited since the early months of the pandemic. Republican leadership had framed the waivers as temporary, and they did not immediately comment Thursday if they are receptive to Stabenow’s bill, which she is calling the Support Kids Not Red Tape Act.

Murkowski said in a statement that the issue of child hunger is too crucial not to take up.

“Following the widespread disruptions caused by Covid, life is beginning to feel more ‘normal’ for some,” Murkowski said. “However, many Alaskans are still working to overcome the economic fallout from the pandemic and many schools continue to struggle with supply shortages and higher prices.”

The cost of the bill is still being worked out, and some version of it may end up in a future Covid-related funding plan, Stabenow said.

While the bill’s supporters are majority Democrats, she plans to continue speaking with her Republican colleagues in an effort to find “a path forward to keep the flexibilities and the funding to feed our children.”

School nutrition advocates said they will also reach out on Capitol Hill to seek support for the bill.

Erik Ortiz is a staff writer for NBC News focusing on racial injustice and social inequality.