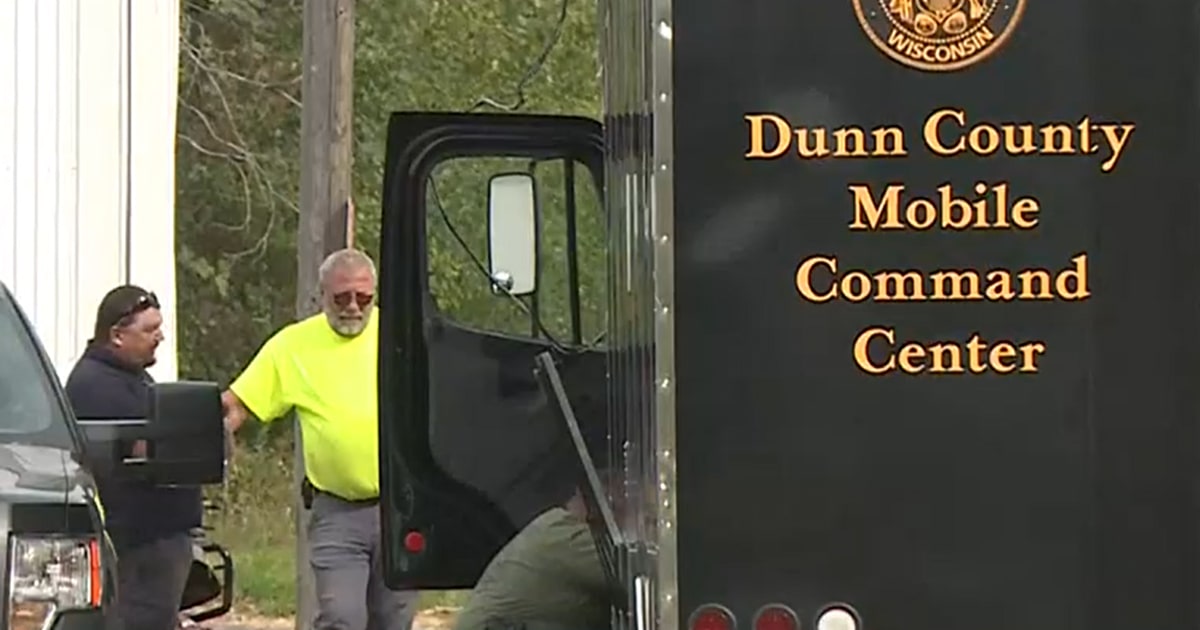 MENOMONIE, Wis. — One of two men suspected in the shooting deaths of four people found in an abandoned SUV in Wisconsin was spotted meeting with one of the victims the night before at a Minnesota bar, authorities said Thursday.Darren Lee McWright, 56, from St. Paul, Minnesota, who also uses the alias last name of…

MENOMONIE. Wis. — Authorities said that one of the two suspects in the shooting deaths in Wisconsin of four people was seen meeting up with one of the victims at a Minnesota bar the night before.

Darren Lee McWright, 56, from St. Paul, Minnesota, who also uses the alias last name of Osborne, was arrested on a warrant from Dunn County, Wisconsin, and is being held in the Ramsey County Jail. A warrant is out for the other suspect, Antoine Darnique Suggs, 38, who is believed to be in the Twin Cities area.

A complaint filed Thursday against McWright, who’s charged in Dunn County with four counts of hiding a corpse, said witnesses told police they saw Suggs late Saturday in the White Squirrel Bar in St. Paul with Nitosha Lee Flug-Presley, 30, of Stillwater. According to the complaint, one witness observed the pair at the bar. A second witness witnessed Flug-Presley buying a shot of Tequila and giving it to Suggs. The complaint stated that Flug-Presley’s aunt said her niece had a “thing” with Suggs, and that he would fly from Arizona to visit her. According to public records, Suggs was living in Scottsdale, Arizona where he is listed as Darnque Apparel’s manager and owner.

A farmer discovered the bodies of Flug-Presley and three others Sunday in his Dunn County cornfield, about 60 miles to the east. Authorities said that all four were victims of gunshot wounds.

The other victims were Flug-Presley’s longtime friend, Jasmine Christine Sturm, 30, of St. Paul; Sturm’s brother, Matthew Isiah Pettus, 26, of St. Paul; and Sturm’s boyfriend, Loyace Foreman III, 35, of St. Paul. The motive for the murders has not been stated by police.

Authorities were able to connect the suspects and victims through surveillance videos and witnesses.

Investigators said street camera footage outside the White Squirrel showed a dark SUV at about 2: 08 a.m. Sunday. Sturm is seen running into the vehicle from the passenger side of the vehicle. The footage also shows the driver’s side being open. According to the complaint, another witness claimed she witnessed Flug-Presley and Sturm getting into a black SUV.

All four victims were shot in the head according to the complaint. Flug-Presley was found in the front passenger seat of the 2008 Mercedes Benz GL and the other three victims were in the backseat.

Surveillance video at the Bridgestop convenience store near Sheridan Town Hall in Wheeler, Wisconsin showed the Mercedes pulling up to a gas pump just after noon on Sunday. Minutes later, another pump is seen being pulled up by a black Nissan Rogue. The mother of Darren Suggs was able to trace the Nissan Rogue back to her. She told police that her brother, Antoine Suggs uses the vehicle when he is in town.

Darren Suggs told police that McWright is his biological father and confirmed through a still photo that he was one of the suspects at the Bridgestop.