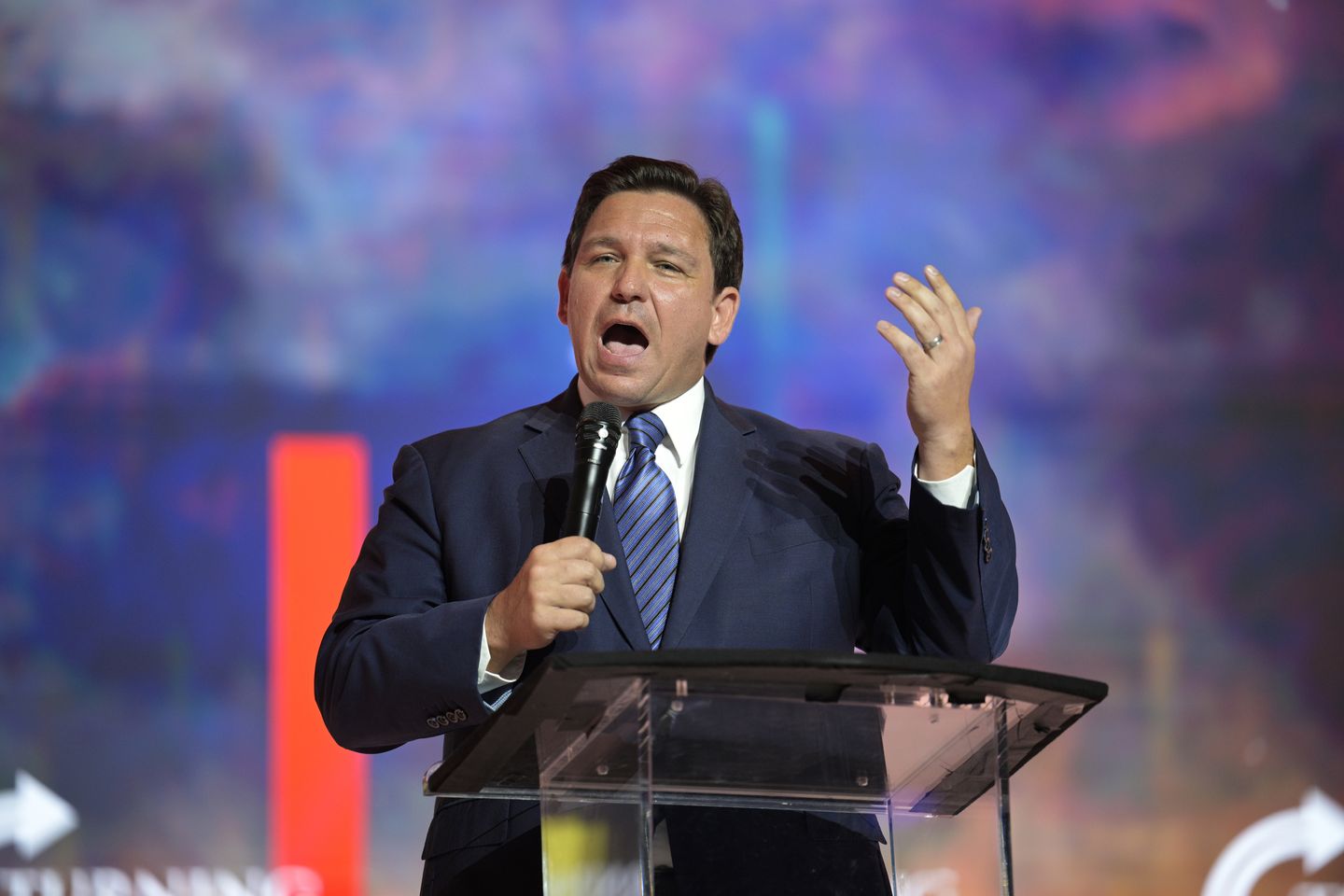 JACKSONVILLE, Fla. — Florida Gov. Ron DeSantis said Thursday that he is suspending Tampa’s “woke” state attorney, Andrew Warren, for “refusing to enforce Florida law,” including abortion law, and for enacting soft-on-crime policies that have made the community less safe. Referring to Florida’s new ban on abortion at 15 weeks, Mr. DeSantis said of the…

JACKSONVILLE, Fla. — Florida Gov. Ron DeSantis said Thursday that he is suspending Tampa’s “woke” state attorney, Andrew Warren, for “refusing to enforce Florida law,” including abortion law, and for enacting soft-on-crime policies that have made the community less safe.

Referring to Florida’s new ban on abortion at 15 weeks, Mr. DeSantis said of the prosecutor, “It’s not for him to put himself above that and say that he is not going to enforce the laws.”

Mr. Warren, a far-left Democrat who won his seat in 2016 after campaigning on criminal justice reform, has acted increasingly at odds with Republican leaders in the state. He most recently announced that he would not enforce any abortion restrictions in the wake of the Supreme Court ruling in June overturning Roe v. Wade, which legalized abortion at the federal level.

The governor said Mr. Warren was overstepping his authority.

“The Constitution of Florida has vested the veto power in the governor, not individual state attorneys, and so when you flagrantly violate your oath of office, when you make yourself above the law, you have violated your duty,” the governor said at a press conference. “You have neglected your duty, and you are displaying a lack of competence to be able to perform those duties, and so today, we are suspending State Attorney Andrew Warren effective immediately.”

Mr. DeSantis said he would replace Mr. Warren with Susan Lopez, a judge on the Hillsborough County Court.

A spokesperson for Mr. Warren did not respond to a request for comment.

Mr. Warren in June became the only state attorney in Florida to sign a pledge that he would not prosecute women for having abortions.

The state’s 15-week ban on the procedure has faced a litany of court challenges.

“Let it be known that DeSantis not only wants to ban abortion in Florida, he wants to arrest people who seek self-managed abortions,” said state Rep. Anna Eskamani, a Democrat.

Ammar Moussa, a spokesperson for the Democratic National Committee, said Mr. DeSantis is suspending a democratically elected state attorney in a bid to ban abortions and throw doctors who perform them in jail.

“It’s fundamentally un-American and a clear demonstration of what extremes DeSantis will go to, to infringe on Floridans’ freedoms,” Mr. Moussa said.

On the state attorney’s website for Hillsborough County, Mr. Warren pledged to “make Hillsborough County safer while promoting justice and fairness for everyone,” including alternatives to prison time for first-time, nonviolent and juvenile offenders.

Although Mr. Warren was elected twice, Mr. DeSantis said he is legally authorized to suspend him under the state constitution.

“The conduct that he has done has fallen below the standard that’s required in the Florida Constitution,” Mr. DeSantis said. “When you’re saying you’re not going to enforce certain laws you don’t like, that’s a neglect of duty that, quite frankly, is incompetence as defined in Florida law. And Florida courts have been very clear that saying you’re just not going to enforce the law is, by definition, a dereliction of duty.”

In a statement on Twitter, DeSantis spokeswoman Christina Pushaw described Mr. Warren as a liberal prosecutor “backed by [George] Soros,” a liberal megadonor who has pumped money into electing liberal prosecutors who will impose liberal criminal justice agendas.

“They treat criminals with deference & victims with contempt,” Ms. Pushaw said. “This dereliction of duty is why crime is surging. But Governor Ron DeSantis won’t stand for this. He just suspended the one in Florida.”

Mr. DeSantis made the announcement amid growing discontent with liberal prosecutors who have softened their treatment of criminals in places now plagued by higher crime rates.

In Los Angeles, liberal District Attorney George Gascon is facing a recall after opponents collected more than 700,000 signatures to put the question on the November ballot.

He was elected after defeating Republican Mark Ober in 2016. He pledged to reduce the number of juveniles charged as adults, cut the number of death penalty cases and create a task force to overturn wrongful convictions.

In addition to rejecting the state’s abortion law, Mr. Warren announced that he would not enforce any ban on transgender treatments for children if the state Legislature enacts them.

“I don’t think that people of Hillsborough County want to have an agenda that is basically woke where you’re deciding that your view of social justice means certain laws shouldn’t be enforced,” Mr. DeSantis said. “I don’t think there’s very many people that believe that is consistent with the rule of law.”