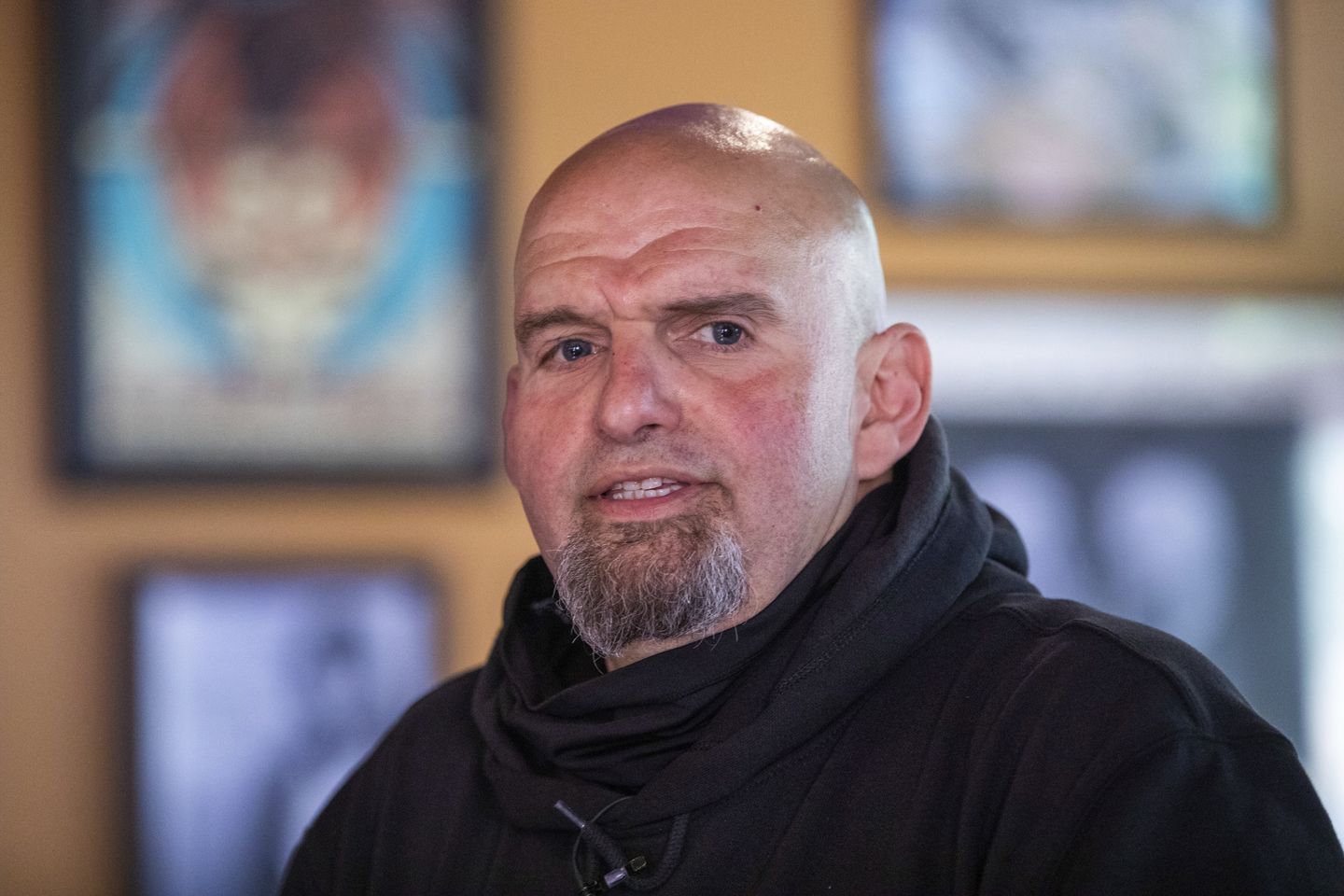 Lt. Gov. John Fetterman locked up the Democratic nomination in Pennsylvania’s closely watched U.S. Senate race, but the Republican contest was still too close to call Tuesday night in the biggest test yet of former President Trump‘s influence on the GOP. Overcoming a stroke in the final days of the campaign, Mr. Fetterman defeated Rep.…

Lt. Gov. John Fetterman locked up the Democratic nomination in Pennsylvania’s closely watched U.S. Senate race, but the Republican contest was still too close to call Tuesday night in the biggest test yet of former President Trump‘s influence on the GOP.

Overcoming a stroke in the final days of the campaign, Mr. Fetterman defeated Rep. Conor Lamb and state Rep. Malcolm Kenyatta, and advanced to what is expected to be among the marquee Senate matchups in the 2022 midterm elections this fall.

The race was called with Mr. Fetterman, who was implanted with a pacemaker on Tuesday, leading Mr. Lamb by roughly 54% to 30%. The winner celebrated his victory at Lancaster General Hospital.

Mr. Trump had bragging rights on the line in Pennsylvania after tossing his support behind Mr. Oz, who still struggled to convince some of Trump’s loyalist supporters that he is a committed “America First” conservative.

Mr. Oz and Mr. McCormick spent tens of millions of dollars attacking each other over the airwaves. The back-and-forth opened the door for Ms. Barnette to emerge as a viable alternative in the eyes of some primary voters.

Backed by the conservative Club for Growth, Ms. Barnette surged over the closing days of the campaign – drawing an intense barrage of attacks from her better-funded rivals.

The race was too close to call shortly after the polls closed at 8 p.m.

Mr. Trump, meanwhile, notched another win in North Carolina, where his preferred pick, Rep. Ted Budd, who also had the support of the Club for Growth, was projected to be the winner in the Senate GOP nomination race against former Gov. Pat McCrory and former Rep. Mark Walker.

“Congressman Budd emerged from a talented primary field by running a strong race focused on the issues that North Carolinians care most about,” said Florida Sen. Rick Scott, chair of the National Republican Senatorial Committee, the campaign arm for Senate Republicans. “The strong Republican turnout across the Tar Heel State shows that voters are fired up and ready to keep their state in Republican hands.”

Rep. Madison Cawthorn also was fighting for his political life in North Carolina’s 11th Congressional District. The 26-year-old has faced a series of salacious headlines and self-made controversies that stirred doubts about his political future.

Mr. Cawthorn was trailing state Sen. Chuck Edwards early on in the eight-person primary race. To win the nomination outright, a candidate needed to capture at least 30% of the vote to avoid a two-person runoff.

On the Democratic side, Cheri Beasley, the first Black woman to be chief justice of the North Carolina Supreme Court, cruised toward victory in the Senate Democratic primary race.

“There is a lot of work ahead of us to deliver real progress for our families — on lower costs, climate change, voting rights and more,” Ms. Beasley said in a fundraising email after the race was called. “That starts with winning this race and expanding our Democratic majority in the Senate.”

“North Carolina’s open seat is our best chance to do that, but the Republican attack ads against me have already started,” she said.

Mr. Fetterman’s victory in Pennsylvania’s Democratic primary marked the end of a tumultuous few days for the 52-year-old.

Mr. Fetterman suffered a stroke from a blood clot on Friday and announced Tuesday shortly before polls closed that he “just got out of a procedure to implant a pacemaker with a defibrillator in my heart.”

“We got the all-clear that it was successful, and that I’m on track for a full recovery,” he said on social media. “Now back to resting + recovering!”

The episode was not enough to trip him in a primary race that he had led since diving into the contest in early 2021, although his GOP opponent is sure to raise questions about his health in the general election.

Mr. Fetterman is poised to test whether his unique personal brand is enough to overcome what is shaping up to be a harsh political environment for Democrats.

President Biden’s approval rating is underwater, and the party holding the White House typically loses seats in the midterms.

Voters are concerned about rising crime, unprecedented chaos at the southern border, coronavirus supply chain issues, the war in Ukraine and soaring inflation that is hitting Americans’ wallets at the pump and in grocery stores.

During the primary, Mr. Fetterman stood up from the pack, in both appearance and politics.

Standing 6-foot-8 with a bald head, tattoos, and known for sporting cargo shorts and hoodies, Mr. Fetterman was a media sensation before he entered the race.

He supports marijuana legislation, a minimum wage hike, prison reform and Medicare for All.  He also has gained notoriety for pushing back against former President Trump’s stolen election claims.

But Mr. Fetterman proved to be less progressive on other fronts. He opposed efforts to ban fracking, abolish the Electoral College and pack the Supreme Court.

His supporters are convinced that his style and message will be enough to cobble together a winning coalition that includes working-class white voters who have moved away from the Democratic Party.

On the flip side, Democrats and political observers wonder whether Mr. Fetterman’s brand will resonate with voters in the suburbs who have played a key role in recent statewide elections in Pennsylvania.

Mr. Fetterman also could have a challenge with Black voters over a 2013 incident when he was mayor of Braddock.  Responding to what he thought was the sound of gunshots, he brandished a shotgun and chased down a Black male jogger, detaining him until police arrived. The man was wearing running clothes and unarmed.

Mr. Fetterman raised $16 million for his Senate bid, and as of April 27 had more than $1.8 million cash on hand.