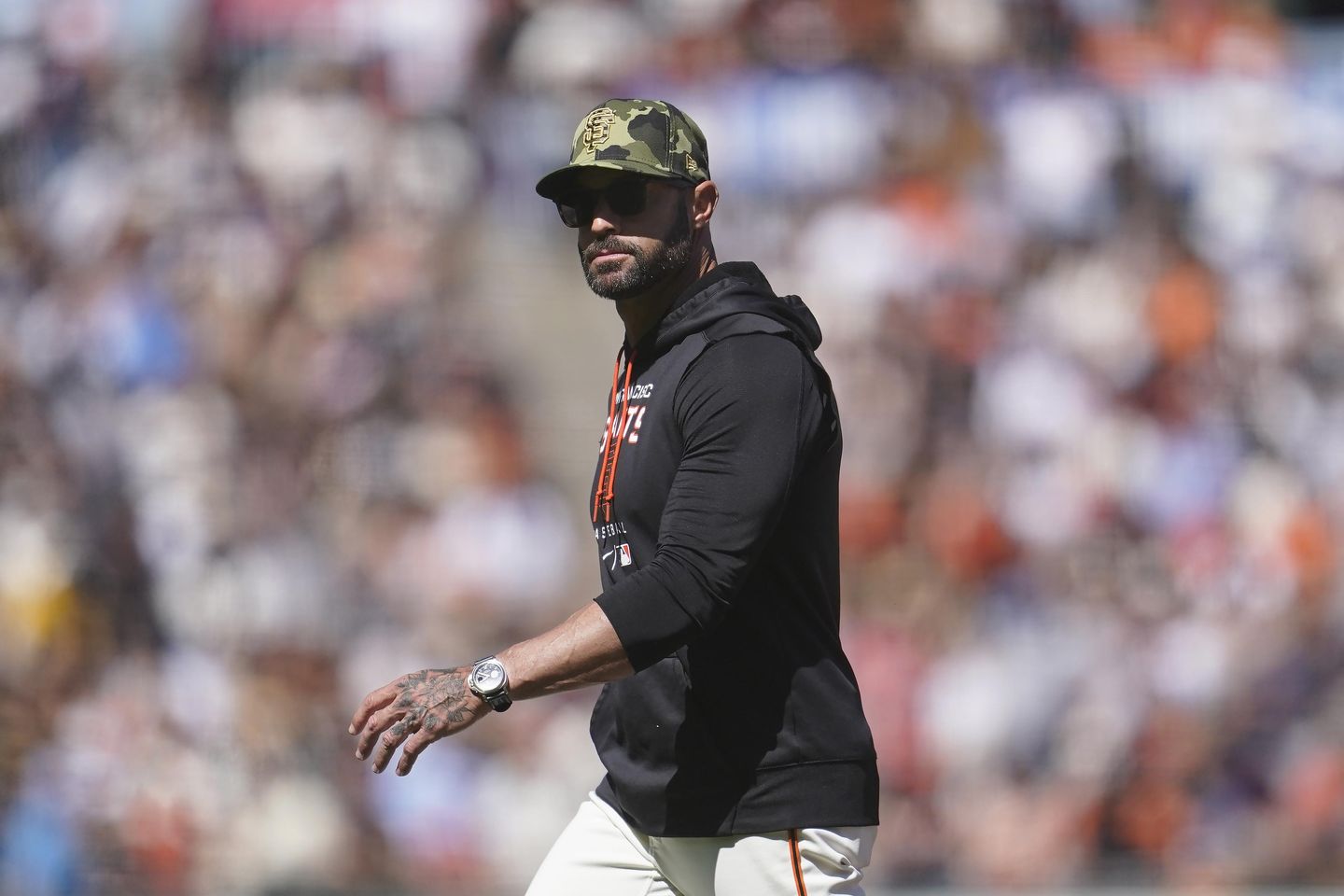 SAN DIEGO — Several of Gabe Kapler’s fellow managers are offering their support for his decision to avoid the field during the national anthem as a protest following the school shootings in southwestern Texas. Kapler, manager of the San Francisco Giants, said Friday he doesn’t plan to be on the field for the anthem “until…

SAN DIEGO — Several of Gabe Kapler’s fellow managers are offering their support for his decision to avoid the field during the national anthem as a protest following the school shootings in southwestern Texas.

Kapler, manager of the San Francisco Giants, said Friday he doesn’t plan to be on the field for the anthem “until I feel better about the direction of our country. I don’t expect it to move the needle necessarily. It’s just something that I feel strongly enough about to take that step.”

One day after Kapler‘s comments, no uniformed Giants were on the field for the anthem before the team’s 3-2 loss to the Reds.

Nineteen children and two teachers were killed at an elementary school in Uvalde, Texas, on Tuesday. The attack occurred just 10 days after a gunman espousing racist hatred killed 10 Black people at a supermarket in Buffalo, New York.

“I think we’re all frustrated, especially in this country,” Woodward said. “Nobody’s happy. It’s not about which side you’re on. It’s just we’ve got to get better as a society. … I’m not going to really make comment either way on whether I would or wouldn’t do what he did.”

Boston Red Sox manger Alex Cora said Kapler, his former teammate, has been vocal about several subjects and “for that, I’m proud of him. He’s a good friend of mine and the kind of guy I respect from afar for what he’s doing, and if this is what he’s doing, good for him. I understand his reasons. He was very open about it and I know there’s a lot of people that are going to support him.”

New York Mets manager Buck Showalter also said he respected “how Gabe feels and the way he’s going about it.” Asked about Kapler, Philadelphia manager Joe Girardi responded: “That’s Gabe’s decision. That’s all, I’m going to leave it at that.”

Chicago White Sox manager Tony La Russa said he agrees with Kapler that something needs to be done. He just doesn’t think the anthem is the proper time to protest.

“I have great respect for him personally,” La Russa said. “I like him. And I think he’s right. But it’s not the flag. And it’s not the anthem.”

Washington Nationals manager Dave Martinez said he’s rarely on the field for the anthem because of meetings and other pregame prep.

“If I’m not out there it’s not because I’m boycotting anything,” Martinez said. “But I do believe that we need to figure something that’s better for everybody’s lives because what we have now is not working at all.

“Everybody has their own views and preferences. … Gabe’s his own person and Gabe does what he wants to do. I do things differently than Gabe.”

Arizona manager Torey Lovullo called Kapler “a humanitarian,” and that he was “very supportive of what Gabe is doing.” But Lovullo said he tries “not to get involved in that arena. It’s a very, very sad and touchy subject for me.”

Lovullo’s wife and his father’s family are from Buffalo.

“So I do have a lot of thoughts on it, and I will say that things have to stop, things have got to get better,” he said. “I just hope we’ll move in that direction quickly.”

Los Angeles Dodgers manager Dave Roberts said Kapler “is very passionate about things he believes in and that’s his way of protesting. … I don’t think any of us are happy with what’s going on in our country. I do respect people using whatever platforms they have to address that.”

Kapler has protested during the anthem in the past. In July 2020, before the start of the virus-shortened 60-game season, Kapler joined outfielder Jaylin Davis in taking a knee ahead of an exhibition game against the Oakland Athletics. Davis was making a statement about racial and social issues facing the country.