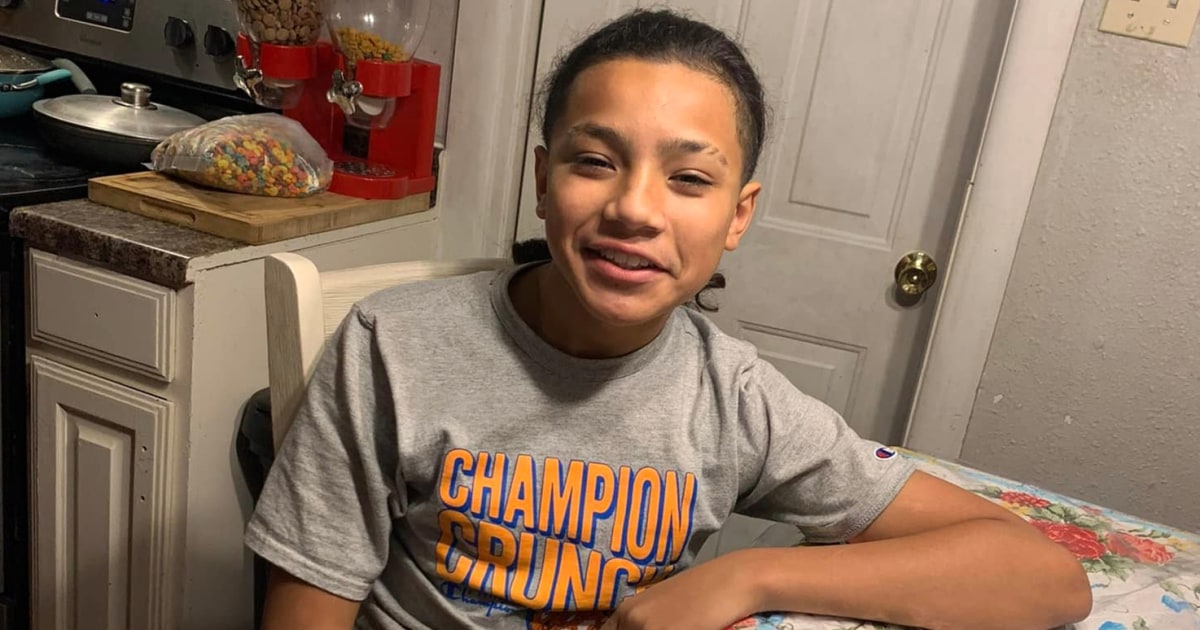 A lawyer representing the family of a 13-year-old boy who was killed by a San Antonio police officer earlier this month called for the officer’s arrest and indictment.Lee Merritt said it is clear in video of the shooting that there was an “unjustified use of force” by officer Stephen Ramos when he shot Andre Hernandez…

A lawyer representing the family of a 13-year-old boy who was killed by a San Antonio police officer earlier this month called for the officer’s arrest and indictment.

Lee Merritt said it is clear in video of the shooting that there was an “unjustified use of force” by officer Stephen Ramos when he shot Andre Hernandez Jr. while the teen was inside a car with two other teenagers. Andre died from his injuries at a hospital. Ramos has been placed on paid administrative duty.

“Stephen Ramos committed a crime on June 3 when he shot without provocation or without a proper justification into a vehicle full of children wounding and killing AJ Hernandez,” Merritt said on Tuesday. “Although we understand the investigation is ongoing, when there exists probable cause that a crime has occurred in the jurisdiction, the prosecutor’s office has the authority to issue arrest warrants.”

In a statement to NBC News, the district attorney’s office said the “incident is under an internal investigation by San Antonio police who will hand over their findings to the Bexar County District Attorney’s office.” The office said its civil rights division “will do a thorough review of the incident and then present it to a Grand Jury, which will determine whether there is sufficient evidence to send the case to a trial court.”

Merritt said Ramos should be charged with murder because pointing a “weapon at a 13-year-old suspect who represented no threat to anyone and pulling the trigger is consistent with a murder charge or some level of homicide indictment.”

The San Antonio Police Department did not immediately return a request for comment from NBC News.

According to earlier police statements, Andre intentionally crashed the car he was driving into a police vehicle, prompting Ramos to shoot into the teen’s car because he feared other officers would be struck.

However, that narrative was disputed by Merritt, who watched two police dashcam videos and footage from Ramos’ bodycam.

In describing the scene, Merritt said that both the car Andre was driving and the area around it were “very well lit” making it clear that the car was “occupied by children.” Merritt said the other passengers in the car were a 14-year-old boy and a 16-year-old girl.

“The car was not traveling more than 2 to 5 miles per hour,” the lawyer said. “There was no ramming or crash, it was a bump.”

Merritt said no verbal warning was given and the shot, which went through an open window on the passenger side, occurred within one second.

The family is not seeking the public release of the video at this time due to its “graphic nature,” the attorney said.

Lynda Espinoza, the boy’s mother, has not seen the video and said the incident has been “traumatizing” and that she just wants justice for her son. Espinoza has said police took five days to tell her an officer shot Andre, leaving her to figure it out herself using news articles about the incident.

In addition to criminal charges for Ramos, Merritt said he intends to file a civil wrongful death suit against the officers involved as well as the city of San Antonio. The suit will allege Fourth Amendment violations for the use of deadly force and improper seizure.

It will also allege a pattern of abuse by the city, in part, for inappropriately training officers to follow policies and procedures that “don’t emphasize the value of preserving human life,” he said.

“The law requires officers to be brave enough to go hands-on when dealing with suspects that they can go hands-on with, but there was never any indication that anyone in this car was armed,” he said. “They were never aggressive or even disrespectful to these officers. Every child involved in this case showed greater composure than the law enforcement officers they came into contact with.”

Safia Samee Ali is a reporter for NBC News Digital, based in Chicago.