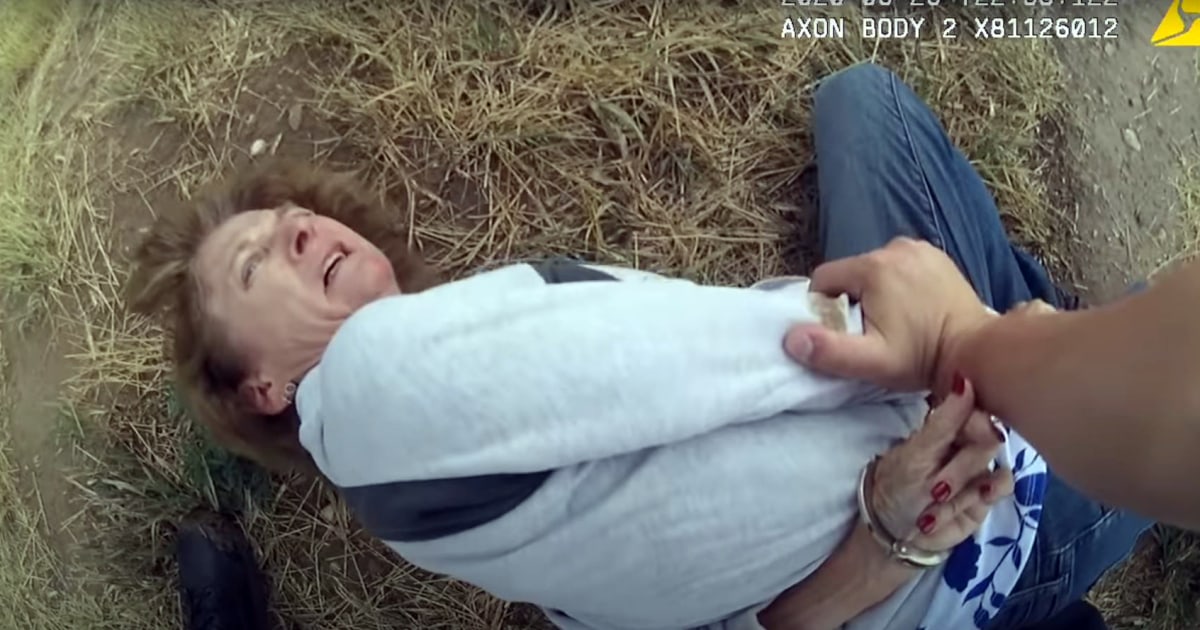 A former Colorado police officer who injured an elderly woman with dementia during an arrest in 2020 was sentenced Thursday to five years in prison. Austin Hopp, a former officer with the Loveland Police Department, appeared in a Larimer County court after he pleaded guilty to charges related to the June 26, 2020, arrest of…

A former Colorado police officer who injured an elderly woman with dementia during an arrest in 2020 was sentenced Thursday to five years in prison.

Austin Hopp, a former officer with the Loveland Police Department, appeared in a Larimer County court after he pleaded guilty to charges related to the June 26, 2020, arrest of Karen Garner.

A federal lawsuit said police slammed Garner, who was 73 at the time, to the ground and hogtied her.

State District Judge Michelle Brinegar said Hopp used his “position of power and authority to show off his toughness, disregard any sense of humanity, displayed an alarming degree of criminal thinking and caused a great deal of harm and trauma.”

“This case is not about a mistake,” she said before she handed down the sentence. “I do think you are sorry, but I don’t think you get it.”

Hopp was also sentenced to three years of mandatory parole.

Garner was arrested after she was accused of stealing about $14 worth of items from a Walmart. An attorney for Garner said she has dementia and sensory aphasia, which impairs her ability to verbally communicate with people or understand others’ communications. The attorney said that because of the dementia, Garner forgot to pay for the items, which were retrieved by Walmart employees.

Body camera video released by the attorney showed Hopp telling Garner to stop and talk to him as she walked home. Garner was seen on the video shrugging her shoulders as she continued to walk.

Garner suffered a dislocated shoulder, a fractured arm and a sprained wrist, according to the lawsuit, which the city settled in September for $3 million.

A second video released by the attorney showed Hopp and other officers at the police station laughing and joking about the arrest. He accepted a plea deal in March for the assault charge, which Garner’s family opposed.

Garner’s son, John Steward, addressed the court before the sentence was announced. He said Hopp “never even took a moment to ask questions or assess the situation.”

“Instead of assessing the situation further, he immediately grabbed her arm behind her back and threw her to the ground,” Steward said. “That’s not ever how I should see my mom being treated.”

Steward called Hopp “callous” and said he was “insensitive” for joking about the arrest. “He took pride in humiliating my mom,” he said.

Hopp apologized to the Garner family, saying he was “truly sorry.”

“I made a terrible mistake that day,” he said.

Hopp left the police department in April 2021. Two other officers, Jalali and Tyler Blackett, also left the department. Police did not specify whether they resigned or were fired.

Jalali was also charged with official misconduct and failing to stop or report Hopp’s actions. Her next court date is June 22, NBC affiliate KUSA of Denver reported.