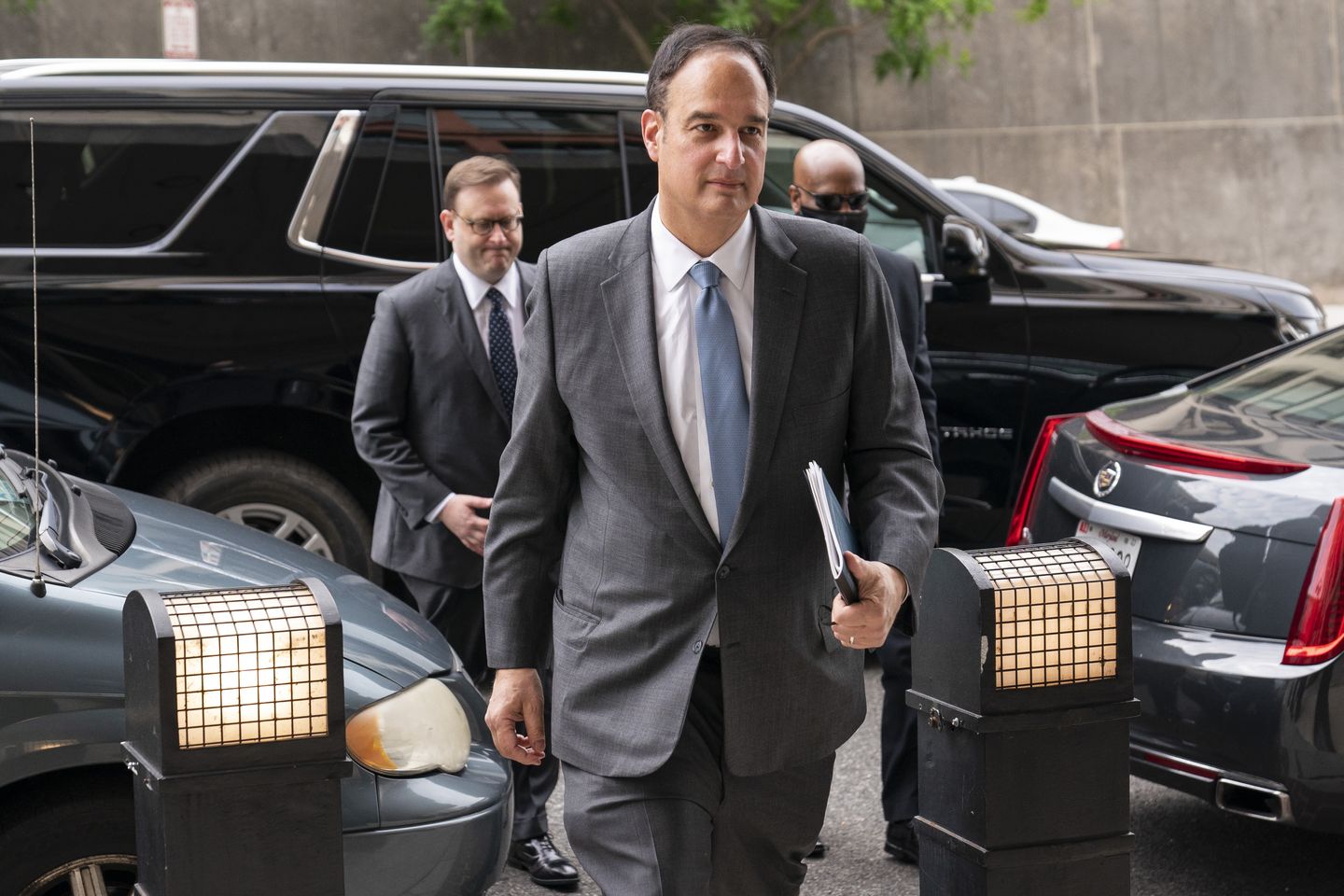 Billing records introduced Wednesday in the trial of Clinton campaign lawyer Michael Sussmann underscored the campaign’s connections to the promotion of a now-debunked tale linking former President Trump to Russia’s Alfa Bank. Jurors saw billing records from 2016 that showed Mr. Sussmann, while an attorney in private practice, repeatedly billed the campaign for meetings and…

Jurors saw billing records from 2016 that showed Mr. Sussmann, while an attorney in private practice, repeatedly billed the campaign for meetings and legal work.

The records showed Mr. Sussmann billing the Clinton campaign for “a confidential project,” which included Marc Elias, the top lawyer for the campaign. A handful of those discussions included tech executive Rodney Joffe, who compiled the data to support the Alfa Bank allegations.

One of those meetings occurred two days before Mr. Sussmann turned over purported evidence of electronic communications between Mr. Trump and Alfa Bank.

The proceeding in the federal courtroom in Washington is the first trial stemming from special counsel John Durham’s probe of the origins of the FBI’s investigation of Trump-Russia collusion in the 2016 presidential election.

Mr. Sussmann is charged with lying to the FBI when he told bureau lawyer James Baker that he was not representing “any client or company,” when he turned over the evidence. Prosecutors say Mr. Sussmann was meeting with the FBI on behalf of the Clinton campaign in a bid to gin up an October surprise.

As prosecutors tell it, the plan was to get the FBI to probe the Alfa Bank ties, which were later debunked. The campaign would then pitch stories to the media saying Mr. Trump was under federal investigation.

Mr. Elias, testifying Wednesday as the prosecution’s star witness, said what was discussed at the meetings was off-limits because of attorney-client privilege.

Defense attorneys for Mr. Sussmann seized on the lack of information surrounding the meetings. They noted the billing statements don’t break down how much time was spent on a particular task, meaning other topics could have been discussed.

Mr. Elias also told the court that he did not authorize Mr. Sussmann to meet with the FBI and no one from the campaign would have approved of him doing so. But he also said that Mr. Sussmann would not have come to him for approval.

He said that would not have supported going to the FBI because he didn’t feel the bureau aggressively investigated emails that had been hacked from the Clinton campaign earlier that year. That doused cold water on the prosecutors’ theory that the Clinton campaign pushed for the FBI meeting.

“I’m not sure I would have thought that the FBI was going to give a fair shake to anything they thought was anti-Trump or pro-Clinton,” Mr. Elias told the court.

Prosecutors said Mr. Sussmann had convened with members of the Clinton campaign five times ahead of his meeting with the FBI to turn over purported evidence of secret communications between the Trump Organization and Alfa Bank.

Defense attorneys maintain Mr. Sussmann was upfront about his connections to the Clinton campaign and since Mr. Baker didn’t take notes at their meeting no one knows what was really said.

Mr. Baker, who also testified Wednesday, showed the court a text message purportedly from Mr. Sussmann. The message read, “I have something time-sensitive (and sensitive) I need to discuss.”

“I’m coming on my own — not on behalf of a client or company —want to help the bureau,” the message said.