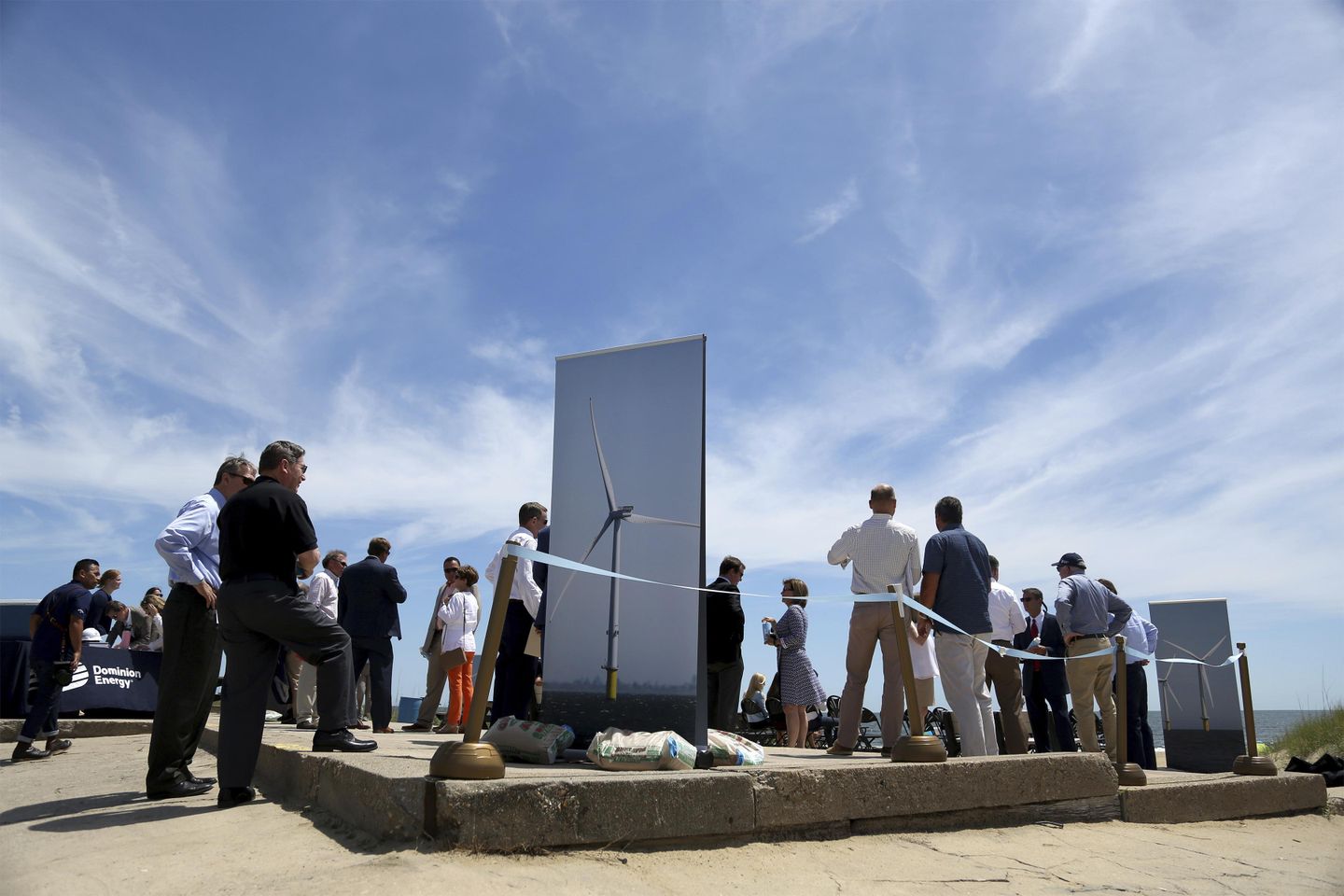 VIRGINIA BEACH, Va. — Twenty-seven miles off the coast of Virginia, Dominion Energy is preparing for the future of electricity generation. Dominion, one of the largest producers of electricity in the southeastern U.S., is constructing 180 wind turbines deep out in the Atlantic Ocean. When operational in 2026, Dominion’s Coastal Virginia Offshore Wind project will…

Dominion, one of the largest producers of electricity in the southeastern U.S., is constructing 180 wind turbines deep out in the Atlantic Ocean. When operational in 2026, Dominion‘s Coastal Virginia Offshore Wind project will produce upwards of 3,000 megawatts of electricity per day.

This is one of the first of its kind,” stated G.T. Hollet is the person in charge of the Dominion . project.

These turbines are 800 taller than the Washington Monument and will be the first to be installed in federal waters. When completed, the 180 turbines will span an area of 85,000 football fields — nearly the same size as the city of Tampa, Florida. At their peak output, the turbines will produce enough electricity to power 666,000 homes.

Dominion estimates the project will avoid adding up to 5 million tons of carbon dioxide into the atmosphere annually.

“When up and running, the turbines will provide electricity roughly equal to that used by 25% of our customer base,” said John Larson, the director of public policy and economic development at Dominion.

The project is green and will create the most jobs in the Hampton Roads area. Overall, economic agencies estimate the project will create 1,100 “direct and indirect jobs.”

“Each wind turbine is like a mini-power plant,” Mr. Larson said. It is complex to install and operate

The project is currently awaiting approval by the Environmental Protection Agency. It is expected to cost multibillions of dollars. The two pilot wind turbines Dominion currently had set up cost as much as $300 million.

Dominion‘s investment in wind power dovetails with President Biden’s pledge to lower greenhouse gas emissions by more than 50% by 2030. The White House has targeted utility companies to meet its goal.

Mr. Biden has proposed a 100% carbon-free electricity mandate by 2035. The policy explicitly targets the coal and natural gas industries, which produce 63% of all electricity consumed in the U.S., according to the Energy Information Administration.

Both supporters and opponents agree that a significant cut in electricity is unnecessary given the direction utilities are taking on their own.

Producers have already shifted to natural gas as it produces less carbon than coal and are significantly reducing their dependence on fossil fuels. In 2020, more than 39% of all U.S. electricity was generated from carbon-free sources such as nuclear power and hydroelectricity.