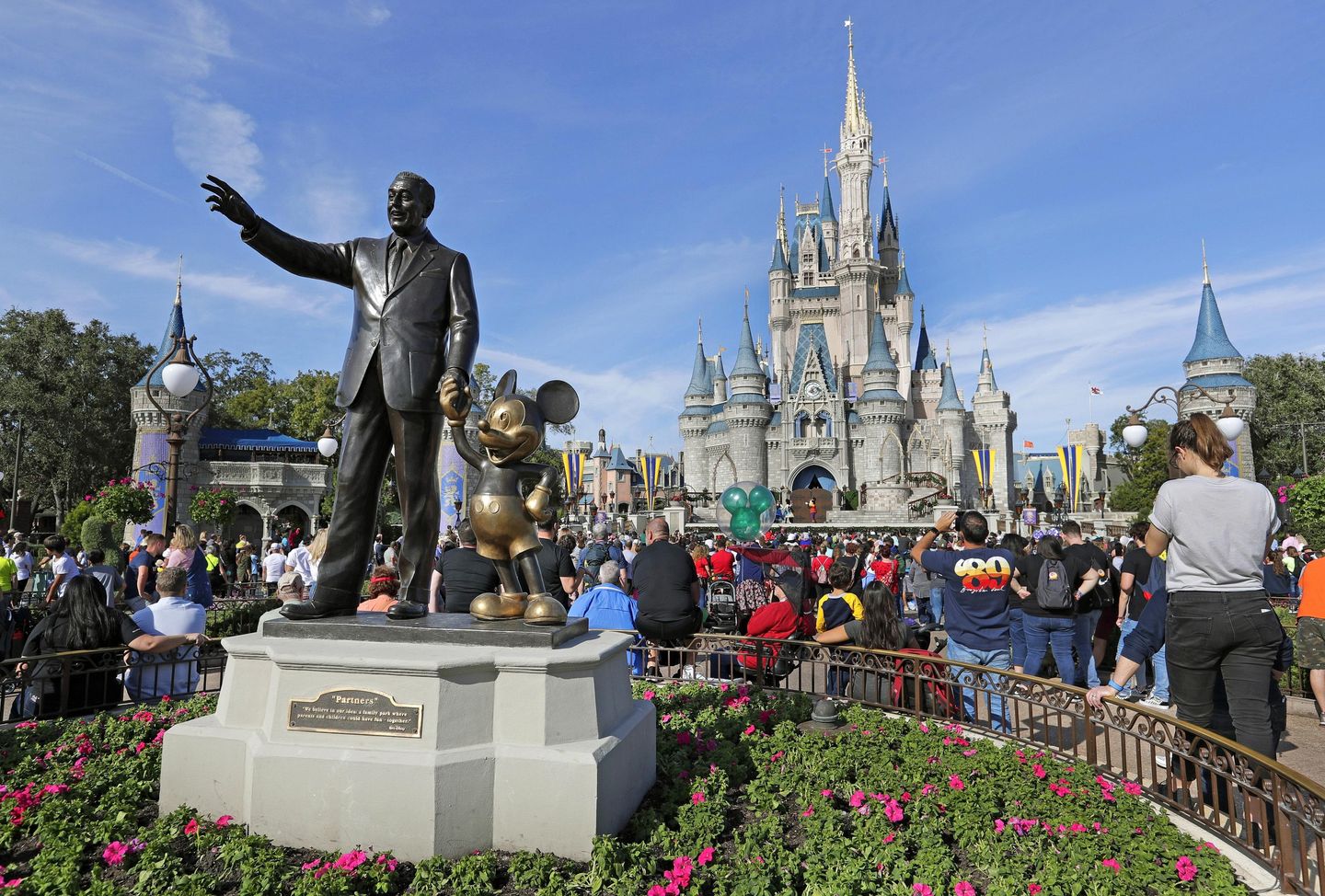 The Walt Disney Co. is fighting Florida’s so-called “Don’t Say Gay Bill” even as the company embraces what could be described as a policy of “Don’t Say Boys and Girls.” Leaked video clips posted by Manhattan Institute senior fellow Christopher Rufo show Disney executives promoting gender-neutral language at theme parks and a “gay agenda” in…

The Walt Disney Co. is fighting Florida’s so-called “Don’t Say Gay Bill” even as the company embraces what could be described as a policy of “Don’t Say Boys and Girls.”

Vivian Ware, Disney diversity and inclusion manager, said the company began eliminating “gendered greetings” last year at the Magic Kingdom such as “ladies and gentlemen” and “boys and girls,” replacing them with phrases such as “hello, friends.”

“Last summer, we removed all of the gendered greetings in relationship to our live spiels,” Ms. Ware said. “So we no longer say ‘ladies and gentlemen, boys and girls.’ We’ve provided training for all of our cast members in relationship to that, so now they know it’s ‘hello everyone,’ or ‘hello friends.’”

Disney isn’t finished. “We’re in the process of changing over those recorded messages,” she said.

“Many of you are probably familiar when we brought the fireworks back to the Magic Kingdom, we no longer say ‘ladies and gentlemen, boys and girls,’ we say ‘dreamers of all ages,’” said Ms. Ware. “So I love the fact that it’s opened up the creativity, the opportunity for our cast members to look at that.”

Why replace the greetings? “We don’t want to just assume that because someone might be, in our interpretation, may be presenting as female that they may not want to be called princess,” she said.

“So let’s think differently about how do we really engage with our guests in a meaningful and inclusive way that makes it magical and memorable for everyone,” said Ms. Ware.

A Disney spokesperson confirmed in July that “Ladies and gentleman, boys and girls” had been removed from its fireworks show announcement to promote diversity, according to Newsweek.

SCOOP: Disney diversity and inclusion manager Vivian Ware says the company has eliminated all mentions of “ladies,” “gentlemen,” “boys,” and “girls” in its theme parks in order to create “that magical moment” for children who do not identify with traditional gender roles. pic.twitter.com/OWsGTUoeCA

Disney released a statement Monday after Florida Gov. Ron DeSantis signed HB 1557, the Parental Rights in Education bill, saying its “goal as a company is for this law to be repealed by the legislature or struck down by the courts.”

The newly signed legislation — derisively rechristened as the “Don’t Say Gay Bill” by critics — bans schools from teaching lessons on gender identity and sexual orientation to children from kindergarten through the third grade.

Supporters of the ban contend the law is a common-sense affirmation of the rights of parents to expect an age-appropriate classroom environment for children.

The Disney virtual meeting included Karey Burke, president of Disney General Entertainment Content, who said she was shocked when an employee pointed out at a March 20 open forum that “we only have a handful of queer leads in our content.”

“We have many, many, many LGBTQIA characters in our stories, and yet we don’t have enough leads and narratives in which gay characters just get to be characters, and not have to be about gay stories,” said Ms. Burke. “And so that’s been very eye-opening for me, and I can tell you it’s something that I feel perhaps had this moment not happened, I as a leader and me and my colleagues would not have focused on, and going forward, I certainly will be more so.”

Latoya Raveneau, Disney television executive producer, said she was surprised how “super welcoming” the company was to “my not-at-all-secret gay agenda.”

“Our leadership over there had been so welcoming to my not-at-all-secret gay agenda,” said Ms. Raveneau. “I felt like maybe it was [not] that way in the past, and I guess something must have happened, like they’re turning it around, they’re going hard.”

She said she has aggressively added “queerness” to her shows.

“I felt that sense of, I don’t have to be afraid to like, let’s have these two characters kiss, in the background. I was just wherever I could, just basically adding queerness,” Ms. Raveneau said. “If you see anything queer in the show, ‘The Proud Family’ … I just was like, no one would stop me and no one was trying to stop me.”

Disney production coordinator Allen Merch said he was focused on adding more “gender nonconforming characters” in his work on the Disney Channel’s “Marvel’s Moon Girl and Devil Dinosaur” show, saying the team has been “really open to exploring queer stories.”

“I put together a tracker of our background characters, to make sure we have the full breadth of expression,” he said. “And we got into a very similar conversation, Karey, of, ‘Oh, all of our gender nonconforming characters are in the background, and so it’s not just a numbers game of how many LGBTQ+ characters you have.”

He said that the “more centered a story is on a character, the more nuanced you get to get into their story.”

Disney‘s headquarters is in Burbank, California, while the Walt Disney World Resort is located near Orlando, Florida.