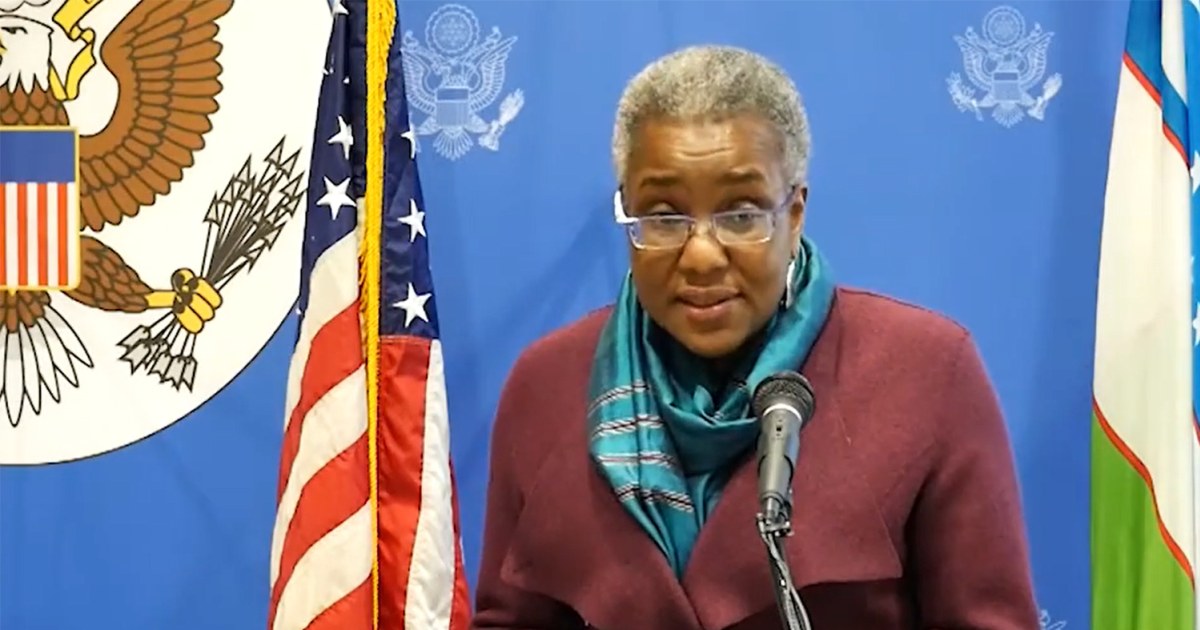 WASHINGTON — The top State Department official overseeing the response to “Havana Syndrome” is leaving her position after only six months on the job, three officials said.The Biden administration brought Ambassador Pamela Spratlen back from retirement in March to coordinate the agency’s response to the unexplained health incidents, which remain unsolved after four years of…

WASHINGTON — The top State Department official overseeing the response to “Havana Syndrome” is leaving her position after only six months on the job, three officials said.

The Biden administration brought Ambassador Pamela Spratlen back from retirement in March to coordinate the agency’s response to the unexplained health incidents, which remain unsolved after four years of investigation. At the time, Secretary of State Antony Blinken said she would “help us make strides to address this issue wherever it affects Department personnel and their families.”

Spratlen is departing this week as the State Department faces growing questions about its response to Havana Syndrome and the care and benefits being provided to suffering employees. In recent days, Spratlen had faced a public call for her resignation, and numerous U.S. diplomats said she had lost the confidence of affected employees.

The State Department said Wednesday that Spratlen was leaving now because she had “reached the threshold of hours of labor” allowed under her status as a retiree.

“We thank her for her service and invaluable contributions to the efforts of the Task Force,” a State Department spokesman said. “We expect to name her replacement soon.”

Diplomats suffering from Havana Syndrome voiced growing dismay this month in a tense phone call with Blinken and Spratlen over continuing stigma and disbelief within the U.S. government about their injuries, more than four years after the incidents began in Cuba.

Many affected people have complained about hearing strange sounds or feeling bizarre sensations before they developed symptoms, including headaches, cognitive and balance problems, hearing loss and nausea.

On the call, Spratlen responded to a question about an FBI study that found no evidence of an attack and determined that the staffers were most likely to be suffering from mass psychogenic illness, or mass hysteria.

Spratlen responded by saying she had read the study but did not indicate that she agreed or disagreed with its findings — a response that sufferers on the call later described as “invalidating.”

Marc Polymeropoulos, a former senior CIA officer who says he was hit by Havana Syndrome in Russia in 2017, wrote Tuesday on Twitter that declining to rule out the “mass hysteria” theory was “insulting to victims and automatically disqualifying” from leading the task force.

“State is not serious until Ambassador Spratlen is replaced,” Polymeropoulos said.

Aside from the State Department task force that Spratlen oversaw, the White House National Security Council is overseeing a broader effort to investigate the cause of the incidents, which the U.S. government in 2017 described as “targeted attacks.” That effort involves outside medical and scientific experts, as well as the U.S. intelligence community.

At least 200 U.S. government workers, many from the CIA and the State Department, have come forward to report suspected Havana Syndrome symptoms and incidents on every continent except Antarctica.

Brenda Breslauer is a producer with the NBC News Investigative Unit.