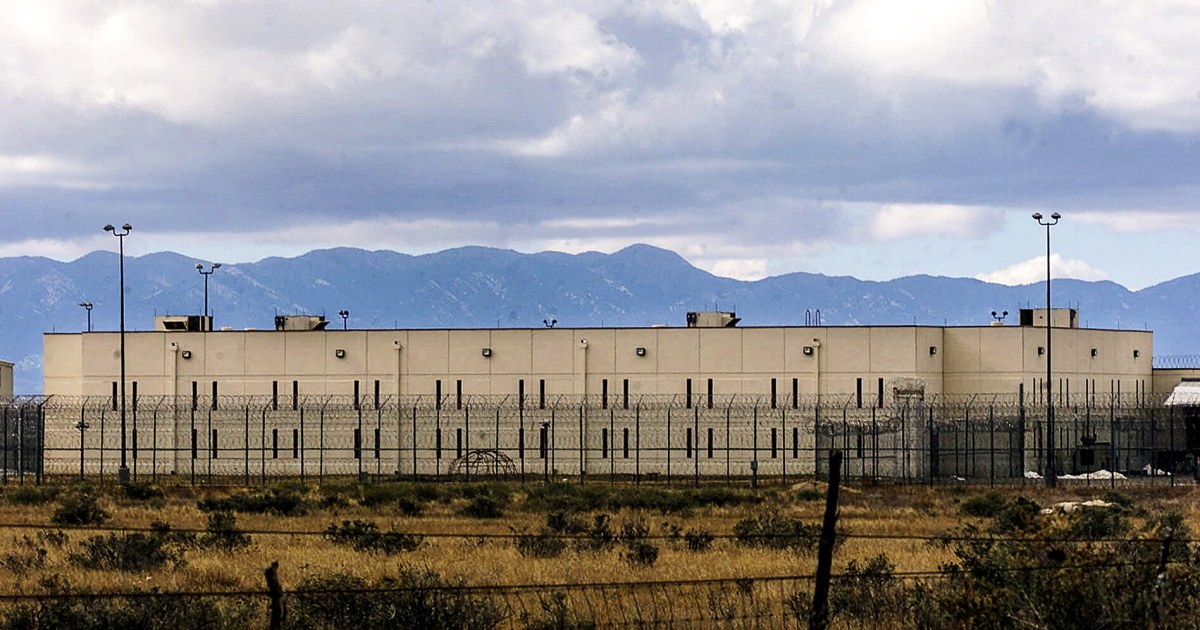 The Department of Homeland Security's inspector general is calling for the immediate removal of detainees from an Immigration and Customs Enforcement facility in New Mexico, citing "critical staffing shortages that have led to safety risks and unsanitary living conditions.""We recommend the immediate relocation of all detainees from the facility unless and until the facility ensures…

The Department of Homeland Security’s inspector general is calling for the immediate removal of detainees from an Immigration and Customs Enforcement facility in New Mexico, citing “critical staffing shortages that have led to safety risks and unsanitary living conditions.”

The facility in Estancia, located about an hour outside of Albuquerque, receives $2 million a month to house detainees.

During an unannounced inspection of the facility in February, inspectors found “egregious conditions” inside, mostly due to severe understaffing, the report said. At the time, the facility housed 176 male detainees.

Cuffari said his office reviewed all 157 cells in 8 housing units and found 83 detainee cells with plumbing issues, “including toilets and sinks that were inoperable, clogged, or continuously cycling water.”

Problems with broken faucets and sinks, along with restrictions on drinking fountains due to Covid-19, “resulted in detainees obtaining their drinking water from a communal area faucet intended for filling mop buckets,” he said, adding that the facility “exposed staff and detainees to excessive and avoidable unsanitary conditions.”

The inspector general said his team also found mold throughout the facility.

At the time of the inspection, Torrance was at 54 percent of required staffing, with 133 full-time employees, and had 112 staffing vacancies, with the majority in the area of security, the report said. Due to the staffing shortage, current staff were required to work a minimum of six overtime shifts a month “to help bridge the gap,” it continued.

Additionally, the management alert — essentially a call for immediate action — found that officers did not properly supervise and monitor detainees in the housing units. It also listed other issues with the facility, including deficiencies on staff communication with detainees, on Covid-19 mitigation and medical care as well as access to legal services. Cuffari said his office plans to release another report focusing on those issues.

ICE disagreed with the inspector general’s findings and accused the inspectors of being “unprofessional,” in a response included in the management alert.

“ICE leadership believes Torrance is in compliance with relevant detention standards for staffing and sanitary conditions and that OIG’s recommendation is unwarranted,” the report said.

In response to the staffing shortages, ICE said since the inspection, Torrance has increased the number of staff by 29 percent to a current staffing level of 83 percent, and is also using overtime to ensure coverage of shifts, as appropriate.

The agency also said Torrance has completed repairs addressing all of the conditions identified in the report.

The inspector general, however, said ICE didn’t provide documentation to back up its claims, noting that the agency itself had previously complained that the company that runs the facility, CoreCivic, wasn’t living it up to the terms of the contract because of understaffing.

In a “contract discrepancy report” sent to Torrance in March, ICE said that “CoreCivic has not been able to demonstrate the ability to provide a safe environment for staff and noncitizens, provide the necessary security for proper facility security and control measures, and care necessary to ensure proper facility maintenance, overall cleanliness, and personal hygiene needs described” in national detention standards, the inspector general said.

The agency did not immediately respond to a request for comment.

A spokesperson for CoreCivic, Steve Owen, said Cuffari’s inspectors misrepresented evidence to “negatively portray the facility,” accusing them of using pictures of broken toilets in areas that were “unoccupied and scheduled for repairs.”

Owens also argued that staffing concerns are a “challenge faced by secure facilities, public and private, all around the country,” and said the facility “was appropriately staffed for the population size at the time of the inspection.”

The inspector general’s office said ICE’s arguments weren’t persuasive. “We reiterate our recommendation that detainees should be immediately removed from this facility,” its report said.