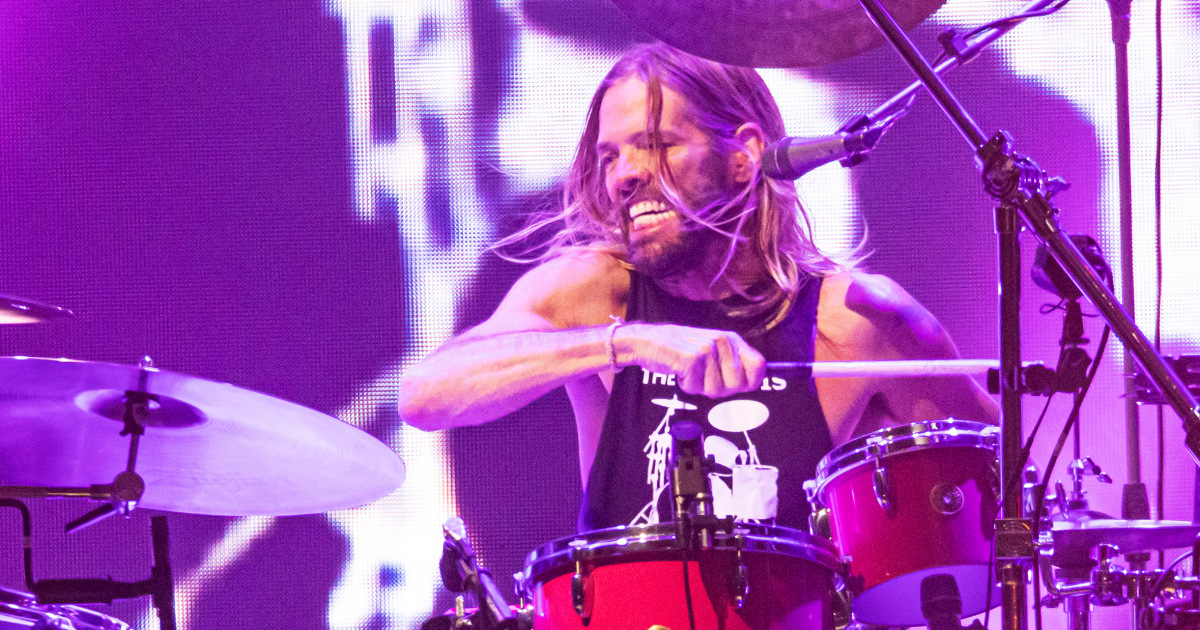 Colombian authorities on Saturday said Foo Fighters drummer Taylor Hawkins had 10 substances in his system when he was found dead in Bogotá on Friday. The office of the Attorney General of Colombia tweeted the update Saturday, saying a preliminary toxicology test found substances including opioids, benzodiazepines, tricyclic antidepressants, and THC, the psychoactive compound in marijuana.…

Colombian authorities on Saturday said Foo Fighters drummer Taylor Hawkins had 10 substances in his system when he was found dead in Bogotá on Friday.

The office of the Attorney General of Colombia tweeted the update Saturday, saying a preliminary toxicology test found substances including opioids, benzodiazepines, tricyclic antidepressants, and THC, the psychoactive compound in marijuana.

The office did not rule on the cause of death, and said that investigation is ongoing and results will be released after they are obtained.

Hawkins died Friday night in a hotel located in the town of Chapinero in Bogotá, Colombia, local health officials said in a news release Saturday morning.

Bogotá’s emergency center sent an ambulance to the hotel after receiving reports of “a patient with chest pains,” according to the Spanish-language press release.

Upon arrival, a health care professional initiated a resuscitation process to revive Hawkins, “however, there was no response, and the patient was declared deceased,” Bogotá’s District Department of Health said.

Teams from EMI, a health company providing home health care services, had also responded to the emergency, according to local health officials.

Authorities removed the body from the scene and opened an official investigation into the drummer’s death.

“The District Department of Health mourns the death of this talented musician and drummer, widely recognized internationally for his work,” Colombian health officials said in a statement. “Besides, the entity sends its message of condolences to the family, colleagues and followers.”

The attorney general’s office in Colombia said in a tweet earlier Saturday morning that a “team of prosecutors and investigators has been assigned to attend the urgent matter and support the investigation.”

Hawkins and the rest of the Foo Fighters band were scheduled to perform in Colombia for the first time in three years at the Festival Estéreo Picnic on Friday night in Bogotá, following their Latin American tour.

Sergio Urbano was one of about a dozen fans who gathered outside the hotel where Hawkins’ body was found to pay tribute to the drummer on Friday night.

“This has left me speechless; it’s something terrible, no one expected this, we expected to see them as the main act at Estéreo Picnic,” Urbano said in Spanish. “This is devastating.”

Some of the fans light up candles as they stood outside the hotel to mourn Hawkins’ death.

Ricardo Rodríguez, a Colombian drummer, said he “grew up listening to Foo Fighters and Taylor Hawkins.”

“I’ve heard everything he’s done as a composer too, as a soloist, and it seems incredible to me,” Rodríguez said in Spanish. “A musician, a composer with a lot of creativity, a complete soul is lost, a soul in music, popular rock, I’m shocked, in shock.”

The Foo Fighters first announced Hawkins’ death in a tweet Friday night saying, they were devastated by his untimely death.

“His musical spirit and infectious laughter will live on with all of us forever,” the band said in the statement.

“Our hearts go out to his wife, children and family, and we ask that their privacy be treated with the utmost respect in this unimaginably difficult time,” the band wrote.

Two days before Hawkins died, the band made a stop in Asunción, Paraguay, where the drummer shared a sweet moment with a young fan who looked up to him.

Nine-year-old drummer Emma Sofía was one of many fans waiting outside a Sheraton hotel where the Foo Fighters were staying, hoping to catch a glimpse of the band members, her father Julius Peralta said in a tweet.

The young musician set up her drums on the sidewalk and started playing “The Pretender,” alongside other rock hits, until her music idol came out to meet her.

“Dreams come true,” Peralta said, sharing a photo of his daughter and Hawkins.

According to Emma Sofía’s Instagram, she dreamed of one day playing “The Pretender” alongside the Foo Fighters in Paraguay. On Friday night, she had a chance to perform the song live in front of a large crowd.

Right after the show, Emma Sofía and her family received the grim news.

“We are devastated to hear of the passing of Taylor Hawkins, our thoughts are with his loved ones and fans,” Emma Sofía and her parents said in a statement on Instagram. “We will remember him for his charisma and the beautiful gesture he had with Emma. Taylor gave us something to believe in.”